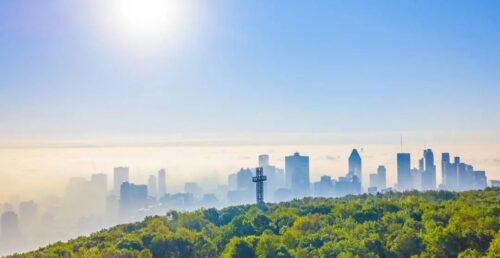 The biggest jazz festival in the world returns to Montreal for its 42nd edition this summer. After two years of virtual shows, the Montreal International Jazz Festival will return to its former glory.

Dozens of artists have been announced for this summer’s festival and can be found here, including a host of free outdoor performances.

When: June 30 to July 9
Time: Various times
Where: Various places

Canada’s biggest street food event returns to Montreal in June and will last all summer.

First Fridays have been held every summer since 2012, albeit on a limited basis during the pandemic. This time around, however, the street food summer party will return to its former glory.

With more than 50 food trucks and restaurateurs, the festival claims it’s the largest gathering of its kind from coast to coast.

Alright, so it’s not on the island of Montreal. But it’s so much fun, we couldn’t leave it out.

The Ormstown Expo, known locally as the Ormstown Fair, is gearing up for its 106th anniversary from June 9-12 and it’s a dandy time for city dwellers and country people alike.

Whether you’re driving from Montreal or living down the road, the Ormstown Fair is a favorite with fans of all ages.

YATAI MTL will host street food stalls, a market, cultural programs and music and is expected to attract over 15,000 people over the three days.

The Festival St-Ambroise Montreal Fringe is like a summer block party filled with theatre, dance, music and humor. There are over 800 performances spread across Le Plateau, all celebrating creativity.

There are over 500 performers in 20 different locations, all at great prices, some of which are free.

Visit the website for a full schedule of times and locations.

When: By June 19
Time: Varies per show
When: Various rooms across the Plateau

The Festival TransAmériques is an annual dance and theater festival held in Montreal. The 16th edition of the FTA started on May 25 and will continue until the beginning of June.

Celebrate the anniversary of Québec with a bouquet of free concerts at Place des Festivals.

Tams, the weekly outdoor party at the foot of the mountain, is a perfect summary of Montreal, open to locals and tourists alike.

The Magical Outdoor Party is where Montrealers from all over gather at Parc Mont Royal for an afternoon of food, vendors, entertainment, music and maybe even a few beers and smokes (shh! , don’t tell anyone).

When: Every Sunday in June
Time: 12 p.m. until sunset
Where: Monument to Sir George-Étienne Cartier

Since it’s hot in June, you have to visit the largest amusement park in Quebec.

Try to fight the Goliath, let yourself be lulled by Le Ednor or discover the park’s newest ride, Chaos.

Piknic is an outdoor electric music dance festival featuring DJs and artists from all over the world. There’s obviously some great tunes, but there’s also great food, great drinks, and plenty of activities to keep you going. Best of all, the show takes place rain or shine.

Have you wondered what it would be like to browse a masterpiece?

The wonderfully colorful world of Vincent Van Gogh is brought to life at OASIS, and visitors can wander freely through animated renderings of classic works like “Almond Blossoms,” “Starry Night” and many more.