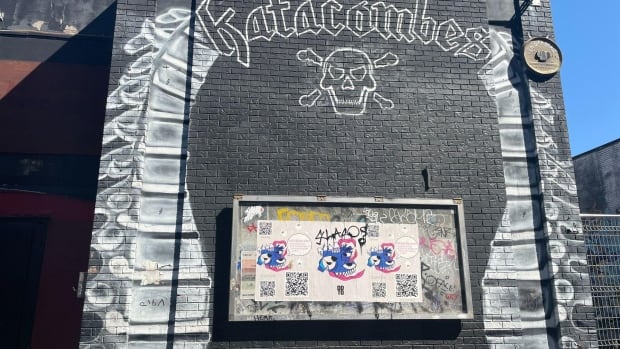 What was once an iconic music venue for punk rock fans on Montreal’s Saint-Laurent Boulevard will be transformed into affordable student housing in the coming years, the nonprofit that built it announced this week. bought.

The gothic, skull-covered venue on the corner of Ontario Street East has been dormant since closing in late 2019.

Laurent Levesque, General Manager of the Work unit for the establishment of student housingsaid it could be open as early as 2025.

“We wanted to show that it is now possible to build affordable student housing downtown,” Lévesque said.

The organization already operates two student cooperatives, one near Lafontaine Park in the Plateau Mont-Royal, open since 2020, and another which opened this summer in Rosemont. In total, around 300 students live in the two buildings.

Co-op rent is typically about 10 to 30 percent lower than the borough average, he said. For example, the average cost of a studio in their co-op on Papineau Avenue is around $750.

“It’s a solution that kills two birds with one stone,” said Laurent. “On the one hand, we provide students with high-quality, below-market options, trying to ease their financial burden.”

“On the other hand, we provide universities and colleges with the housing capacity they need to attract the talent they seek to attract.”

They also free up space in the private rental market for families who struggle to find affordable options, he said.

“Montreal and other cities are facing a major student housing crisis,” Laurent said. “We have seen in many applications from students telling us that if they cannot qualify for one of our units, they will not be able to continue their studies.”

“We don’t want Montreal to become like Toronto, without offending Toronto.”

Karine Balé lived in the woodnote cooperative in the Plateau for two years.

She’ll be graduating soon, but isn’t stressed about having to find a new place to live. The co-op gives graduates a one-year grace period, knowing how long it can take to find something affordable, she said.

“I’ve lived here for over two years now, so it’s been a while and I’d say I’ve had a great experience so far,” said the Concordia University economics major.

“I will definitely miss this place, but at least I’ve met some great friends who I’ll keep in touch with.”

The co-op is also branching out from Montreal, Laurent said, with 200 units already under construction in Quebec. Construction in Trois-Rivières could also begin within the next year.

Adia Giddings, who works with Concordia University’s Housing and Employment Resource Center, says it’s encouraging to see more co-ops for students springing up, but said they’re just one piece of a difficult puzzle.

The city attracts a lot of international and out-of-province students, and she said not everyone is aware of the protections that exist for renters in Quebec.

That’s why the center tries to educate them about how lease transfers work, their right to fight rent increases, and illegal practices like asking for security deposits or last month’s rent.

“They don’t know their rights as tenants,” Giddings said. “We need to better educate students about their rights.”

A Montreal-based non-profit organization is working to reduce expenses for Quebec students. UTILE – or the Work Unit for the establishment of student housing – develops quality housing adapted to their needs. The two hundred new units are expected to be available in 2023. UTILE CEO, co-founder and spokesperson Laurent Lévesque joined guest host Peter Tardif to describe the project.