Musique En Vue DISCOVER THE ART OF PUBLISHING
Home Quebec music A ‘love affair’ with French Quebec that led to a life on the radio: Jeanette Kelly dies at 70 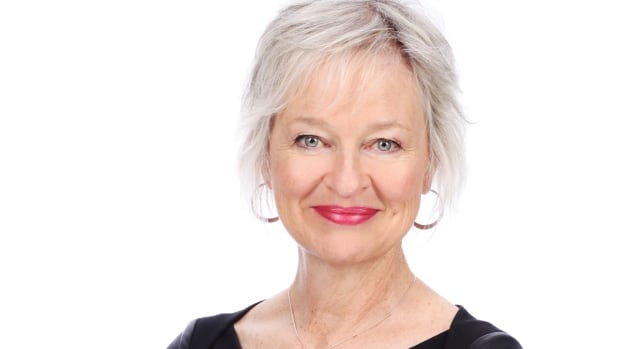 Jeanette Kelly was as comfortable in the book-lined walls of the Literary and Historical Society of Quebec – founded in 1824 by the Count of Dalhousie and seat of Quebec’s old Anglo establishment – as she was interviewing Quebec pop singer Coeur de Pirate, the actor Rémy Girard or the French fashion designer Jean Paul Gaultier.

She coaxed stories of circus performers, video gamers, Quebec cultural icons like filmmakers Denys Arcand and Denis Villeneuve, and depressed guitarists like Lance, a homeless man she met at a workshop. of art in a visitor center in the basement of a church. in downtown Montreal.

From the late 1970s, when she left her doctoral program in French literature at Université Laval to take up a position as a researcher at the CBC radio in Quebec City, until her retirement as an arts journalist at the CBC in Montreal in 2016, Kelly has made it her mission to share Quebec’s rich cultural scene with English-speaking Canadians.

Kelly, 70, died Thursday at her Montreal home, her daughters Jessica, Elsa and Paule and their families by her side.

Kelly became the first host of Quebec’s afternoon radio show Break away in 1985.

“She was truly a pioneer in bringing the richness of Quebec’s French-speaking culture to English-speaking audiences,” said Barbara Uteck, the CBC executive producer who hired Kelly to host Break away, as well as Radio Active, a weekly program on the music listened to by Quebeckers, broadcast across Canada.

The program, with a minimal budget, was recorded in a cramped control room in the basement of the Auberge des Gouverneurs de Québec.

“One of my fondest memories is sitting next to Rocky [a CBC technician] …and watch and listen as Jeanette recorded Active Radio“, recalls longtime producer Robert Renaud.

“It was one of those shows that CBC didn’t support, but for Jeanette it was a love story — and her chance to share the joys of French music with English listeners from coast to coast. ‘other.”

“She understood on tiptoe what French Canada was,” said David Gutnick, who worked with Kelly as a researcher on Break away in Quebec in the mid-1980s.

“She was able, as a host, to tell stories, to convey the emotions of Francophones to Anglophone listeners. It was new. English-speaking Quebec was changing, opening up to its French-speaking neighbors, and Jeanette was one of the forces behind that.”

Jeanette Kelly was born in Lambeth, Ontario, just outside of London, the oldest of six children. She visited Quebec for the first time on a high school trip.

“That’s when she fell in love with the French language and just wanted to be with it,” said her daughter Paule Kelly-Rhéaume.

“She basically made Quebec her home,” said her friend Mary Hagerman. “She knew everything about the cultural scene in Quebec.”

Hagerman recalled his first encounters with Kelly when she joined her at the Quebec City train station in the 1980s. Kelly was classy, ​​beautiful, with her own sense of style.

“I caught sight of her as she floated around the newsroom dressed in clothes we all wanted to wear, followed by a cute young Frenchman carrying stacks of albums. She looked like radio royalty.”

In 1986, Kelly gave birth to her eldest daughter, Jessica, and two years later her twins arrived. She stayed home with the children in their preschool years, her daughters said. These years were filled with music, theater and artistic endeavours.

“She sewed our Halloween costumes and our dresses,” says Elsa Kelly-Rhéaume. “She took us to see Wretched when we were maybe five years old. She played the piano and we sang with her.”

In 1989 the family moved to Chelsea, Quebec, and Kelly worked for the Ontario Ministry of Intergovernmental Affairs as a policy analyst in Quebec and Ottawa. “His job was to bring those two cultures together,” Elsa said.

Kelly returned to CBC when the family moved to Montreal in the late 1990s. She devoted herself to her work as an arts and culture journalist, first on radio and later covering arts topics on television. and writing for CBC.ca.

“She was ready for anything,” said Dellandrea, then a senior Dawn producer. “We had her once and [sports columnist] Doug Gelevan changes pace. She took Doug to cover the opera and Jeanette went to cover a Habs game. »

…& our “swap the beat” segment was one of the best things I’ve had the opportunity to do in my career. I’ll never forget when she was in the Habs locker room post-game, the PR at the time “warned” her to keep her questions about the game. Of course, she had no interest… 2/4

“Whether it was covering new technology in smart fabrics at Concordia University or talking to Arcade Fire or Oliver Jones, she was just thrilled with everyone she went out to hang out and talk to,” Dellandrea said. .

“She was really curious about people, and she fundamentally believed that creativity and passion were the ingredients of a rich life, a rich culture and society, and she wanted to bring that to all of us.”

“A pro on another level”

“She had this almost superhuman ability to empathize, to connect with people,” said Dimitri Katadotis, who produced Kelly when she hosted the weekend show, All in one weekend.

“There were times when I was there, watching her and listening to her conduct an interview, with an opera singer, a well-known comedian, a suave author from the United States, a scientist, a community organizer, and so on. It was like witnessing an intimate conversation.

“People opened up to her, wanted to, couldn’t help but do it. This ability made her an exceptional journalist, a professional on another level… I was in awe of she.”

Her daughters remember how, when they were young, their mother would take them to the CBC, so they could catch a glimpse of a musician or other star she was to interview.

“That’s how we met Corneille and Sam Roberts,” Elsa said. “My mom was once interviewing Chantal Kreviazuk, and my friend Francesca and I were big fans. We went into the studio and asked her questions. Clips of our interview were shown.”

“Our mother gave us access to the stars! It made us very cool as teenagers.”

For years, Kelly had a 5:10 p.m. time slot on the CBC Montreal show home runanimated by Bernard St-Laurent, who had also rubbed shoulders with her during her time in Quebec.

“It was a joy to be on the air with her,” said St-Laurent. “The show was a vehicle for her to share her stories, and because we knew each other so well, we were just having a conversation. We would be in trouble with the producer, running over the clock.”

WATCH | “An inspired interviewer” who brought “inspiring topics to life”:

A look at the legacy of CBC journalist Jeanette Kelly

Among the voices sharing their memories of longtime CBC reporter Jeanette Kelly are those she interviewed and covered on the arts and culture scene. Kelly died Thursday. 2:03

Beginning in late 2010, Kelly hosted her own weekly arts and culture show, five to sixinterviewing novelists and puppeteers, art curators and architects, poets and film stars, and covering the range of cultural stories in depth and with passion.

She did not hesitate to argue. Long before the enactment of Quebec’s secularism law, Bill 21, Kelly immersed himself in the debate over the Muslim hijab.

“We were playing a piece called Living in a whirlwind“, recalls playwright Rahul Varma, artistic director of the Teesri Duniya Theatre. Rather than rushing with his microphone to ask a few questions, then rushing off, Kelly hung around to watch the whole play, about the struggle of women displaced by war.

“She stayed in the theater not just for a conversation about the hijab or the headscarf controversy, but to understand it all,” Varma said. With Jeanette Kelly, he said, the goal was always “to have that deeper analysis, to have a deeper question. And with her sense of humor – never editorialize”.

Kelly was diagnosed with breast cancer in 2005 and for most of the next 17 years she was treated for one form of cancer or another. While she refused to be defined by her disease or called a “fighter”, her daughter Paule said she was open, honest and generous in sharing her experience with other women diagnosed with the disease.

In 2012, she posed for Montreal photographer Phil Carpenter for his book of portraits, Breast Stories: Cancer Survivors Speak.

In the photo, she sits in front of her beloved grand piano, her reconstructed chest revealed.

“It was like his smile was permanently etched on his face,” Carpenter recalled of the day she sat down for him.

“She was kind, gracious, welcoming and so open – about herself, her thoughts, her concerns. And so, so gentle. Yet there was an intensity in her gaze that I read as determination, conviction, hope. Since then, every time I think of my dear Jeanette, even now, I smile.”

Jeanette Kelly is survived by her daughters, Jessica, Paule and Elsa, her grandchildren Louise, three and a half years old, Blaise and Henri, both, as well as her sons-in-law, Jean-Marcel and Antoine.