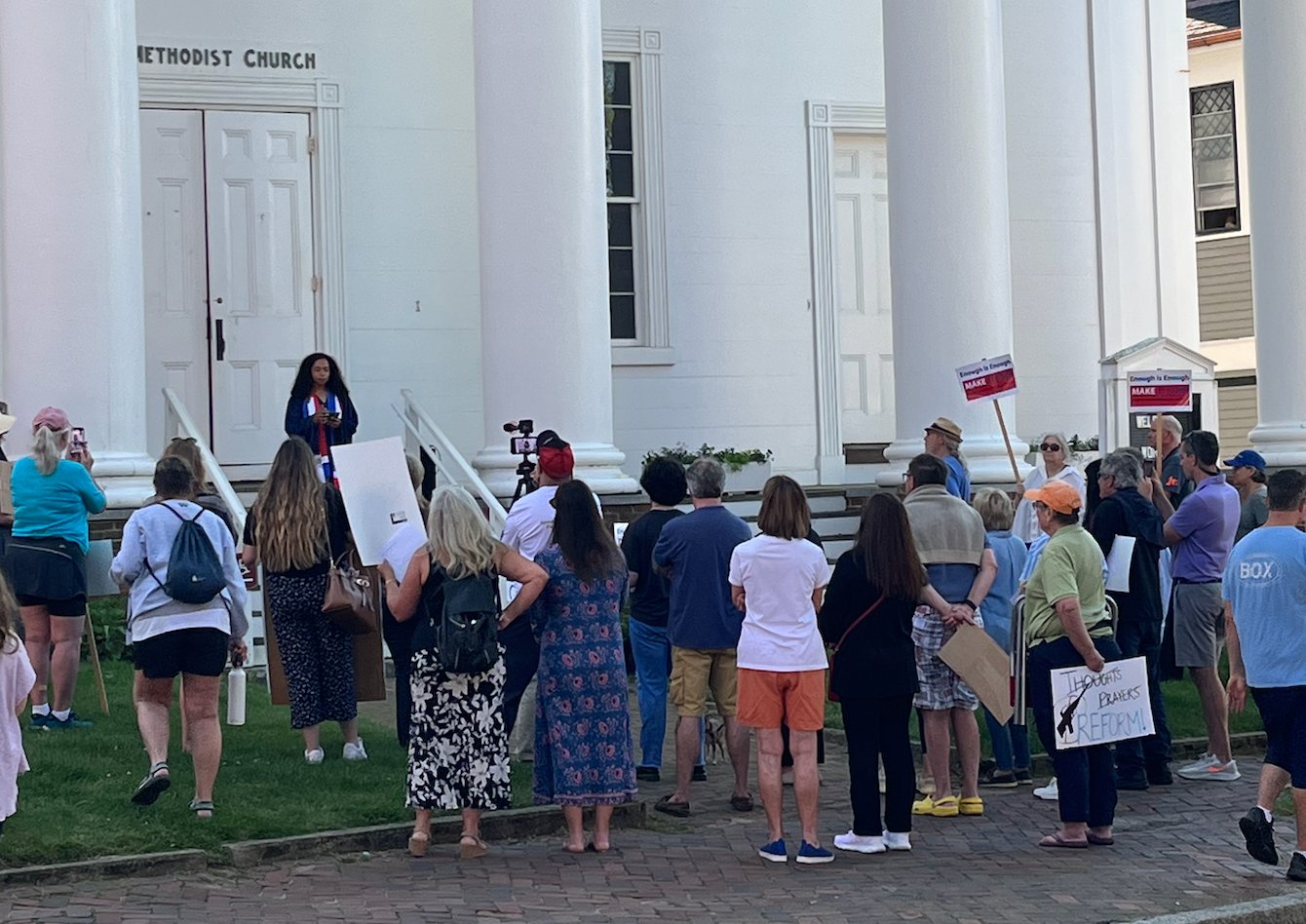 (June 11, 2022) About 30 people gathered outside the Methodist Church at the top of Main Street early Saturday evening to declare “enough is enough”.

Kathryn Kyomitmaitee and Maryann Vasquez-Cruz came straight from their high school graduation to speak to the crowd about gun violence.

Kyomitmaitee lamented the unfulfilled promise of mass shooting casualties. “These people could grow up to be extraordinary individuals who could help push our country towards a better future. The numbers keep piling up, but little or no action has been taken,” she said.

“The NRA wields tremendous power over gun laws,” Vasquez-Cruz said, still in her graduation gown. “This is an association struggling with millions of dollars of mismanagement and financial misconduct by their leaders, but all of these people stand proud and proud as they tell us that guns are still not responsible for the gun violence.”

Susan Berman and Ray Saunders rewrote the chorus of the African-American spiritual chant “Down by the Riverside” and called on attendees to join them in chanting “enough is enough.”