Musique En Vue DISCOVER THE ART OF PUBLISHING
Home Music festivals As Riot Fest crews move into Douglass Park, Little Village, residents of Lawndale continue to push for the music festival to move out of West Side Park. 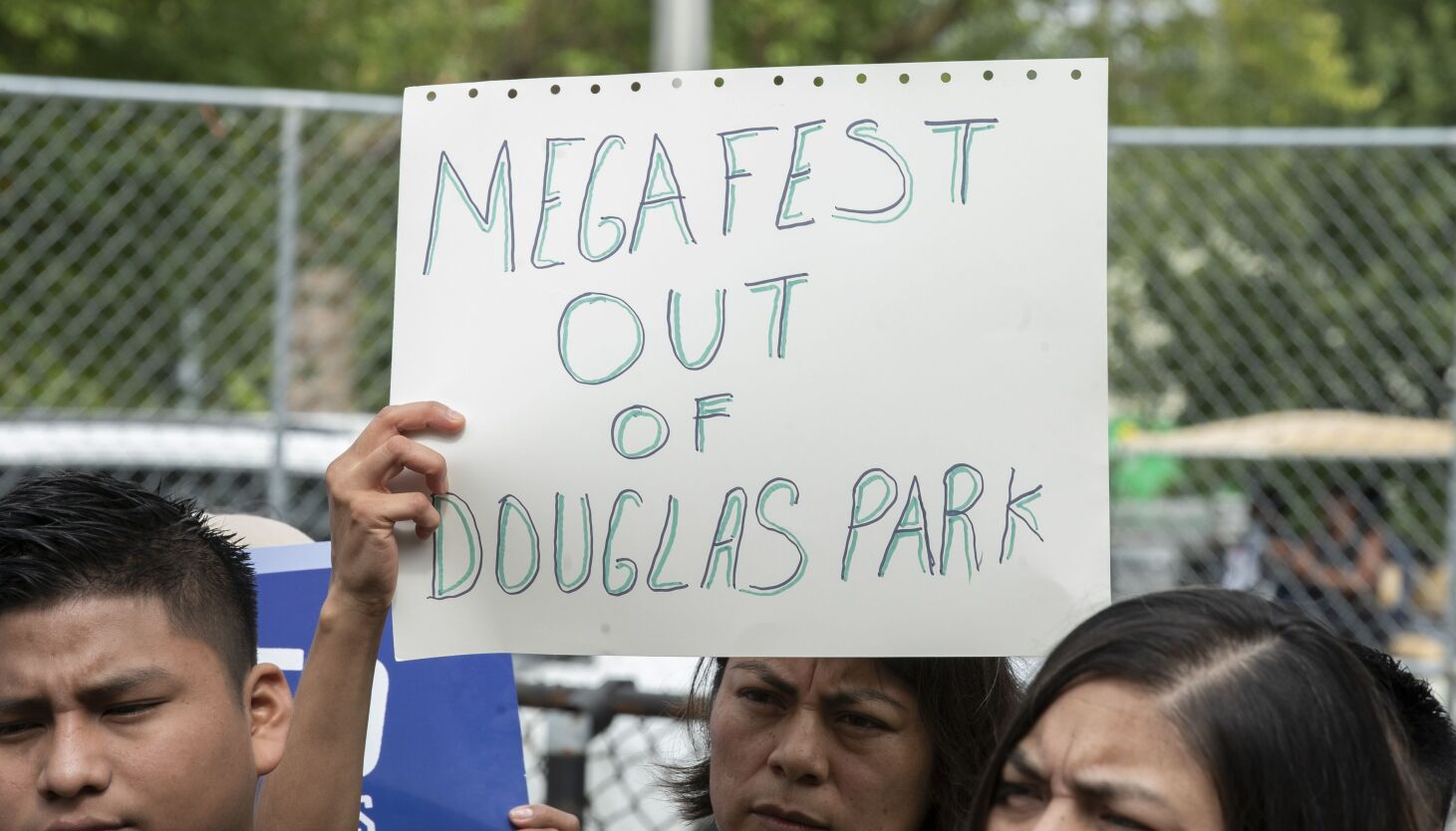 Residents living near Douglass Park in Little Village and Lawndale are preparing for a rowdy Riot Fest weekend — a weekend they expect to be filled with parking headaches.

“Last week we started seeing the trucks coming in with so many things,” said Irais Flores, a nearby resident who is also part of a community center in Little Village. “It gives you anxiety and stress because you’re saying, let’s see how it’s going to park.”

She was part of a group of community leaders who gathered in Douglass Park on Tuesday in a last-ditch effort to get Riot Fest, a three-day music festival, out of their neighborhood park. They plan to present a letter, signed by more than 30 local organizations and leaders, to the Chicago Park District on Wednesday demanding that Douglass Park no longer be used to host large, for-profit festivals.

As locals spoke of their concerns, Riot Fest crews placed black mesh fabric along a fence set up for the festival, which was due to begin on Friday. A large stage was visible from California Avenue. Most of the southern portion of the park, from California Avenue to Albany Avenue and Ogden Avenue to 19th Street, was fenced off Tuesday morning,

A playground and field along Albany Avenue remained outside the festival perimeter on Tuesday as a few people jogged in the area and others played soccer.

The push to end large festivals in Douglass Park grew this summer as residents questioned whether a neighborhood park should be used for such large private events. Edith Tovar, who lives in the area, said there were also questions about the impact of festivals on the environment.

“We see this as a form of environmental racism,” Tovar said, pointing out that Riot Fest is the third major music festival that caused Douglass Park to be closed for part of the summer.

In August, Riot Fest released a statement following a contentious meeting between an entrepreneur and community members, saying it wanted to “remain a positive asset to the community.”

“We have been in Douglass Park since 2015 and call it home,” the statement said, adding that the festival would collect feedback from residents and implement suggestions where possible.

Elvia Rodriguez Ochoa of Friends of the Parks said the city should instead find a permanent location to host major music festivals. The coronavirus pandemic has shown how important public parks are to residents’ physical and mental health, she said.

“These kinds of gigs are actually detrimental to the health of the communities they land in,” Rodriguez Ochoa said.

Denise Ferguson, a local resident, described Douglass Park as a “slice of paradise in Lawndale” surrounded by healthcare facilities. She said that’s one of the reasons she and others have been pushing for years to get Riot Fest and other music festivals out of the park.

“This disrespect for the health of Black and Latinx people living near the Quiet Zone corridor is a direct violation of the City of Chicago’s own public health mandates,” she said, referring to the plan. five-year plan to improve health equity.

The group plans to attend Wednesday’s public hearing for the Chicago Park District Board of Commissioners as they continue to push to get rid of Riot Fest. They also plan to hold their own festival on Saturday, dubbed “The People’s Music Fest”, to be held near Cermak Road and Marshall Boulevard.

“Douglass Park is a valuable and important resource for our communities that shouldn’t be fenced off for a quarter of the summer for for-profit mega-corporations,” Tovar said.

Elvia Malagón’s reporting on social justice and income inequality is made possible by a grant from the Chicago Community Trust.