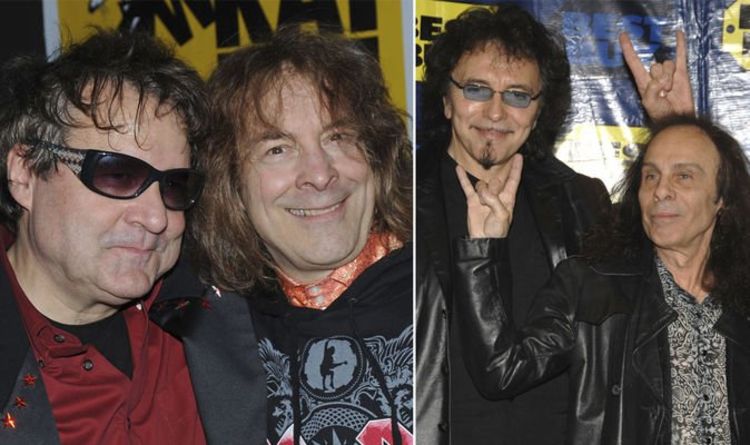 Bouchard spoke about the famous 1980 Black and Blue tour where his band and Sabbath alternated who would open each show and which would be front page based on their relative popularity in each location. Obviously, it was asking for trouble, even though the Blue Oyster Cult drummer says it was the other group that caused the problems. He said: “It wasn’t good, it wasn’t fun. I loved Black Sabbath, I idolized Ronnie Dio, but there was a lot of tension. “

At the time, Sabbath was finding its marks after Ozzy Osbourne’s release in 1979. The band had a new frontman, Ronny Dio, a new sound, and a brand new album to promote, Heaven and Hell.

Blue Oyster Cult, meanwhile, had released their album Some Enchanted Evening in 1978, which sold two million copies, and had devoted fan bases in many cities, including their home territory, Long Island.

Their manager Samuel ‘Sandy’ Pearlman (who was also their original lyricist and producer) had started running Sabbath in 1979 and was instrumental in setting up the headlining tour. Unfortunately, he was unable to prevent the rise in tensions.

READ MORE: Freddie Mercury’s other wife after Mary ‘They were intensely in love’

Bouchard, whose brother Joe was the band’s bassist, told Full In Bloom: â€œOne day, for example, we played at the Nassau Coliseum on Long Island. a bigger group on Long Island. It was justified. But when we performed in the city (New York), Madison Square Garden, they were the headliners.

â€œNow what happened every time was when we were the headliners they would show up late and play a long time – every time. And we would have to cut our set … I think they tried to sabotage us when they opened by going out late and playing for a long time. “

DO NOT MISS
Judas Priest KK Downing ‘We ALL agreed to retire together but the rest of the group betrayed me’
KISS: Heavy Metal Legend Says Gene Simmons Wrong About Rock Music
KISS: Paul Stanley on what happens to KISS when he and Gene Simmons leave next year

Bouchard said it had become such a problem that he even suggested to Pearlman that Blue Oyster Cult would just take a step back and open up every show to try and make Sabbath a little “friendlier.”

However, he also admitted that there were other issues between the groups as the tour progressed. Apparently one of the BOC team members commented on the 5’4 Dio height “he took offense”.

Bouchard added: “Ronnie Dio is the same height as me. We are all small so I don’t know why he would be offended or even why the roadie would say something. It sounded a bit stupid so we had to ‘fire’ the roadie. “

Although they actually removed the roadie from this tour, so he was out of Dio’s sight. But then Bouchard also managed to upset Iommi.

Bouchard said: “I had issues with Tony [Iommi, guitar] too much. I was playing guitar in my hotel room, and he was next door, he was angry, it’s like he’s on a date, and I guess I was breaking the mood. I was playing Steely Dan songs, he couldn’t stand it. “

On the other hand, he got along so well with Sabbath drummer Vinny Appice, who have been “close friends” ever since.