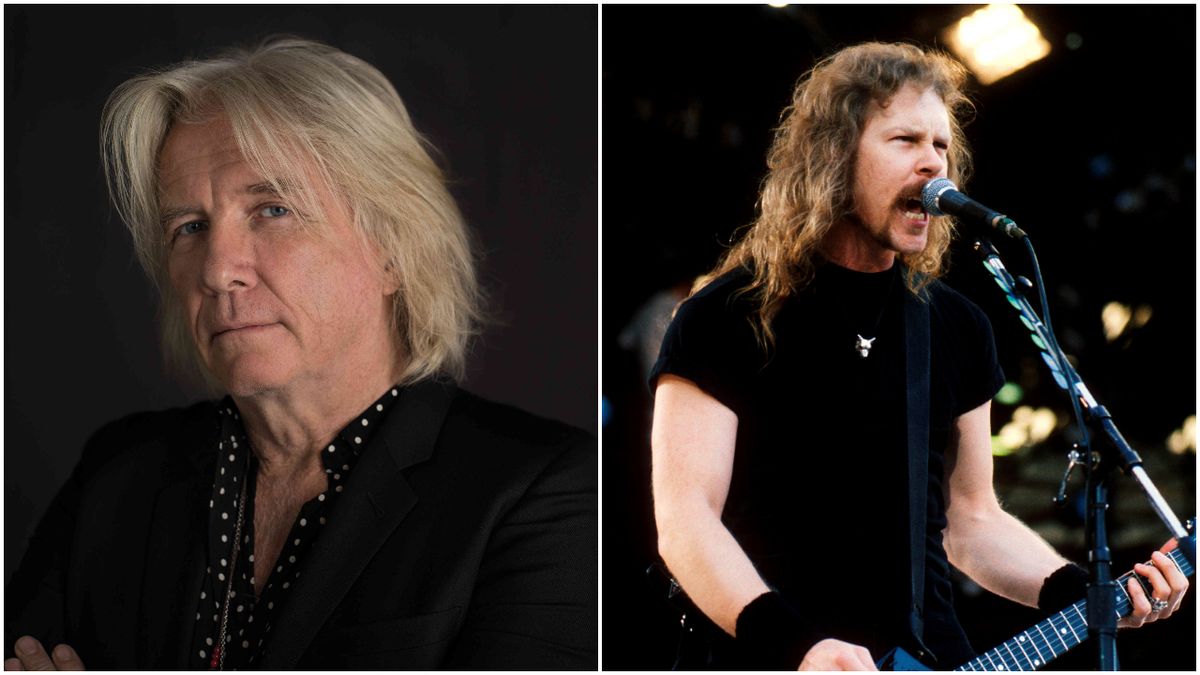 Ambitious, driven, uncompromising and extremely confident, during the first decade of his career, Metallica was not used to hearing the word “no”. So when Bob Rock turned down an offer to mix the band’s fifth album, James Hetfield and Lars Ulrich were first offended, then intrigued. Passing on this opportunity would prove to be one of the smartest decisions of the Canadian engineer/producer’s career, as it opened a dialogue with Metallica that ultimately resulted in Rock producing the next four albums. of the quartet: Metallic (known worldwide as The black album), Load, reload and Holy Wrath. It’s fair to say that the relationship between the Winnipeg-born studio tech and the San Francisco band wasn’t always entirely harmonious…

Engineering graduate and mixing hit albums (Bon Jovi’s Slippery when wetAerosmith Permanent vacation) to produce successful albums (The Cult’s sonic templeMotley Crue’s Dr Feelgood) your career was launched before Metallica entered your life: did that make it easy enough for you to reject their offer to have you mix their fifth album?

“I didn’t really think of it that way, necessarily. At the time, I was just looking for the next best job opportunity that might come my way. I knew Metallica, of course, but they weren’t a band that I admired. I did not understand the sound of …And justice for all, because when I saw them in concert, they were a heavy, heavy band and this record just doesn’t sound like that. This is not a review, I know for some people …Justice is the standard of what Metallica should look like, but that was my observation from an outside perspective at the time, when the idea of ​​working with Metallica was never a thought in my head.

Lars and James traveled to Vancouver to sound you out before inviting you to collaborate on the recording of The black album. What were your first impressions of these guys?

“They looked like regular guys. But they had a demo tape with them so I heard sad but true and …Sand seller in their basic forms and right away I was like, ‘Oh, I could do that.’ In my head, it was different from what I had heard before from them, and they told me they wanted to do something different. They wanted a change.

Famously, they didn’t make your life in the studio easy: while the story of calling you James ‘Dr. No’ because he said ‘no’ to almost everything you suggested makes for a good anecdote, it must not have been so fun back then…

“Well, there’s always a warm-up period for every project, and, uh, it just took a little longer with them! They had a way of doing things, and they didn’t really trust strangers: not just me, they didn’t trust everyone. I can say that I had never rubbed shoulders with people as intense as them. But the tensions came when I challenged them or they challenged me, it was never personal.

Presumably, you challenged them, eventually earned some respect?

“Maybe. But the thing is, I never said, ‘No, you’re wrong. I just showed them other ways to potentially get what they wanted. He’s well known that in the end the two [engineer] Randy Staub and I said we didn’t want to work with them anymore, but that’s because we were so beaten: eight months in that environment would test anyone. But some of the best work comes out of tension: with all the great bands… Jagger and Richards in the Stones, Steven Tyler and Joe Perry in Aerosmith… there’s friction. Metallica is no weakling. They believe they are the best band in the world, and everyone needs to step aside.

Were you surprised when they got back in touch and booked you in for what became Charge?

“Well, in this industry, when something has the impact that The black album fact, it makes sense to put this team together. If it is not broke, do not fix it. Previous sessions were intense, but when we started Charge we put everything that had happened behind us and moved on.

Do you have happier memories of the Charge and Reload sessions?

“Well, yes, but to be clear, I have a lot of happy memories of The black album also! They are great people to spend time with and we had a lot of fun. My 15 years working with Metallica have been some of the best times of my life.

One major change you implemented on Charge asked Kirk Hammett to play rhythm guitar on a Metallica album for the first time. Is it true that you originally recorded his parts while James was away hunting, and there was some concern as to whether he would approve?

“Ha! No, that’s new to me! As bands grow, they naturally want to try new things, and at that point they were like, ‘Well, Aerosmith has two guitarists. , Guns [N’ Roses] having two guitarists…’ and they thought they’d give it a try. It was their decision more than mine.

The band was in a prolific songwriting form like the Charge the sessions started and the songs kept piling up. Given your eye for economy on The black albumdid you advocate for the source material to be streamlined for a single album?

“Well, they had compiled a lot of ideas and riffs over their two or three years on the road, and you don’t know how many of them will turn into full songs. they were forming, we were watching 32 or 34 songs I can’t remember how long the initial Charge sessions were, but I remember after finishing eight songs, we realized that finishing everything would become a three-year project. That’s when they called to split it into two recordings. It was a smart decision – there were more than enough good songs.

Got James Hetfield to open up lyrically on The black album and engage in genuine feelings, perhaps especially about Nothing else matters. On Charge and Reload did you speak through the lyrics of each song?

“Not as such. When we did The black album, James and I talked a lot about the lyricists, and I told him his lyrics were up there with anybody…Bob Dylan, John Lennon, Leonard Cohen, whatever. I just encouraged him to accept that, to continue to be better.

S&M was a huge undertaking in a different way. How did you feel watching this come together?

“It was pretty special. I mean, it all started with me suggesting we put on ropes Nothing else matters. We had Michael Kamen, who’s an amazing arranger, and the band was wary of all of that, so in the final mix you can barely hear the orchestration, but they realized later how bad it was cool. With S&M, trying to keep Metallica as strong as them and trying to keep the orchestra as strong as them, was a challenge… basically, we put it all together! Haha! But what an awesome, powerful and beautiful album.

Holy Wrath marked the end of the creative collaboration between you and Metallica. The turmoil and tensions behind the making of the album were captured with stark clarity in the some kind of monster documentary, but how do you see this era now?

“It’s even hard to put into words. In the end, I was there as a friend, trying to be there to help them stay together. This album had to be made for Metallica to have a future. I feel like England and Europe have embraced this record more than America, but that’s a bit of a side story. No one knew what was going to happen, we just held on until it was done, until the band was OK. My friends were having a hard time, and I was just there to help, to make sure Metallica didn’t stop there. I’m very proud of all the work we did together, but in some ways it was perhaps the most important work, because without it there is no Metallica today.