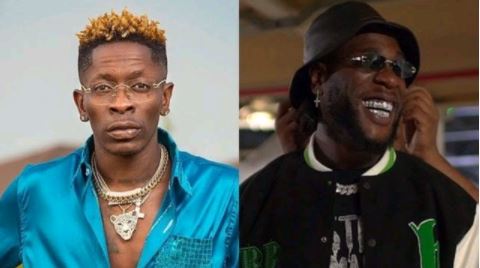 Recall that a few days ago Shatta Wale questioned Nigerian artists, making unfavorable statements against them.

According to Shatta Wale, Nigerian artists have become famous for using the Ghanaian music industry to promote themselves.

This statement sparked reactions from high personalities in the music industry including Wizkid who spoke about it during his concert.

According to Wizkid, the love he has for everyone across the world is equal. Reacting to the drama via a post on his official social media timeline, Burna Boy noted that Shatta Wale’s new separation schedule is a grave service to the next generation.

Burna Boy noted that while Shatta Wale has a hidden agenda against him, he is open to a one-on-one fight.

The talented singer wrote: “PUSHING THIS SEPARATION AGENDA BETWEEN OUR BEAUTIFULUL AFRICAN NATIONS IS A SERIOUS SERVICE TO GENERATIONS TO COME AFTER US, AND IT IS GOING AGAINST EVERYTHING I REPRESENT AS A MAN AND AS A PAN-AFRICAN WITHOUT APOLOGIST. THEREFORE IF SHATTA OR ANYBODY HAS A PERSONAL PROBLEM WITH ME. I AM ALWAYS OPEN TO FIGHT 1 ON 1 AND CRUSH IT AFTER, THE SAME WAY I ALWAYS BEEN. NO ONE WILL RUIN THE UNITY WE CONTINUOUSLY TRY TO BUILD FOR A STRONGER AND BETTER AFRICA. SEE SCREENSHOT BELOW