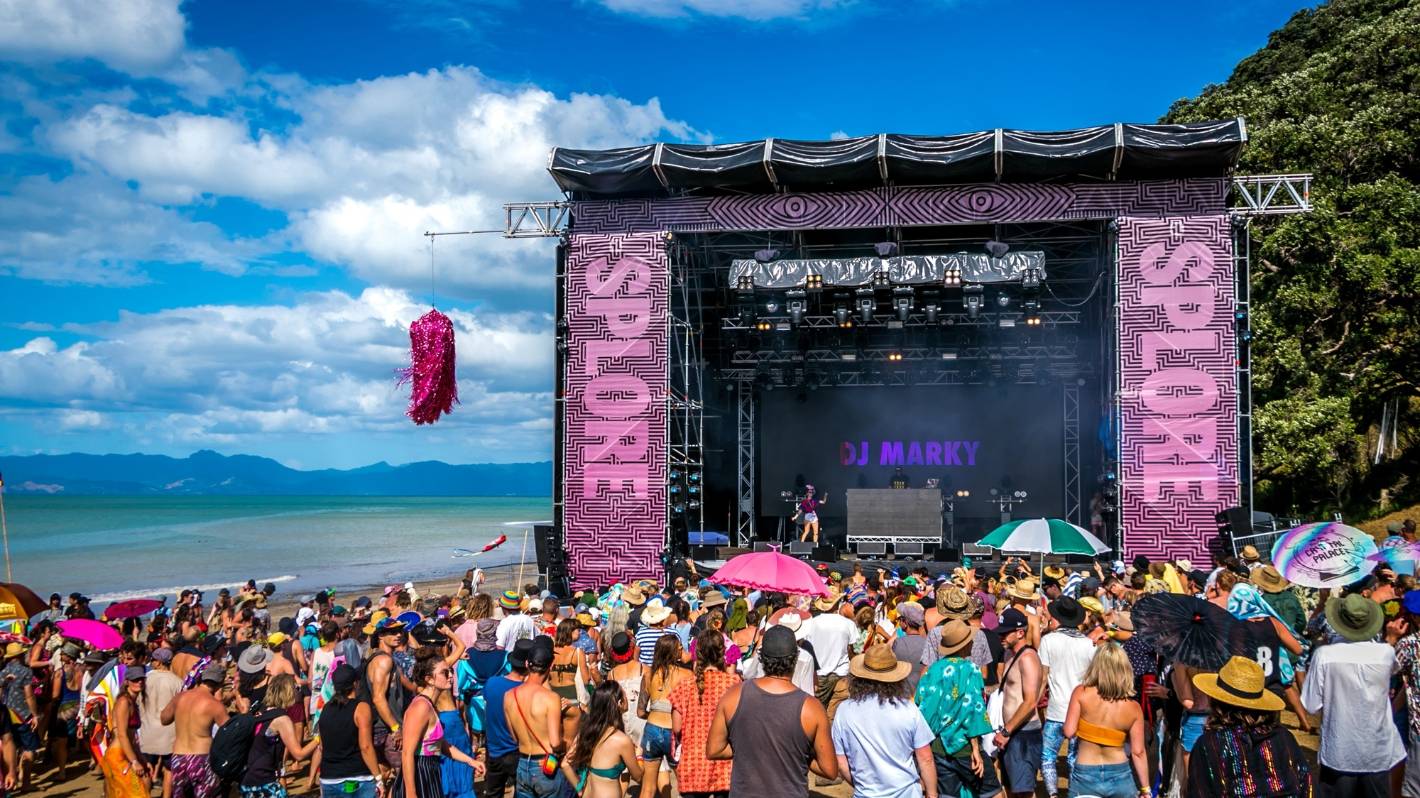 Splore organizers are scrambling in hopes the canceled music and arts festival can make a surprise return in late April.

Splore festival director John Minty said the government’s announcement on Wednesday that Covid-19 rules are set to be relaxed means there is still a chance the three-day event at Tāpapakanga Regional Park can take place.

“That’s a possibility we’re exploring,” Minty said. “We need to look at things properly in the next 24 hours and just see where they are logistically, it’s possible to do that.”

The development comes after Minty posted on her personal Facebook page on Wednesday, raising the prospect of the festival continuing, asking: “Splore 2022, end of April??”

QR code scanning will also be removed and masks will no longer be required at outdoor venues.

Minty said he was “just testing the waters” with his Facebook post, but remains hopeful that Splore can be resurrected sooner than expected.

“Obviously there’s a lot of work to be done so that all of us promoters can do anything outdoors before winter sets in,” he said. .

Splore 2022 was originally scheduled to take place from February 25-27, featuring artists including Teeks, Ladi6 and Kora, before it was canceled.

Minty admits he is ‘puzzled’ by the timing of the Government’s announcement on Wednesday, saying it came ‘unannounced’ after months of uncertainty over when festivals will resume.

“There had been no indication earlier of what would be the right scenario,” he said.

“It hadn’t been indicated that if certain things happened that we would have fewer restrictions. So it’s kind of like it came out of nowhere. »

Minty said Splore organizers will now assess whether they have enough time to organize and promote ticket sales, and consider whether they can meet other logistical challenges under such a tight deadline.

“Five weeks from now, whether there will be support for it from punters will obviously be the next step,” he said.

“So we would probably do a little survey among our ticket buyers saying we could race at the end of April, how about that?

“Those are the processes we go through before making a decision on this.”

Minty also stressed that health security would remain a priority as they assess whether it is possible to hold the event while Omicron is still present in communities across New Zealand.

“We still have a large number of Omicron in Auckland,” he said.

“Certainly it is going down, so if we did something at the end of April, there could still be people who are a little reluctant. We must therefore take all this into account from a health point of view.

Meanwhile, organizers of the Rhythm and Vines music festival say the relaxation of Covid-19 rules came too late, after the traditional New Year’s Eve event was postponed to Easter and then canceled for the first time. in 19 years of history.

“It’s been a bit too late for our events this summer and the heart has been ripped out of event season,” said Rhythm and Vines co-founder Hamish Pinkham.

“It will be a pretty epic comeback. It’s something we’ve been waiting for. »

Pinkham – who said last month that there was not enough “visibility” on when festivals might resume – is optimistic gig-hungry punters will react positively to the changes.

The organizers of Rhythm and Vines are now looking forward to celebrating its 20th anniversary at the end of the year.

“It’s been a really disappointing season of events for a lot of punters and promoters, but we think there will be a huge turnout,” he said.

“People want to get back to live events and reunite with their friends safely.”

Auckland-based promoter Brent Eccles was delighted to hear the Covid-19 rules are set to be relaxed, but felt the changes were “meaningless” at this stage of the events calendar.

“We don’t have outdoor shows in the winter, obviously, so they’ve gone 100 per cent capacity outside for us right now, it’s kind of meaningless,” said Eccles.

“It’s good for the summer, because we have the Foo Fighters, Ed Sheeran and Six60 coming in. So it’s good that there are no restrictions there.

Eccles acknowledged that the changes will give promoters certainty as they plan to resume normal operations in the coming months.

“It will give developers confidence. They can bring shows with one hundred percent outdoor capability.

He had already anticipated that Covid-19 restrictions would be eased by the end of the year and had booked upcoming tours accordingly, while the national stadium tour scheduled for March by Six60 was postponed to October.

“Absolutely. We probably thought from July onwards we were pretty confident that everything would be fine.