Crown lands hit the road in Canada. The rock duo have just announced “The Big Wave Tour”, which will take them across the country this fall.

This is Crown Lands’ very first headlining tour. In October, they will perform six shows across Western Canada. Then, after a month off, they will resume the tour with seven stops in Ontario and Quebec. Skye Wallace will open all dates.

“The Big Wave Tour” takes its name from the opening lyrics of “White buffalo”, the group’s most recent single. The duo said in a statement, “Live music is back. We’re here to push the boundaries of what two people can create together. It’s been a hell of a year and we’re getting better out of our musical cocoon for it. musicality and production will set new bars across the board. We promise. We are delighted to have Skye Wallace as a special guest every night. She and her band deliver real rock and roll. “

Crown Lands recently unveiled their Most Valuable Albums for an Exclaim! Show and Tell function. 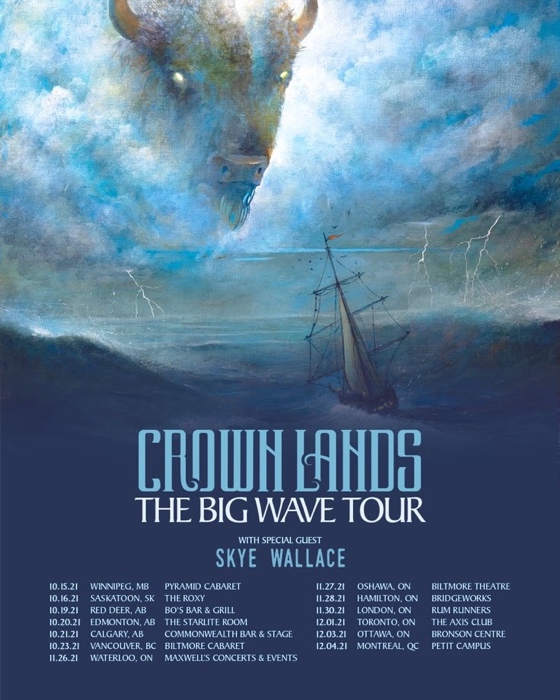