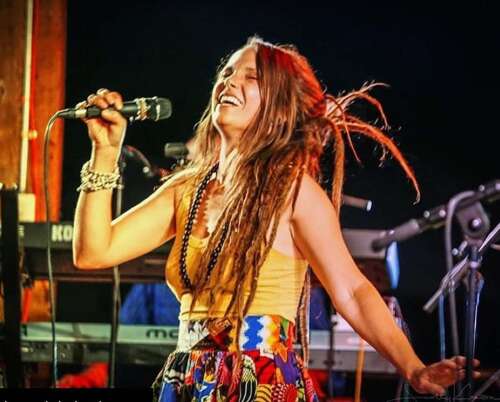 A new music festival will take place on August 26 and 27 in Dolores.

Evening shows will take place on a lot next to Kokopelli Bike and Board and on the outdoor stage at the Dolores River Brewery across Central Street.

On Friday August 26, the lineup is made up of Lavalanche, Tone Dog, DJ Panacea, Haro in the Dark, Niceness and Hello Dollface.

On Saturday August 27, performances are by Bentley Monk, Loki Moon, Cousin Curtiss, Sean Farley, Baracutango, Liver Down the River and Elder Grown, with Sam Kelly of Dolores on saxophone.

“We’re branching out into local towns, providing opportunities for professional musicians and artists,” he said. “We like to stay creative and not do the same thing every year.”

So far this year, they have organized eight regional music festivals. Last year, they hosted 12 artist concerts and galas.

A portion of the proceeds goes to music programs and workshops at local schools, Ogle said. The Dolores Festival will benefit Dolores Schools music programs.

The organization holds regular concert series in Durango and has recently expanded its events to Mancos, Silverton and now Dolores.

iAM MUSIC Fest events generally feature the world of artistic expression, which may include artwork, dancers, comedians, circus acts and poets, although the Dolores event does not include this aspect .

At Dolores shows, audiences will appreciate the variety of musical genres the festival brings, Ogle said, and there are some hidden gems.

“It’s a chance for people to be exposed to new music that they might not have heard, it’s a great chance for that,” he said.

Visit iammusicfest.us for more information, tickets and to volunteer.