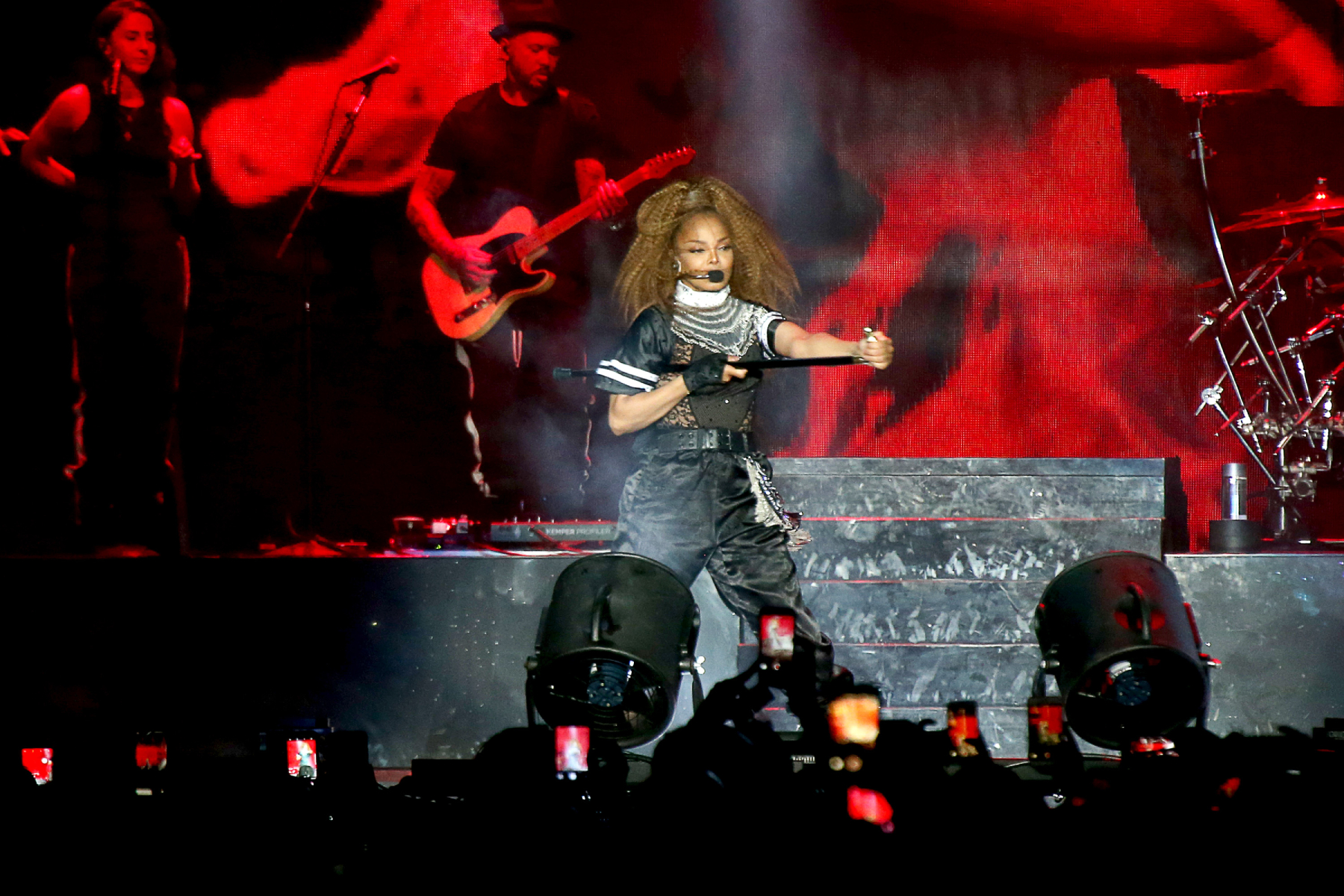 After two years of virtual programming, the Saints returned to Caesars Superdome in New Orleans for the Essence Music Festival (now officially the Essence Festival of Culture) with mixed results. Almost 30 years ago, the black women’s magazine launched in the early 1970s created a celebration of music that has become much more than a series of concerts with well-known brands (longtime sponsors Coca-Cola and Ford, among others, play pivotal roles in educating black consumers).

Maximum capitalism aside, concerts remain a centerpiece and this year the brand made a conscious attempt to appeal to younger audiences by adding hip-hop artists who would not have been included in previous lineups, especially rappers Nicki Minaj and The City Girls. For the brand that has championed the empowerment of black women, it was a controversial move to embrace women who some feel are misogynous. This move, in many ways, distracted from the brand’s past success.

Nicki Minaj’s Friday night headliner was not well received. While the Barbz were thrilled to see the rapper known for her intense delivery and ability to hold her own with male rappers, others were less thrilled. Likely driven by low ticket sales for a lineup that included rising black country star Mickey Guyton and soca actors Kes the Band and reigning King Machel Montano, Fugees frontman Wyclef Jean – billed Wyclef and Friends – was added alongside veteran rapper Nas. (Dancehall legend Beenie Man was a no-show.)

Wyclef created the Essence surprise of the evening by bringing on stage Lauryn Hill, with whom he has a very checkered history. Hill, covered from head to toe in an eerie outfit delighted fans with impassioned versions of The score classics “Killing Me Softly”, “How Many Mics”, “Fu-Gee-La” and “Ready or Not”. To mark 25 years since the Grammy-winning album, the band, minus member Pras Michel, had planned an anniversary tour but quickly scrapped it after barely playing a show, blaming COVID. The public also expressed concern that Hill, who suffers from chronic delays, did not show up. John protege John Forte, who helped the scorewas met with a mixed reception.

After numerous interruptions to the onstage lineup, such as church announcements and meeting spots, Nas took the stage. In one of the best performances of the weekend, the Queens rapper cycled through several hits, including his more commercial efforts like “Oochie Wally” and the black repairs song “You Owe Me” over a disappointing club beat. his staunch fans.

On the Essence stage, however, Nas, whose classic debut album Illmatic quickly put him at the top of the rap food chain, often expressed his gratitude for still being alive. His performances of “One Mic” and “Ultra Black”, his most recent and hard hitting hit, captivated audiences with only a live band and himself.

Unfortunately, that wasn’t the case for Minaj, who took the stage after midnight. Although fans at home berate Hulu for not airing the rapper’s show while the service aired other sets, Minaj often seemed unsure of her direction on stage. Unlike Nas, Minaj had dancers and attempted a performance closer to a Vegas-style show with dance numbers and elaborate royal pattern production.

Despite all of her flashiest numbers, Minaj seemed most at home alongside rhyming DJ Boof, including her breakthrough verse to Kanye West’s 2010 hit “Monster,” which fans speculated that she rejected the problematic rapper, calling him a clown.

New Orleans Birdman gave the crowd a boost during his set, although Lil Wayne’s appearance increased the crowd’s excitement immensely. Minaj, who had three intermissions, showcased inexplicable wardrobe changes by simply adding a blouse or covering up her existing outfit. Although she never quite bounced back with the performance of her huge hits “Super Bass” and “Moment 4 Life,” the Barbz in the audience supported her performance and were thrilled to see her take the stage.

Fans have attributed Minaj’s troubled setup to a myriad of explanations, including a sabotaged wardrobe and not agreeing to let Hulu broadcast her set live. Given the appearance of veteran female rappers like Lauryn Hill, some Essence Fest faithful lamented Minaj’s reluctance to embrace other female rappers of the genre and continue to brag about her waning dominance.

Saturday night was a far cry from Friday. With Janet Jackson as the headliner, the Superdome was sold out with 80,000 fans in attendance. Some of the most interesting people to take to the stage outside of the pop icon include “Girls Need Love” singer Summer Walker, who performed pregnant, the recent Grammys and BET Awards. Tales of Heaux winner Jazmine Sullivan, and legendary 78-year-old singer Patti LaBelle, who was joined on stage by multi-hyphenated Debbie Allen who, at 72, served as a dancer for LaBelle’s well-known hit “Lady Marmalade” with his former band.

The crowd raved about Sullivan’s considerable vocal range, with her lead single “Bust Your Windows” and her more recent “Pick Up Your Feelings” hitting especially hard. (Less so for Walker, who delivered a lackluster performance chastised by many online festival viewers.) Jackson would later take the stage considerably late after midnight in a form-fitting sparkly piece that stopped just below his chin. (Although in years past she performed with a slew of male and female dancers, she opted solely for male dancers for her set.)

Although there were complaints that Jackson’s sound wasn’t quite up to par, the crowd was generally impressed with his performance. She walked through a set that included unexpected tunes like the opener “Feedback,” from 2008 Discipline. She eventually went through Essence crowd favorites like “The Pleasure Principle”, “Let’s Wait Awhile”, “Funny How Time Flies (When You’re Have Fun)”, “I Get Lonely”, alongside ” Control” and “Nasty Girl”. Just as all the lights had gone on and the massive crowd dispersed, Jackson returned to the stage, closing her mostly bouncy set with her breakthrough 1989 hit “Rhythm Nation.” Audio issues aside, Jackson showed off her professionalism and ability to entertain with an almost family-like vibe reflecting her new status as a mother and her Muslim influence.

Sunday night was not as full of fireworks as Friday or Saturday. The entire City Girls were brash but unpolite. The Roots welcome from Wu-Tang Clan members Method Man, Raekwon and Ghostface Killah, alongside Ashanti’s string of hits including “Always on Time” and “Foolish”, dressed in a provocative jumpsuit, has been a nostalgic trip for many. When Bad Boy The Lox hit the stage, Jadakiss once again showed why he’s one of the best MCs to ever grace a mic.

Still, his stellar performance was nothing compared to Lil Kim’s electrifying entrance on their collective hit “Money, Power, and Respect.” Bed-Stuy, Brooklyn’s Finest also held firm with classics “Crush on You” and post-Biggie hit “Lighters Up.” A wardrobe snafu showing off her left nipple went largely unnoticed by the in-person crowd as the trailblazing rapper quickly adjusted her clothes as soon as she was recognized.

The Isley Brothers – now made up of brothers Ron Isley and guitarist Ernie Isley – have gone through a mix of hits, including the perennial classics ‘Between the Sheets’, ‘Footsteps in the Dark’ and ‘Summer Breeze’, the latter allowing Ernie to demonstrate his guitar prowess. Closing the show was another favorite new edition from Essence, which also included solo hits from Bobby “My Prerogative” Brown, Johnny “My, My, My” Gill, Ralph “Mr. Sensitivity” Tresvant, and The Trio” Poison” and “Do Me Baby” BBD with Ronnie Devoe, Michael Bivins and Ronnie Devoe. New Edition songs like their 1983 intro hit “Candy Girl” and closing single “Can You Stand the Rain” were a bit more anticipated from the long-running music festival and subsequently one of the most popular sets of the weekend.

While this return to an in-person effort hasn’t won on all fronts, the big question remains: will this effort be enough for the festival to regain its dominance when artists like Pharrell Williams (Something in the Water) and J. Cole (Dreamville) host their own festivals, and Essence favorite Mary J. Blige teamed up with Pepsi in May to present Atlanta’s Strength of a Woman?