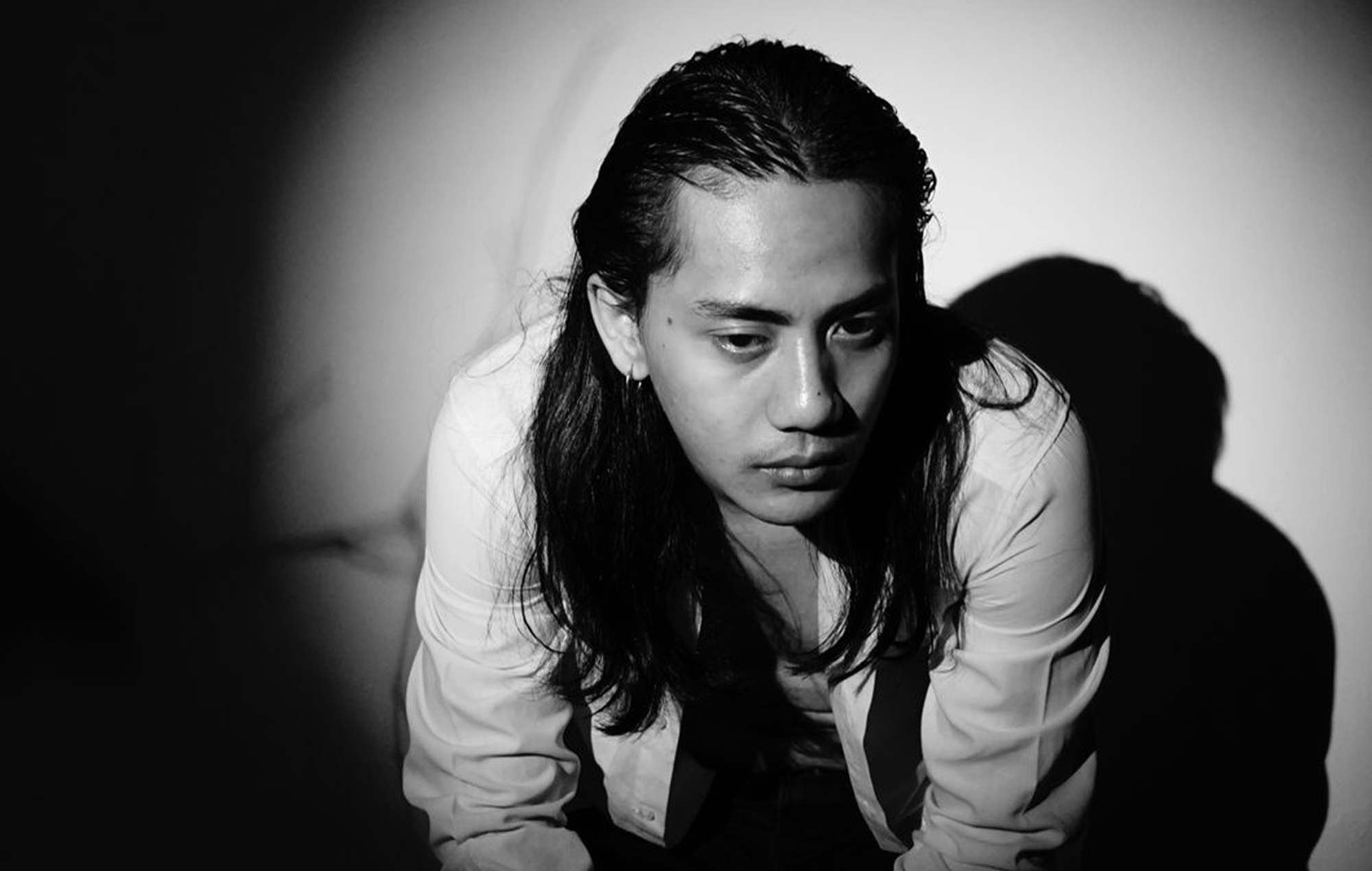 Morad prides himself on being a so-called “old soul”. Between nervous laughter and quick puffs on his cigarette, the 26-year-old artist explains that while he harbors no disgust with the current pop landscape, he can’t help but devote himself to the music of a certain era.

“I have the greatest admiration for Led Zeppelin”, says the native of Jakarta NME – the band’s 1970 ballad “Tangerine” being his favorite. “Robert Plant’s voice is out of this world! The first time I heard him sing, I thought, ‘How can a person sing like that?’ Then I learned to sing like Robert Plant. Also, the band’s lyrics are pretty awesome. I love that no matter how simple or complex their song is, they never fail to convey emotion.

Morad’s debut album “About a Woman”, released in March, serves in some way his attempt to transform himself from an admiring fan into an engaged musician. Lyrically, the album tackles themes of romantic despair, heartbreak, and lust; musically, it incorporates blues, folk, Motown and soul.

In another life, Mohammad Radityo would have played guitar in a big rock band. Initially aspiring to become a shredder in the line of Mick Mars of Mötley Crüe and Paul Gilbert of Mr. Big, Morad even asked Karisk, the guitarist of Indonesian death metal band DeadSquad, to take private lessons. Eventually he realized that “it’s not my way,” he laughs.

Refusing to give up, Morad decided to switch gears and pursue a career as a solo artist instead. “I felt like I had that ability. I could sing and I could write a song. While keeping his day job as an office worker, Morad released in 2019 independently ” Blink of an Eye”, a pop-rock number characterized by pounding piano keys and chorus-like vocal harmonies, its lyrics examining a loss of inhibition. Berita Angkasa, – the independent label that was home to rock bands such as Kelompok Penerbang Roket and Jangar, caught wind of the song and offered her a recording contract.

Sometimes trust and doubt go hand in hand. While Morad was thrilled to finally be able to launch his debut, he couldn’t help but wonder if rock music still had a place in the Indonesian music landscape. After a discussion with his label, he agreed to at least try to mix his rock sound with the sound of the present.

“There was a time when they suggested I do something more pop. I like pop music, so I accepted the suggestion. I tried to make a record with my producer [Viki Vikranta, also the drummer of Kelompok Penerbang Roket] and the whole thing turned out to be a complete bust. I realized that was not how I wrote my songs,” he explains. “Everything goes empty every time I try to make pop music.”

The lesson has been learned – during the process of recording her debut album ‘About a Woman’, Morad was keen to stick to her rock instincts and ‘do whatever I want’. For example, the title track, which has no bridge but an electric guitar solo and throbbing drums in the background. He wanted to “do something anthem – people can sing along just by listening to the guitar. Something in the vein of the White Stripes and the Arctic Monkeys,” he says.

Another rock number from the album, “Good Lovin”, is Morad’s take on the narrative of sex and rock ‘n’ roll, with its lyrics evoking his desire to “hell fire”. He doesn’t care what people think of the provocative lyrics. “I don’t care if people will have scruples [about this song]. After all, when it comes to lyrics, you’re free to tell whatever story you want,” he says.

“No One’s Gonna Love You” and “How” find Morad playing with more vintage sounds that he grew to love as an adult: Motown and soul. Inspired by Otis Redding, Black Pumas and Amy Winehouse, he felt compelled to master the emotive vocal prowess often found in their discography. In ‘How’, for example, he deliberately sings in a guttural, bluesy growl not unlike Winehouse’s on his classic album ‘Back to Black’ – no wonder Morad considers the song “one of more vocally difficult” on the record. For the production of “No One’s Gonna Love You”, he used heavy traditional horn, with the background vocals deliberately channeling ’60s Motown girl groups like The Supremes.

Morad loves how “there’s a different soul” to keeping things old school instead of relying on digital instruments or music production software. “Especially when it comes to brass – it’s similar to singing in that it requires your breath,” he adds.

As the album’s quietest moment, “In Case You Need Someone” uses a folk-inspired arrangement and was recorded not in a studio, but in its producer’s living room. Accompanied by acoustic guitar only, Morad sings of his longing for a former lover, promising that “I’ll come with open arms / In case you need someone”. Aiming for a “raw” quality was crucial for “In Case You Need Someone”, one of the album’s most personal songs. “If I had made this song rowdy, I would have ended up erasing the essence of it. The song has to be as simple as that,” he emphasizes.

Now that “About a Woman” is out, Morad admits he can’t predict how audiences will receive it, especially considering that the Indonesian music landscape is still dominated by a contemporary pop sound. But he is confident that he and his material will find an audience.

“Of course there is still room for us!” he says. “The problem with musical trends is that they always turn. I hope that with this album and with this kind of sound, I can motivate other artists who want to do something similar to what I do.

On a closing note (and after a lot of persuasion), Morad finally agrees to talk more about the mysterious muse from “About a Woman.” He stammers a bit and suppresses a broad smile before giving in and offering his answer:

“She is a woman I fell in love with. She made me who I am and she taught me a lot. She loved me so deeply and she hurt me so excruciatingly. So, yeah, that’s the kind of woman I’m talking about,” he concludes, with a bittersweet laugh.

“About a Woman” by Morad is now available via Berita Angkasa