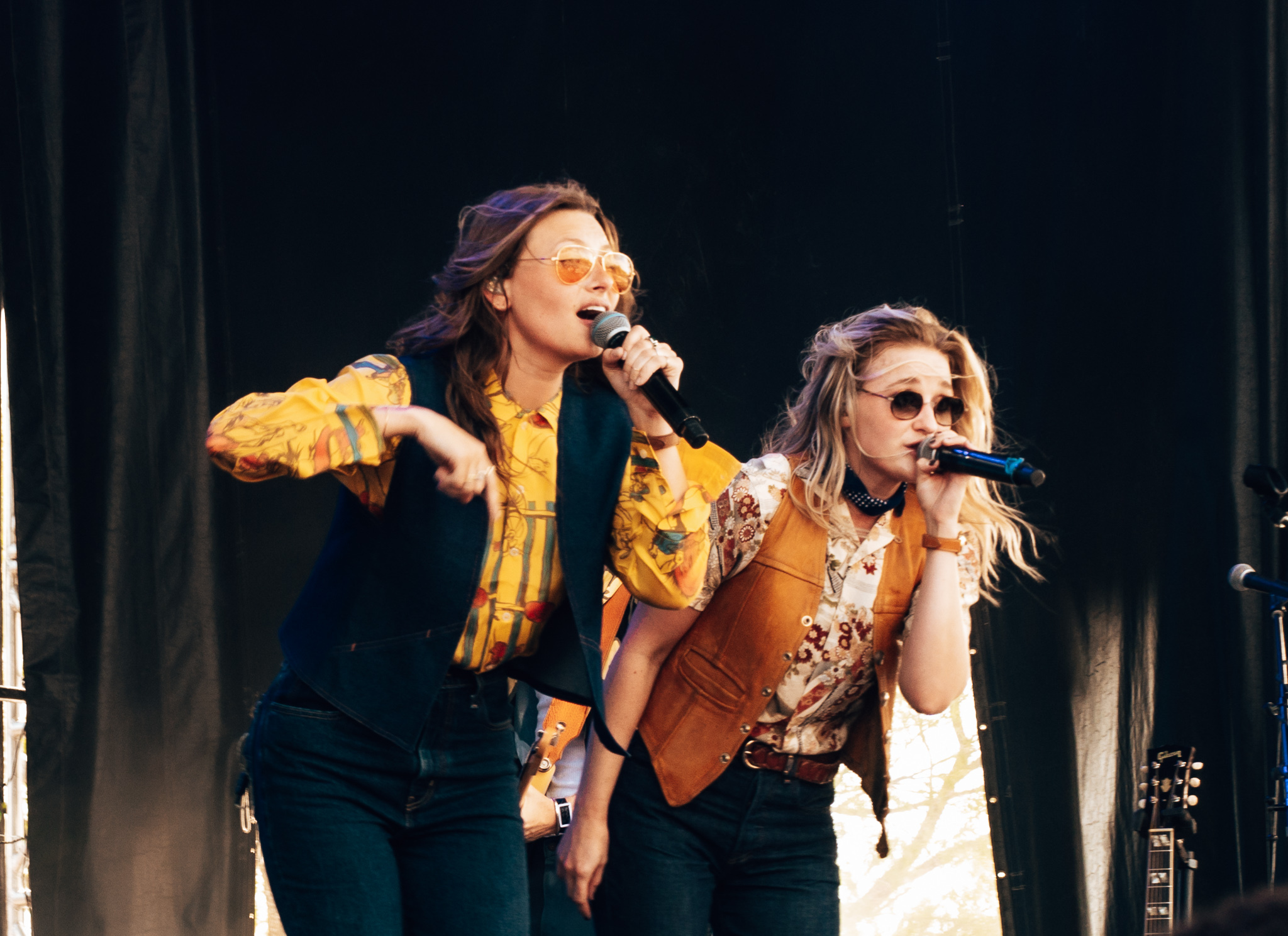 Central Texas’ popular floating and music festival, Float Fest, has returned to Gonzales with a bang after a three-year hiatus. Over the weekend of July 23-24, spectators (including me) braved triple-digit temperatures to listen to great music, tube the river, and camp under the stars.

Like most concerts and events, Float Fest was canceled in 2020 due to the coronavirus pandemic. It’s unclear why no plans were made for 2021. However, the streak of bad luck began in 2019 when organizers canceled the festival a month before the event because Gonzales’ new grounds weren’t ready.

For some it was their first time attending Float Fest, including me. I had planned to attend this Saturday July 23, but my colleagues also convinced me to camp, which we did. The short drive to the 765-acre private property in Gonzales felt like leaving the city and a Hill Country ranch with no service.

The long dirt road to our campsite left our truck (and us) filled with sticky dust for the rest of the weekend. The awful heat was no joke, but once we set up camp and headed to the festival, we were greeted with nothing but incredible energy.

It’s true what they say about festivals. The music atmosphere rejuvenates your soul and everyone is extremely friendly. I loved all the energetic people I met. Nicole Waller, 27, said her first time at Float Fest was awesome. The San Antonio resident said she thinks the new grounds are perfect for a festival like Float Fest. However, she said it was too far from hotels or Airbnbs. Waller said she had to drive from Seguin to attend the festival.

“It was well organized,” Waller said. “Everything was pretty seamless. We all love how open it was and how many different vendors there were! There was a little something for everyone. The only downside was that Texas heat. We were so grateful for the water refill stations that were provided.Overall it was a great weekend.

Artists who wowed the crowds included popular artists such as Aly and AJ, Chance the Rapper, Cage the Elephant, Marshmello, Tove Lo, Hippie Sabotage, Vampire Weekend and Deadmaus5. I only saw Aly and AJ, Two Feet and Chance the Rapper on Saturday before retiring due to exhaustion around 11pm. The campsite was nearby and I slept like a baby.

On Sunday July 24 we stayed for Hippie Sabotage (one of my favorite performances as they engaged with the crowd) before heading back to San Antonio. The Texas sun was not nice and we couldn’t hack it anymore. Congratulations to all the festival-goers who made it. Even the artists themselves couldn’t believe people were outside.

Jeremy Gonzalez, 25, of Houston, said he thought the venue was cool. He added that the campground was really cool but he wished there weren’t huge potholes in some places because it was dark at night. I can agree with that. I tripped more than once going to and from the portable toilet, which I hoped would be cleaner. I had to hold my breath every time.

All in all, most viewers had a great time. Although we didn’t hit a hit due to lack of time on our part, it was nice to meet new people and enjoy the music. Before Hippe Sabotage, someone next to me told me that it was his third participation in the festival. She said she preferred the Gonzales site to the old San Marcos site because she felt there was more room and space for fun. Her name was Trisha but the music started playing before she told me her last name. At that time the crowd started jumping and I lost it.

I would go back for sure. However, I will not be camping at a festival again as I am still extremely exhausted. My 29 year old self needs an Airbnb or hotel after a long day of gigs full of jumping, dancing and singing.

Scroll below to see more photos from Float Fest 2022.