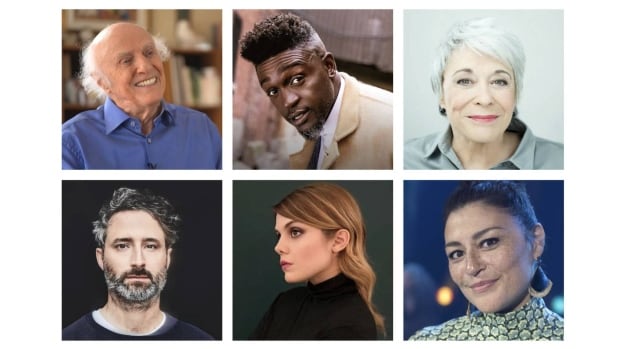 More than a dozen French-speaking musicians from Quebec have signed an open letter demanding retroactive revenue from radio royalties. They say the body responsible for distributing them fairly gave their English-speaking counterparts a bigger share of the profits.

In the letter obtained by Radio-Canada, the group of musicians indicates that it is seeking compensation of $2 million from the Society of Composers, Authors and Music Publishers of Canada (SOCAN) — the music rights organization that manages and authorizes the payment of royalties to Canadian artists for songs played on the radio.

Francophone artists such as Gilles Vigneault, Corneille, Louise Forestier, Louis-Jean Cormier, Cœur de Pirate and Elisapie are among the 13 singer-songwriters who signed the letter.

They say SOCAN’s mission is to be fair to all musicians, composers and labels across Canada, but they say they haven’t received the same share of royalties as English-speaking artists.

Francophone musicians estimate that they have lost 45% of the royalties owed to them between 2019 and 2021 due to a SOCAN calculation method that they consider unfair.

“It is clear that Quebec has been under-represented for several years in SOCAN’s attribution methods,” reads the letter.

SOCAN revised its calculation method in November 2021, but artists now want to be compensated for the 18 months of lost wages before the rules change.

The group is threatening to file a class action lawsuit against the organization if it does not pay them the $2 million they say is needed to make up the difference.

Decline in revenue despite constant streaming

Quebec musician Vincent Vallières, one of the signatories to the letter, initially thought his songs were getting less airplay when he noticed his royalties had plummeted. But in the end, he said the only thing that changed was the amount he got for them.

“It’s not acceptable,” he said in an interview with Radio-Canada. “It’s as if I told you that you are going to do a job, but that I am going to take 45% of your salary away from you.”

David Murphy, copyright manager for Vallières and other signatories, said he has received calls from several other clients who have noticed a drop in revenue. He said he will soon file a class action lawsuit against SOCAN if nothing changes.

“The numbers clearly show that Quebec creators have been hurt during this time,” says Murphy. “In terms of listeners reached, a song played in Quebec brought in less money.”

Murphy, the former chairman of the board of directors of the Association of Professional Music Publishers (APEM) in Montreal, notes that Quebec radio stations are fewer in number than in the rest of Canada, so they play fewer songs. But they are also bigger and therefore contribute more to SOCAN.

Retroactive compensation “unjustified”, according to SOCAN

In an email to Radio-Canada, SOCAN said no market is uniform in how it is affected by a change in distribution rules. He says he regularly changes his calculation methods to reflect music consumption habits and new technologies.

“Such changes are obviously not a sign that the previous rules were unfair, but simply proof that SOCAN is following the market and the tools available for analysis in order to adapt to provide the most consistent royalty payments, as timely and accurate as possible to its members and customers,” said SOCAN Chairman of the Board, Marc Ouellette.

“It would be inappropriate and unjustified to make any retroactive adjustment,” he concluded.

In a formal notice sent to SOCAN in April 2022, the attorney representing Murphy and his clients called the income disparity “unlawful discrimination based on language.”

“We take these allegations very seriously, and fairness and transparency are at the heart of SOCAN’s values,” said Ouellet.

But he said the retroactive adjustments would mean taking money back from some Quebec-based members who benefited from the old rules.

Even though they lost money when their songs were released in Quebec, Murphy said they would have made up for it when they were released in the rest of Canada – a balance that French-speaking artists couldn’t. benefit, as they are barely heard on the radio. stations in other provinces.

“It’s not just the amount [of money]it’s a matter of principle,” said Quebec artist and signatory of the letter Marie Denise Pelletier.

“I don’t see why creators in Quebec should pay for creators in the rest of Canada. It does not mean anything.

Pelletier said he hopes the situation can be resolved out of court, as many artists are walking on eggshells because SOCAN has a monopoly on managing its radio royalties in Canada.

SOCAN has announced its intention to meet with its French-speaking members by the end of the month.