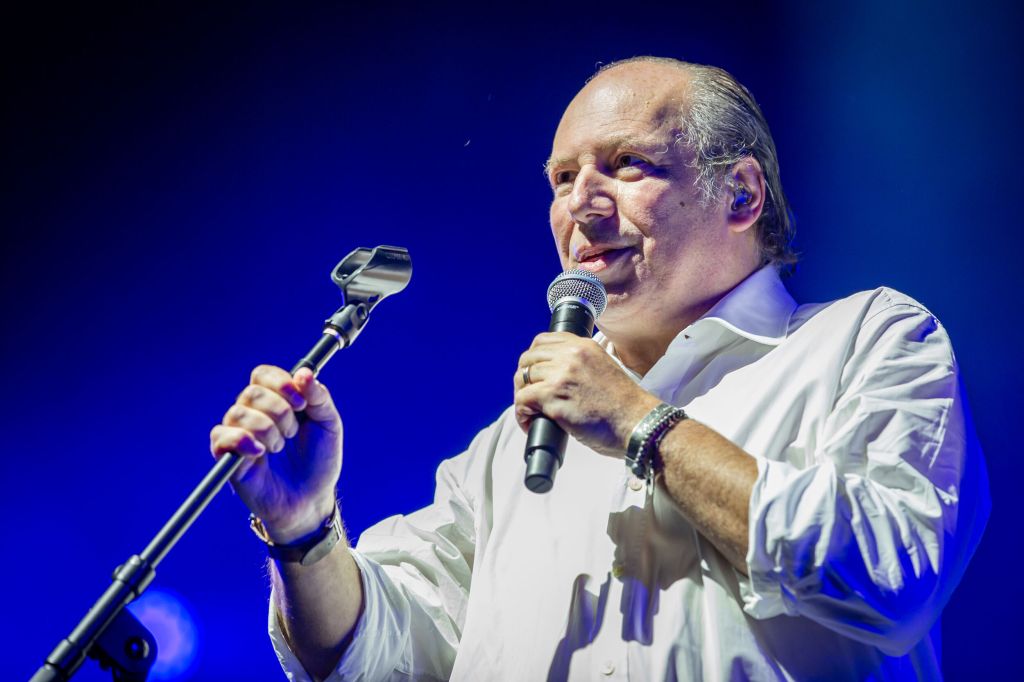 Oscar-winning composer Hans Zimmer interrupted a concert at London’s O2 Arena this week to highlight a moment of beauty amid the terror that reigns in the streets of Ukraine.

His “Hans Zimmer Live” European tour is a dynamic presentation of his award-winning scores for films such as no time to die, sherlock holmes and Dunesfor which he received an Oscar nomination this year.

But it was Zimmer’s presentation of his song “Time” from Creation which provided perhaps the most powerful moment. The composer showed the audience a video released earlier this week of a Lviv musician named Alex who, playing ‘Time’ on his piano for a crowd in the street, refused to stop when the air raid sirens sounded. started moaning.

The moment was captured by National Geographic photographer John Stanmeyer, who described what he witnessed when he posted the images on Instagram.

“When the bomb sirens started, the police asked everyone to move inside the station,” Stanmeyer wrote. “Alex @alexpian_official wouldn’t stop, playing his piano louder against the air raid warning. His friend joined in with the most soothing pink nails. Simple, overwhelming one minute passion against fear, against the war… He went on and on, never letting go.

You can watch the video below.

Alex refused to stop playing the piano, playing louder with CHALLENGE against the bomb sirens soaring in #Ukraineas an “inner protest against sirens, bombs, murders, war! »✊

Moved me to tears… 🥺

That wasn’t Zimmer’s only recognition of Ukraine and its musicians during the long-running show. The composer became emotional when he introduced the Ukrainian members of his ensemble.

“When Covid stopped us coming here 885 days ago, we booked our orchestra from Ukraine, from Odessa, and we only managed to get 10 people out…So just welcome them,” did he declare. The audience, bathed in yellow and blue lights reflecting those of the Ukrainian flag, received a standing ovation.

Hans Zimmer. wow. If you get the chance, take it 👏 pic.twitter.com/a80lDDqO4W

Zimmer was not done.

“One of the things that I found remarkable about the people we brought back from Ukraine, who were left out of the orchestra, was a lot of women,” he said. “They taught me who the real female wonders are and so I’d like to celebrate them with this little song called ‘Wonder Woman’.”

The musicians then jumped into the beating drums and screaming strings of the Wonder Woman theme from Batman v Superman: Dawn of Justice“Is she with you?”