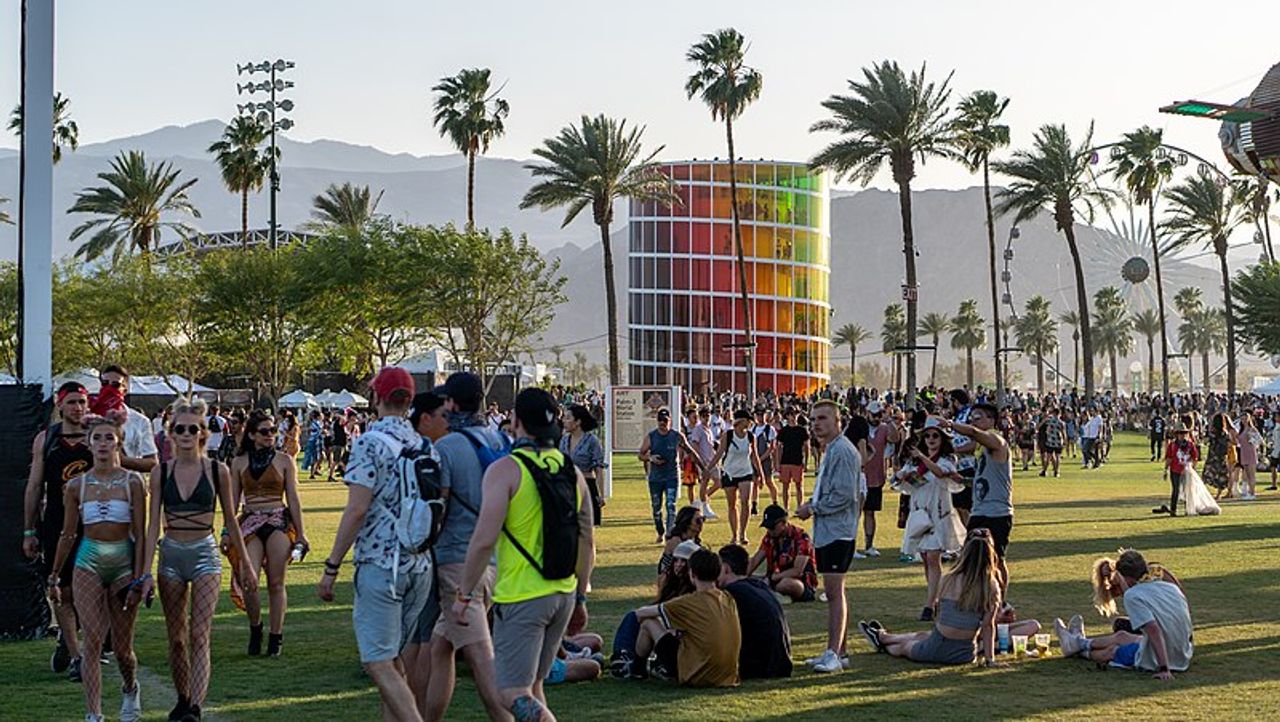 A recent Science & Medicine article in the Los Angeles Times, “Coronavirus Today: When live music becomes a scientific experiment”, points to a worrying trend: the return to “normal” in the concert world. The trend is driven, above all, by the large conglomerates that dominate the field.

The author, Time Science and Medicine editor Karen Kaplan first notes that “politicians on TV or on Twitter ‘say life can and should return to normal’, and suggests that the public may well ‘decide to believe them because we want them to be right.”

Of course, people don’t really have a choice in the matter. The central and overwhelming responsibility for the current state of unpreparedness lies with the government, the media and the corporate elite, who are organizing the “return to normal”, or trying desperately to do so, for their own economic and selfish policies. Young people are bombarded with the message that the pandemic is over. Everyone, from President Joe Biden to the descendants, is lying to them.

Kaplan goes on to observe that the “recent Coachella and Stagecoach festivals [both held in Indio, California] provided the perfect natural experiment to test the hypothesis that if people ignore the coronavirus, it will reciprocate.

The results are perfectly clear and widely disseminated. According to Peoplein fact, COVID-19 cases “jumped 139% in the past two weeks in Riverside County, Calif., after hosting the 2022 Coachella Valley Music and Arts Festival over two weekends. “.

The Palm Springs Wastewater Treatment Plant’s weekly report, the magazine continues, showed “the concentration of COVID-19 in sewage samples jumped over the past week, from a average of 360,433 examples to 617,875. The factory called it a “significant leap”. The majority of cases are caused by the omicron variant.

Coachella, which took place over two weekends in April, drew around 750,000 people. “The festival takes place outdoors, but did not require proof of vaccination, testing or a mask for attendees. And throughout both weekends, many brands like Revolve and Spotify are hosting their own parties at homes and venues in the area,” reported People. The Stagecoach country music festival, which “had also dropped all COVID safety precautions,” drew some 80,000 attendees.

The same general picture emerges from other music festivals, large and small. Aftermath of Duluth [Minnesota] Homegrown Music Festival, “several” positive cases of COVID-19 have been reported among attendees, festival organizers said. Everyone who attended a show was recommended to be tested for COVID.

A Memphis, Tennessee, television station reported that “After a Mother’s Day weekend filled with congregations and music fans who came to Memphis for the Beale Street Music Festival a week earlier, the county of Shelby is experiencing an increase in COVID cases.” The local health department explains that the county’s “seven-day average for COVID-19 cases is again hovering in the triple digits. There were 132 cases on Monday.

Meanwhile, Variety reports that “As Mask and Vaccine Mandates Fall, COVID Rates Soar Among Touring Musicians”. The unusually outspoken April 19 article observes that “mask and vaccination mandates continue to fall across the country, despite all the credible scientific evidence that another coronavirus surge is not only in run, but rage”. Given that, the article continues, “it’s no surprise that touring music artists continue to postpone dates because band members or crew test positive for COVID-19.”

The article comments that “all one needs to do is watch social media to see dozens of concerts or tours postponed or canceled due to a positive test from a member of the artist’s party” . Variety quotes singer-songwriter and musician Sasami’s tweet [Ashworth] earlier this year, “I’m not a big band, if we have COVID and have to cancel concerts, I’m completely FUCKED. If you like me at all, please wear a mask and buy goods [merchandise] so we can keep shooting.

This is the situation for all but the biggest names. Variety explains that those hardest hit “are mid-level and independent tours, those that depend on live performances for a living and earn little revenue from streaming.” These artists “play in much smaller, tighter and less well-ventilated venues” than the more high-profile personalities “and they tour with fewer people, which increases the impact when a tour member tests positive. A postponed or canceled date has a much greater impact on these artists than a superstar act, which has bigger teams (and can therefore absorb the loss of a staff member or two much more easily) and can afford more easily the costs associated with deferrals.

Bob Mould, formerly of Hüsker Dü and Sugar, according to the Los Angeles Time article, “has been particularly vigilant about the safety of COVID-19. Before embarking on a three-week tour last fall, he made sure that all members of his band and crew were fully vaccinated. He risked alienating fans “by telling them he expected them to wear masks that covered their noses and mouths. If they weren’t ok with that, or with proof of vaccination if a place required it,” Mold recommended that they get a refund.

However, in April, Mold reported on Facebook that he too had tested positive for COVID and had to cancel the shows. He told an interviewer, “I blame myself for not being tough enough. I don’t think there is any question of us having to wear masks when we gather inside drinking, shouting and singing.

In other words, conscientious bands and performers find themselves in an almost impossible situation.

As for the giants of the media, recording and performance industries, they are more than happy to proclaim “business as usual”, so the revenue keeps flowing.

Live Nation, the major promoter, merged with Ticketmaster in 2010 and formed Live Nation Entertainment. The latter, a quasi-monopoly, controls more than 200 theaters worldwide, promotes more than 30,000 shows a year and sells around 500 million tickets worldwide.

The reality of bands and artists having to cancel shows, which “can mean that a tour that was profitable is suddenly unprofitable,” according to Variety“goes against the sunny touring season predictions of Live Nation and other major live entertainment companies, which, like much of the rest of the country, are ‘back to normal’.”

In the company’s last earnings call in February, Variety continued, “Michael Rapino, CEO of Live Nation, predicted ‘record financial performance’ and ‘the strongest multi-year period ever for the live music industry.’ Omar Al-joulani, co-president of Live Nation for tours, told the New York Times in April that “it feels like we’ve gotten much more back to a normal pace and cadence”, reporting that up to 40 tours are planned for next year and beyond.

The idea that concert staging is a “science experiment” gives music industry giants far too much benefit of the doubt. For such events to be truly experiences, the possibility of an entirely positive outcome would have to exist. Here the only unknown is the exact amount of physical and emotional damage, short term and long term – that there will be such suffering is not even a question. The corporate leaders involved, protecting themselves as much as possible, are more than willing to sacrifice the health and well-being of hundreds of thousands of young people for the sake of profit.