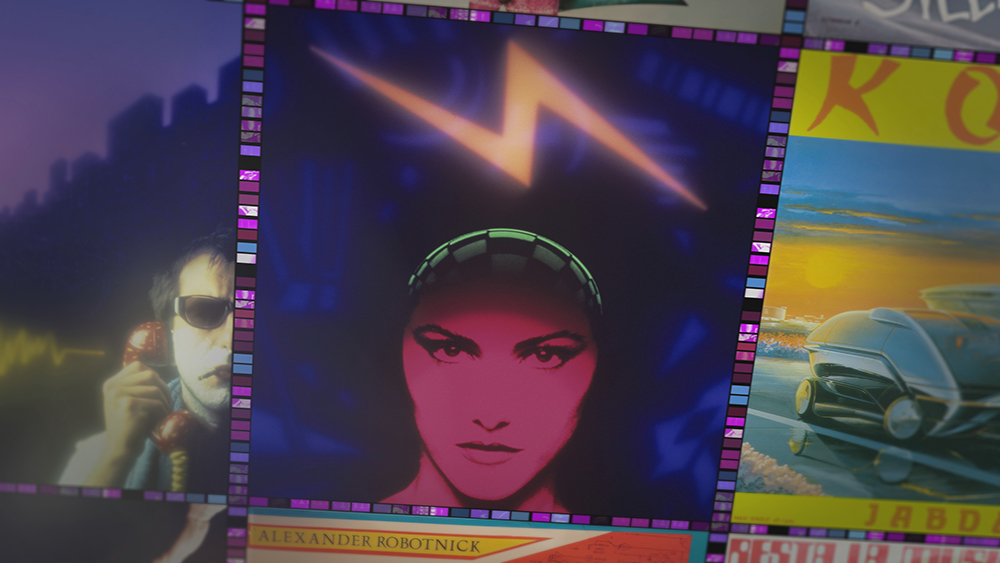 Founder of Alpenway Media, Melazzini has produced films from “The Italian Character” to “Our Stone” while often working as a director.

Music unites, but it can also highlight differences, says Melazzini. His film, meanwhile, has been called “an excursion to another time and place, perhaps to another planet,” and at a time when millions of Europeans indulged in “synthesized sounds, catchy melodies. and generally bizarre English lyrics, all often emphatically combined with futuristic videos.

But more than just a big-haired, big-show glam tour, “Italo Disco” offers an examination of the circumstances of the music industry of the time and its role in the dissemination of a soundtrack that some would rather forget.

The Italo Disco genre “was born in Italy, then received new energy in Germany and the whole planet danced,” explains Melazzini.

And, as his analytical doc makes clear, it’s easy to underestimate the importance of independent, non-ideological escape music.

The 1980s were seen as a shallow decade, ”says Melazzini. “Over time, you have a different approach to this period, which was more than stupid. It was also a period of optimism, of experimentation, of promises, of illusion. And awesome creativity.

His biggest expenditure of time, the director says, wasn’t searching through old VHS tape archives, as you might imagine. Instead, it recreated the audio landscape of the time.

“Most of the musical effort has gone into creating the right soundtrack with original music. I think the composer Luca Vasco did a great job.

But there was more to the phenomenon than catchy tunes, says the director.

“I tried to understand that Italo Disco was not just a musical genre, but a whole era, and above all an economic industry and a social lifestyle. Maybe my studies helped that and that’s why I spent time focusing on the producers of Italo Disco as well.

Melazzini admits that it was sometimes difficult to involve critics and historians in his film.

“I didn’t just make a fun movie for the fans,” he says. I tried to also make a movie for people who don’t know what Italo Disco is and maybe they don’t think it’s worth going into.

But his research confirmed he was on the right track, says Melazzini.

“Before I started the project, I wasn’t aware of some of the musical gems that unfortunately never became mainstream,” he says. But leading to discoveries that “sound like Daft Punk 20 years before Daft Punk”.

Archival footage also had other benefits, says the director.

“I like working with images like I did with my previous film on Cicciolina. This time I was helped by Guglielmo Parisani, a professional researcher in Rome who found great material.

It was also clear to Melazzini from the start that he needed to partner with Italian TV channel RAI to get the best footage of the period.

One surprise that emerged from the footage, the director says, was his own sense of nostalgia “for the” dolce vita “of the Italian Riviera, which died so quickly that it now appears to be another century … which, in fact, it is. “

The archival documents also confirmed Melazzini’s suspicions that the Italian TV shows of the 70s and 80s were “a greenhouse of incredible material”.
At the same time, says the director, using what he found, he created rights dilemmas which he describes as “the horror that I had to go through as a director but also a producer.” It was a huge obstacle in my creativity, but also a challenge that I accepted.

Balancing the fight for rights was a more encouraging attitude on the part of editors, says Melazzini, who he said didn’t need to be convinced his topic deserved serious study.

Those to whom he introduced “Italo Disco” were “very aware of the cultural and social significance of pop culture,” he says. “But it took a while to find them all – it took me years to fund the project. I am grateful to them for their foresight.