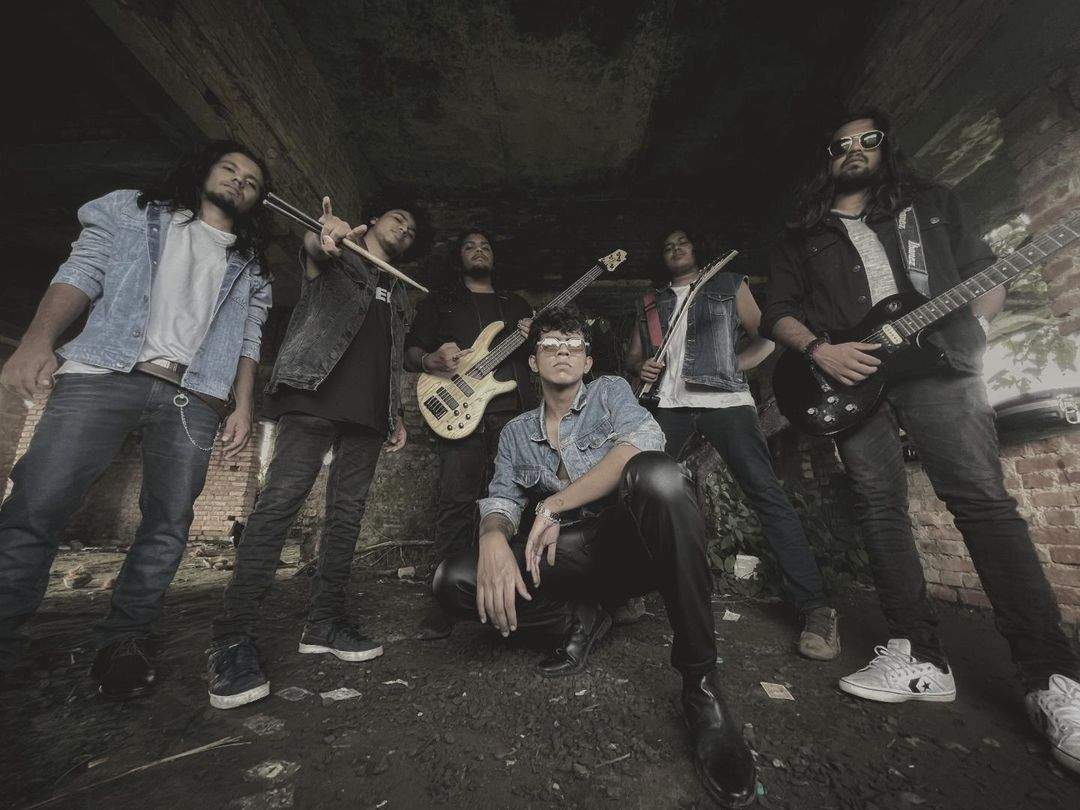 KOCHI: Rock culture in Kerala has been under a rock for quite some time now. The land of Motherjane, 13 AD, and EverGreen had rock music’s heyday before electronics and hip-hop took over. But that’s the thing with rock, even though it doesn’t make a lot of noise in the foreground, it’s a cult that thrives very well in the hearts of those who are loyal to it.

Skreen-6, a six-piece band based in Kochi brings rock culture in Kerala to life with their sounds. The team members, all in their early 20s, were heavily inspired by hard rock and metal bands of the 80s like Motley Crue, Def Leppard, Bon Jovi, GnR, White Snake and Skid Row. Skreen-6’s new single “Rockin ‘Head” is a refreshing canvas to watch.

Maybe rock and metal aren’t everyone’s cup of tea, but Kerala’s demographics have always been open to versatility in art and music. Amal Dev Nambiar is the lead singer of Skreen-6. M Krishnan plays lead guitar, Dibin Savio is on keyboards and Adithya KM plays drums. Jayakrishnan PS throws the bass while Salas Stewert balances backing vocals and plays rhythm guitars. Their debut album, ‘Rockin’ Head ‘, is also aimed at non-rock lovers. It’s more like a response to the powerful words, ‘Who says this is the end.’

Dibin teaches keyboard at Adithya’s school. The group formed an acquaintance by playing concerts at weddings, performing covers. But they all played with other artists and bands at the time. â€œThe idea of â€‹â€‹forming a group came during the second wave of Covid. We met regularly on Zoom calls, and that’s how the name Skreen-6 was born, â€says Adithya, a second year BBA student at Sacred Heart College in Thevara. Growing up listening to classic rock, he says love for the genre is part of the creative language of the band members. â€œIt was the music our parents listened to. So naturally, we developed an affection for it, â€he adds.

According to lead singer Amal, the track is an introspective admission of the band’s undying love for rock. The opening scene shows a room filled with an eerie silence. Six guys are sitting around, questioning their skills and their future in music. â€œThe man in the white clothes is our collective conscience, embodied by our friend Sabari. The crux of what we’re trying to say is how rock music has helped some of us get through some tough days in life and how it doesn’t get the attention it deserves in the world of today, â€he says. Amal’s deep voice can sustain a note as well as it contains the emotion it contains. The single has an overall 80s vibe, the vintage backdrop for denim and leather outfits.

The song was topped off beautifully with a touching and poetic delivery from Salas, where he talks about what rock means to each of the band members. The bit brings a certain subtlety to the song, balancing its intention and intensity. â€œIt didn’t take a lot of effort to compose these lines. It comes raw, from our hearts, â€says Salas, who claims his voice is suitable for ballads! The group plans to explore rock genre ballads soon, in the seven-track album they have in the works.

Rocking Head, the first single, is the title track from the eponymous album. The song has already over 10,000 views. â€œThe song relies a lot on the rhythm. The responses have been surreal and overwhelming. An 80-year-old Carnatic teacher was able to groove on his melody, â€explains Amal. The track, mixed and mastered by Le Charles Blue, ends on a liberating note: a one-minute guitar solo by Krishnan aka MK. The music video was directed by Sangeeth Prakash.