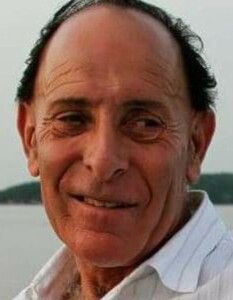 He was known to be an active member of his community and never shied away from hard work. He had many jobs over the years, including the family farm and his father and uncle’s sawmill, known to many as Duprey’s Lumber. He also continued his work at Roger’s Wood Products and did janitorial work for the Northeastern Central School district. In addition, he worked simultaneously for St. Ann’s Church and for the town of Mooers.

Leon had many passions, but his most notable is a love of country music, especially Crystal Gayle and many others. He enjoyed visiting people, watching baseball and football, camping, playing cards, dancing, and spending time with his family. He was also passionate about traveling to Florida every year.

In addition to his parents, he was predeceased by a brother, Robert Duprey; sister-in-law, Linda Duprey; and most recently his uncle, Douglas Duprey.

Calling hours will be Monday, April 18, 2022 from 3:00 p.m. to 6:00 p.m. at Hamilton Funeral Home, 793 Gilbert Road, Mooers. A Christian Burial Mass will be celebrated on Tuesday, April 19, 2022 at 10:30 a.m. at St. Ann’s Church in Mooers Forks with Msgr. Dennis J. Duprey, celebrating his life. Commitment prayers and entombment will follow at Saint-Joseph de Mooers Cemetery.

Donations in her memory may be made to Saint Ann’s Church and the Mooers Fire Department.