Musique En Vue DISCOVER THE ART OF PUBLISHING
Home Quebec music Letters to the Editor: June 12: “The selfishness and disregard for others exhibited by riders without a mask.” Most mask mandates in Ontario are ending, along with other letters to the editor 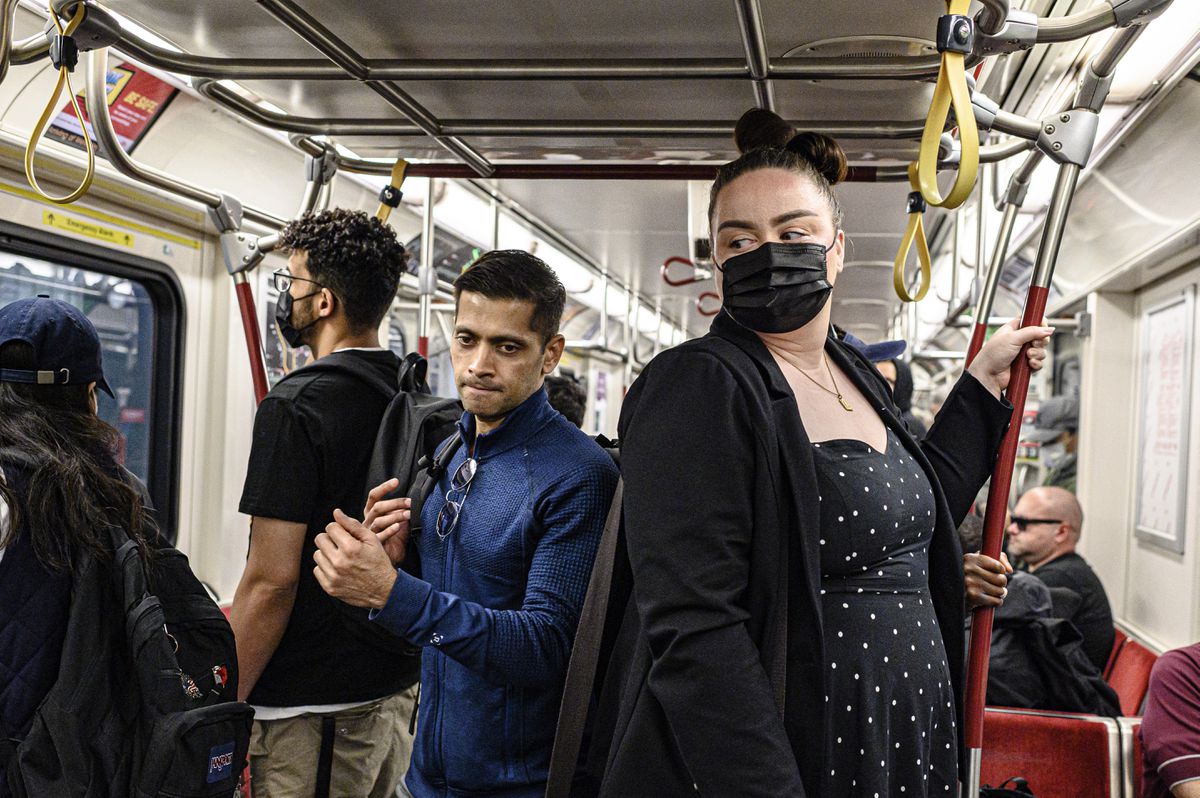 This ostracization perpetuates a failed foreign policy on the affairs of the hemisphere, leading not to prosperity, economic growth and mutually respectful attitudes, but to continued conflict for the peoples of the region. Why has Canada not also taken a more inclusive stance and stood up for its neighbours?

There are difficult issues that must be faced head-on. Maybe Mr. Biden and Justin Trudeau don’t want to face the music coming from their poor neighbors. Peace and prosperity in the hemisphere can only be achieved through dialogue, however difficult that may be.

Re Europe’s energy crisis exposes hidden dangers of ignoring safety and reliability (Report on Business, June 7): There is evidence that Europe was on track to be less dependent on foreign oil. They may not have gone as far as they would have liked, as the possibility of war seemed remote.

Europe has been striving to reap the “sun under our feet” by installing geothermal electricity generation for district and domestic heating capacity. As such, they are further ahead in reducing reliance on foreign and hostile suppliers than we are in North America.

In 2018, Europe’s geothermal power generation capacity exceeded three gigawatts of electricity, or about three million homes, and grew at a rate of 10%. European countries facing an energy shortage caused by the war in Ukraine have increased their geothermal footprint and plans for future implementation.

The true value of geothermal electricity generation for heating and cooling is that it is available everywhere, forever, under our feet. Its supply and price cannot be controlled by others.

Ford’s victory is a setback for Canada’s climate policy – ​​and an opportunity (June 4): The Globe and Mail highlights an often-overlooked point: the climate discourse should change.

While climate action may be a moral imperative, defining it as such (and pointing the finger at individuals like Doug Ford) only serves to alienate much of the population. Those who care deeply about this topic should stop the divisive rhetoric and seek common ground.

There’s a lot to be found on issues like affordability and economic growth.

Conservative supporters are loyal. They vote. They contribute monthly. They are like a religion. Conservatives are therefore favored with a bigger slice of a smaller pie.

This often results in a two-pronged campaign. The Conservatives want to appeal to the committed. For others, they can weave together lies, questionable statistics and fear. They don’t want to win the vote of non-conservatives, being just as happy if those people just don’t vote. They point out obvious flaws and disappointments, but offer no solutions to right the wrongs.

This is exactly the approach taken by Pierre Poilievre in his campaign for the leadership of the Conservatives.

Re Canada should not abandon the monarchy just yet – it still offers a great advantage to the country (Opinion, June 4): For nearly 250 years, our country has been a safe haven for those fleeing wars and persecution.

English Canada first opened up with the forced migration to what became Canada of United Empire Loyalists after their harsh treatment by rebels during the American Revolution. Our future country offered them, and subsequent waves of immigrants, a safe place to live and prosper.

Our constitutional monarchy offers a freely elected parliament, a strong and fair legal system and an impartial governor general. Our soldiers take an oath to the sovereign, not to the governments in place. This system ensures the security of businesses and commerce. The Crown was a great safety valve.

Fortunately, we don’t elect our leaders through social media or dodgy polls. The stability we enjoy is the result of our constitutional framework. Changes to this finely balanced system should be considered with great caution. Freedom wears the crown.

We are inundated with debates over whether or not to maintain the monarchy in Britain’s early succession. Invariably, the difficulty of the process – unanimity of all the provinces and of Ottawa – leads the authors to resign themselves to pursuing it. I do not agree.

If we alone wrote our Constitution, we will surely be able to amend it. Avoiding a structure in which a vote goes against the desire of a majority should be paramount. Look at a recalcitrant, Turkey, which opposes the reception of Finland and Sweden by NATO.

Given the multiple concerns, including a foreign head of state (how bizarre) and a dwindling section of the population with direct lineage to Britain, we should seize the opportunity to settle this problem before the Crown changed. A reading of the composition of the Order of Canada could be a wonderful source of candidates for the position of head of state, without the need to attach it to a monarchy.

Re Crime and Time (Letters, June 4): An important determinant of the length of a prison sentence should be the age of the criminal at the time of the offence. A 25-year sentence has a very different impact on a 20-year-old compared to a 50-year-old.

When imposing fines, some European countries take into account an individual’s means and ability to pay. This principle should apply to prison sentences.

Quebec’s Language Law Bill 96 Put to the Test (June 4): Bill 96 is also likely to have unintended consequences for Quebec civil law, a key element of pride and specificity of Quebec.

Bill 96 will likely stimulate the reduced use of Quebec law in major commercial transactions. In major transactions involving Quebec companies, there is often a debate regarding the law that will govern key agreements. Typical candidates are Quebec law, Ontario law, New York law or Delaware law. If sophisticated parties (including their foreign landlords and lenders) doubt their access to English courts, they risk drifting away from Quebec law.

The practical result is that Quebec law (and Quebec lawyers) will become much less relevant in the transactional world, and key legal decisions regarding Quebec contract law will not be publicly available. Paradoxically, Bill 96 is in great danger of harming the growth and development of one of Quebec’s unique riches.

Regarding most of the remaining provincial mask mandates set to end (June 9): I stopped using the Toronto subway system a few months after the introduction of the public transit mask mandate.

Over time, up to 20% of cyclists did not wear a mask. As an elderly person with a chronic illness, the risk was too high. The selfishness and disregard for others exhibited by unmasked riders was only surpassed by the Toronto Transit Commission’s failure to facilitate and, if necessary, enforce the mandate.

The mandate of the mask has therefore long since expired. Now it’s official.

Letters to the editor must be exclusive to The Globe and Mail. Include your name, address and daytime phone number. Try to limit letters to less than 150 words. Letters may be edited for length and clarity. To send a letter by e-mail, click here: [email protected]