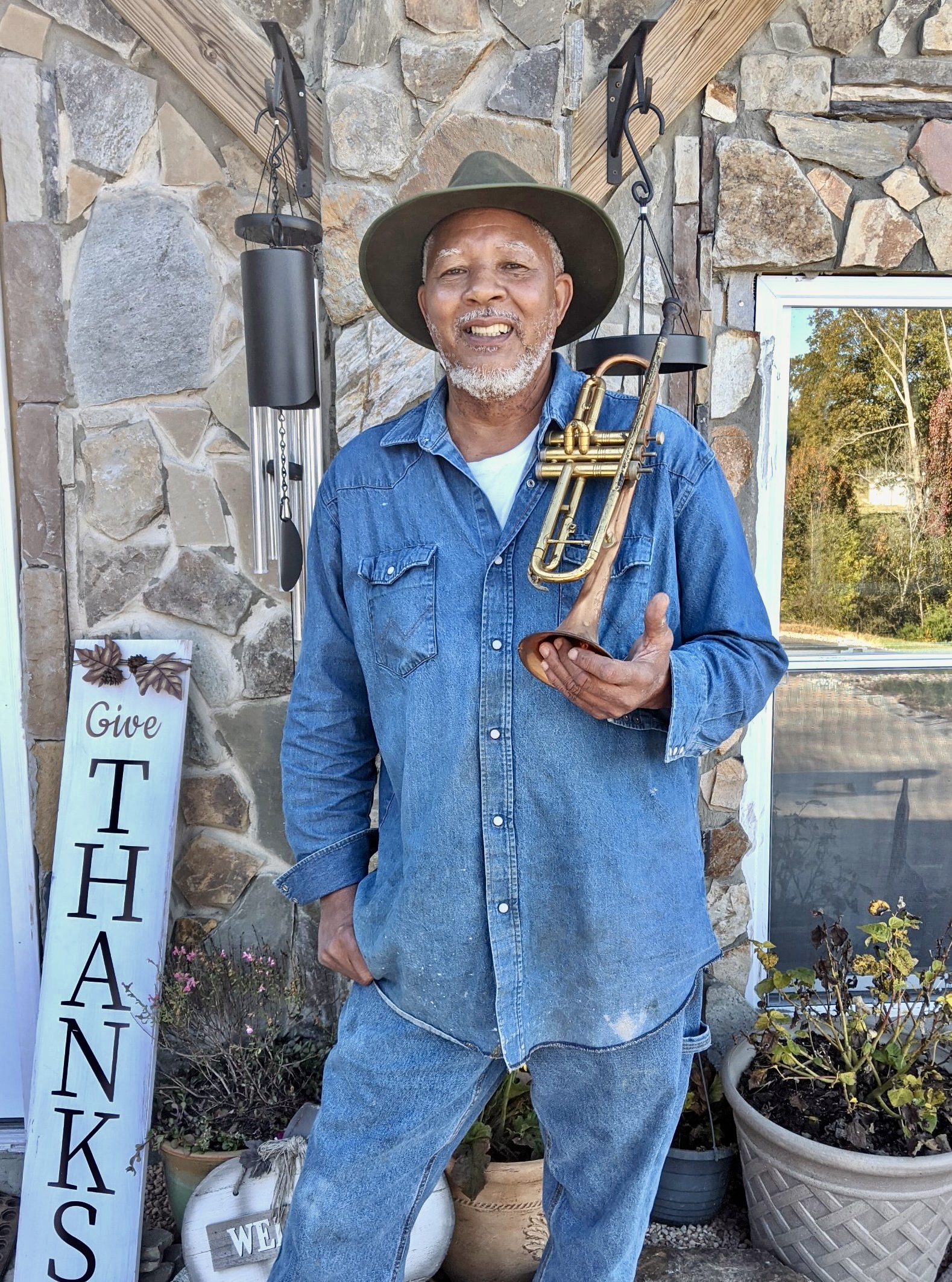 Few of us are fortunate enough to live such rich and fulfilling lives as local musician and stone artist Michael Whiteside. If you are lucky enough to have the time to sit down and talk with him, you will be amazed at all the stories he has to tell.

Michael met his wife Stephanie in grade 11 through a classmate. “My wife grew up in New York, and I also grew up in New York until I was 8 when my mom and I moved back to this area where she was from, but we met. here. We didn’t know each other up there. At this time, Michael was playing the trumpet in the Chapman High School Marching Band, conducted by Marching Band Principal Harrison Elliot. Growing up in Inman, Bobo and Bomar streets, “It was so nice back then, it was a whole different world back then. A whole bunch of boys, we were playing baseball or softball right in the middle of Main Street Inman, in front of Kempson Rexall Drugs, even with the police! The police played with us and trained us too, ”says Michael.

He went to summer school every year and graduated a year earlier, in 1975. “There was nothing else to do and I could go and work in the peach or apple orchards. , but I didn’t like it. I was a musician. I played in a band, The Magic Funk Band, the whole time I was in school. To be part of the group, I had to agree to go to school every day.

Michael plays both the trumpet and the keyboard. “I started playing the trumpet in elementary school. My uncles taught me. They were only two or three years older than me and they played in the high school band. So they used to bring their instruments home everyday and I just played with them. Then all of a sudden, a few years later, I was playing as well as them, and a few years later, I was playing better! The youngest member of the Magic Funk Band, “I was the baby and people were amazed at me because I could play keyboards and the trumpet at the same time!” he says.

“We really didn’t know how good we were until we went out and started traveling to different parts of the country and playing with other people. Then they started asking us to support them. To be successful in the music business at the time, you had to go to NY or LA. In today’s terms, as good as we were, we would have been as important as any other R&B group, ”says Michael. The band performed only on the South East Coast, and Michael’s musical talents weren’t strictly limited to R&B. He has also known and performed with members of southern rock groups.

“I played with a lot of them. We all knew each other, the Marshall Tucker Band, Lynyrd Skynyrd, Alabama, The Temptations, The Commodores. We have traveled the same circuits. At the age of 16, Michael even met musician Charlie Pride, and later pianist Jerry Lee Lewis. They performed with many musicians before their groups got big, including The Commodores, at the Spartanburg Memorial Auditorium, when they only had one or two R&B hits. They even went to eat donuts with them at the nearby Krispy Kreme. Two years later, the Commodores were a supergroup.

It was a frosty, snowy night in the late ’70s at The Orange Peel in Asheville, a club that became home to R&B and Soul groups during this time. Before their show started, Michael and his band mates went out to smoke a cigarette. After a while, they realized that one of the group members had simply disappeared. They looked for him everywhere. Unfortunately, it turned out that the party member fell through a hole covered in snow and ice, into a pit that had been dug for a septic system repair! They eventually pulled him out of the pit and he and Michael continued to play through the night with no change of clothes.

“I was a full-time musician for the first few years after I left high school,” says Michael. Then he and his wife became parents and, coming from a divorced family, he said, “I don’t want my children to grow up this way. So I got off the road and stopped playing with the band, and it hurt my heart. But it’s a choice I made. So now I needed a job.

After being away from the road for several months, he met local German stonemason Siggi Oberlander, who greeted him and taught Michael all the skills of stone masonry. Today, after more than 40 years in the business, Michael remains a sought after stonemason in our region. His wife Stéphanie has become a local optometrist. “My wife is the nicest and sweetest person in the world. I attribute my whole life to it, ”says Michael.

Once, while working on a residential masonry project in Flat Rock, Michael said, “I work here and this guy walked down the street with his wife and two dogs, and I said, ‘Hello! And he said “I always wondered how you do this job”, and I look at this guy, and it kills me, I know him… I know him… and I said “Sir, what’s your name? And he looked at me, started to smile and said “James”. James was none other than musician James Taylor, with whom he was able to hang out later that day.

Stephanie’s father knew actress Eva Gabor, known for her role as Lisa Douglas on the 1960s sitcom “Green Acres”. He was cleaning Eva’s windows in her apartment in New York. She was angry with her boyfriend and didn’t want furniture he bought for her. She sold the furniture to Stephanie’s father, for pennies on the dollar. Today, Michael is currently building an addition to his house where the furniture will remain.

As you sit down and chat with Michael at his home, you will meet Fred, a beautiful macaw from Brazil and a member of the Whiteside family. He loves to listen to Latinx Music on TV, and they let it play for him all day. He has been with the family for almost 12 years now. It comes down from its perch and wanders around the house during the day. He knows a lot of words. “Sometimes he calls me daddy and sometimes he calls me Mike.” said Michel. Another unique thing about Fred is that he has bird superpowers. “When you hear him say ‘Hello’ you know the phone is about to ring. He can hear the bells before we do! said Michel.

Michael is not the only member of the Whiteside family to enjoy a rich, successful life. He has two younger sisters who have played professionally for the WNBA, Valorie and Gwen, both of whom are now coaches for women’s teams, one at Dorman High School and one at Wofford College. His sister Valorie is the mother of JJ Arcega-Whiteside, Wide Receiver for the Philadelphia Eagles. Her nieces also played professional sports and became local coaches.

Today, Michael is a loving husband, father and grandfather, and is the musical director of his church, Fountain of Life. If you ever get the chance, it’s a real honor and a joy to know Michael Whiteside.