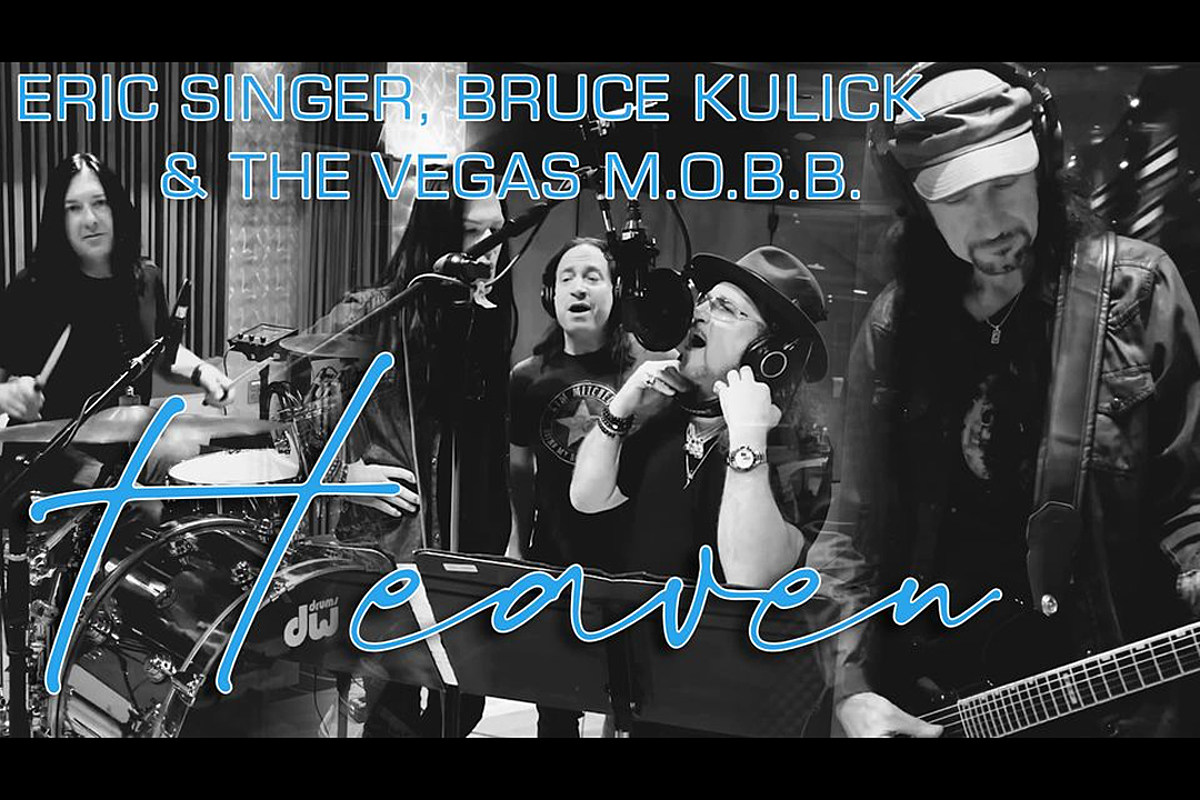 The singer handles the lead vocals on the track, with Kulick delivering his distinctive guitar work. Bassist Todd Kerns, background vocalist Zach Throne and Brent Fitz, who recorded both drums and keyboards for the song, round out the lineup. The three musicians are part of Kulick’s group, which he affectionately calls Vegas MOBB (Member’s of Bruce’s Band).

The new cover of “Heaven” was created as part of a charity fundraising event for the David Z Foundation, a non-profit organization dedicated to music education and named after the late bassist Adrenaline Mob, David Zablidowsky.

A black and white music video accompanies the new rendition of “Heaven”, featuring the band working together in the studio. Watch the music video below.

While some may be surprised to see the Kiss alumni cover Adams – whose material is more in the pop than hard rock vein – the Canadian singer / songwriter has a long history with the band. Kiss’s songs “War Machine”, “Rock and Roll Hell” and “Down on Your Knees” were all written by Adams.

Kulick was a member of Kiss from 1984 to 1996, a term in the band that overlapped that of Singer, who joined in 1991 after the death of drummer Eric Carr. Kiss’ 1992 LP Revenge and 1997 Carnival of Souls were the only studio albums to feature both Kulick and Singer in the lineup, the latter remaining the band’s drummer.

Earlier this year, Kulick contributed another song to the David Z Foundation, teaming up with Gabriel Connor and Paulie Z on an emotionally charged cover of Kiss’s “I Still Love You”.

Changes in the Kiss lineup: a comprehensive guide

A detailed guide to all the personnel changes experienced by the “hottest group in the country”, Kiss.