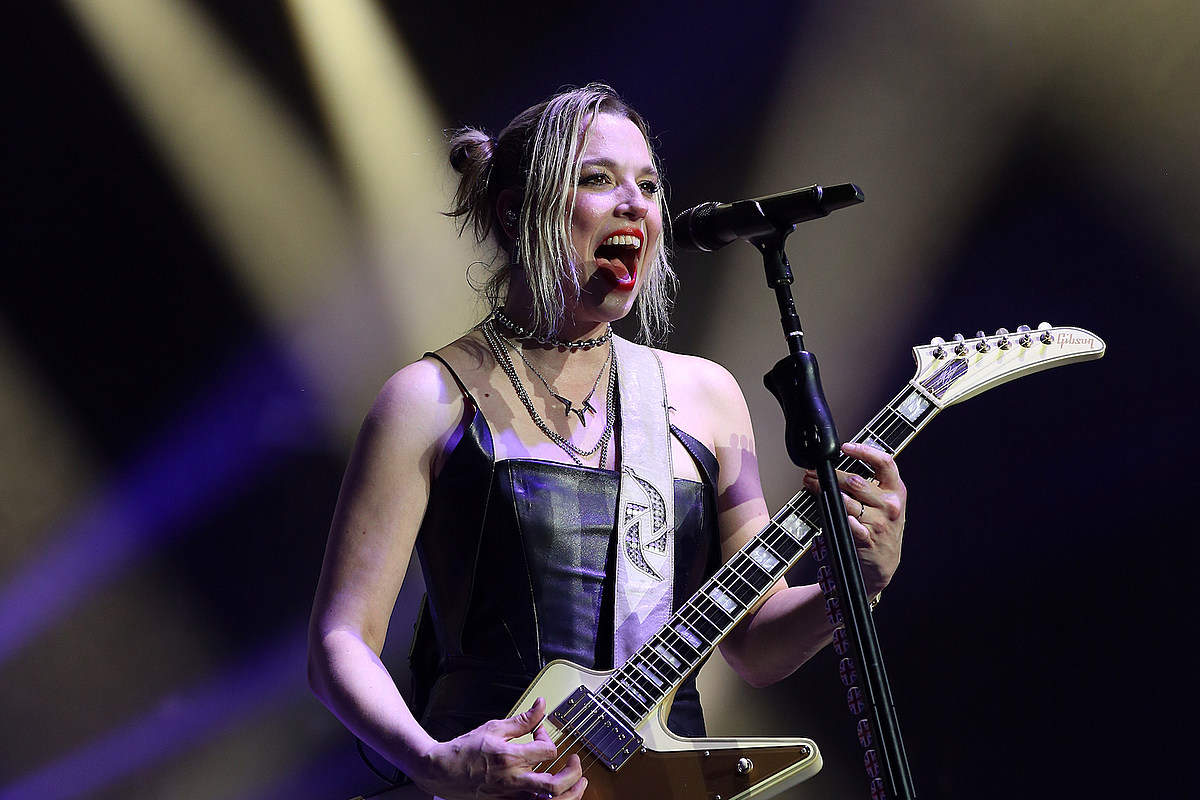 Stressful times can really test a person’s inner strength, and the COVID-19 pandemic has put normal routines on hold for almost everyone, especially musicians. Lzzy Hale admitted she actually had to rediscover her love for rock ‘n’ roll while creating Halestorm’s new album Back from the dead.

Hale formed Halestorm with her younger brother, drummer Arejay Hale, when she was just 13, so she has been a proud member of the rock and metal community all her life. Halestorm is known for her busy touring schedules, so without being able to hit the road or even just be in the studio with her bandmates during the global lockdown, the singer confessed she was suffering from an “identity crisis” and even started to wonder if she wanted to continue making music.

Accordingly, Hale described Back from the dead as sounding more “angsty” than some of her predecessors, mostly because she and her bandmates went all out while working in the studio, as if this was going to be their last time making a record together. Plus, she acknowledged there was a “silver lining” to the whole experience – she rediscovered her passion for rock ‘n’ roll, for songwriting, for touring and all that comes. with being in a group.

But that doesn’t mean the revelation was easy for her.

Halestorm, “Return from the Dead”

“There was a long period where I didn’t pick up the guitar, I wasn’t sitting down to write songs and I just had this, almost a moment of fear like, Will I still like it? Can I go get this, can I sit at the piano and go through this? I had to impose myself on it,” remembers the singer.

“I ended up collecting things that I’m passionate about, maybe things that I missed and that weren’t there anymore. , Well, if I come out of it and I really don’t feel that way and it’s just not there anymore, then I have to re-evaluate my whole life.”

Luckily, Hale was able to form a solid foundation for a few songs and was reminded why she loves rock so much, which she says was a hugely emotional reunion. Now, we’re days away from hearing what she and the rest of Halestorm brought to the table this time around, and the singer considered it her most cohesive album since. The strange case of… came out in 2012.

Back from the dead will be released on Friday, May 6. Watch our full interview with Hale below, pre-order your copy of file here and check Halestorm 2022 Tour Dates to see if they play in a city near you.

Lzzy Hale had to rediscover her love for rock