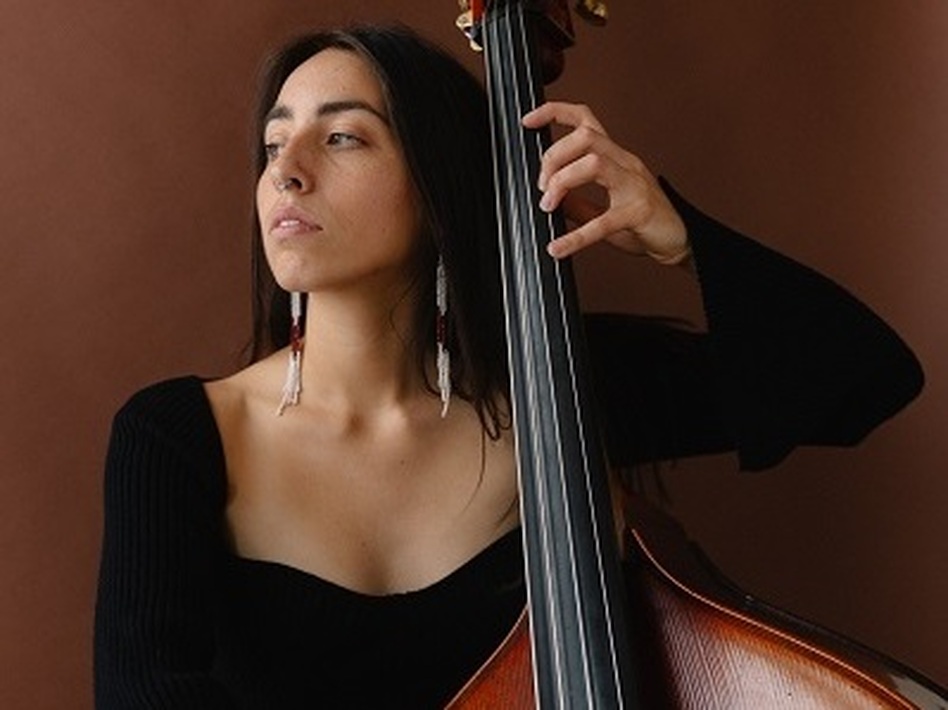 When Mali Obomsawin graduated from Dartmouth College in 2018, she quickly found success as a third in the famous folk rock band Lula Wiles. But Mali became frustrated with the limits of that success. She says fans of the American folk scene expected a white folk aesthetic. Mali is a citizen of the Odanak First Nation in Quebec, and she didn’t fit that box, so she left. She has just released her first album as a solo artist, “Sweet Tooth”. It represents another type of folk music. Wabanaki hand drums and jazz arrangements replace banjo twang. Mali calls it the first authentic statement of her creative journey. Josh Crane of member station Vermont Public has the story.

JOSH CRANE, BYLINE: The first two tracks on “Sweet Tooth” focus on the past. They are called “Odana” and “Line”.

MALI OBOMSAWIN: “Odana”, the formation of our nation and our satellite village, Missisquoi.

(SOUND EXTRACTION OF THE SONG, “ODANA”)

OBOMSAWIN: (Singing in a language other than English).

“Lineage” goes back even further, doesn’t it? And that’s the story of – the timeless story of the Abenaki, you know, conceptually, right? This composition has no lyrics, but that’s what happens in the first movement.

OBOMSAWIN: The second movement is about spirituality, which transcends all time, of course. But the first song is a – you know, the Catholic religious hymn translated into Abenaki by a priest, maybe as early as the 1690s, as a means of colonizing us and Christianizing us, right?

(SOUNDTRACK FROM THE SONG, “WAWASINT8DA”)

OBOMSAWIN: (Singing in a language other than English).

And then the counterpart of that is “Pedegwajois”, which is the ancient spiritual story.

CRANE: That’s my favorite part of the album. You may need to help me with the pronunciation, but on the fourth track, “Pedagogo” (ph).

CRANE: Okay. On this track, it opens with a voice that is not yours.

CRANE: Who is it?

OBOMSAWIN: Yes, his name is Théophile Panadis from the Panadis family. It tells the story of our spiritual journeys to what is called Lake Champlain in this recording.

CRANE: Mali found this recording in the archives of Dartmouth College. It was made in the mid-1900s by an ethnologist named Gordon Day. The person he recorded, Théophile Panadis, was a traditional teacher from the Odanak First Nation.

How did you decide to include that so prominently in the first two minutes or so of this track?

OBOMSAWIN: Having a true native speaker on the album was really important. You know, I tried my best, didn’t I? And I think the ancestors will be able to understand me, you know. Maybe it’s a little accented or something. But for him to have the space to tell so much of this story, it was important. And as an improviser as well, I just think our language is so melodic and rhythmic, and it was really fascinating for me to try to improvise on that and be in conversation with that on my instrument.

CRANE: For almost two minutes at the opening of this piece, one of Mali’s predecessors in the Odanak First Nation tells his story while Mali accompanies him on bass. It’s like a reunion between generations.

CRANE: And then one of the backing musicians from Mali comes in with a guitar.

CRANE: Shortly after, others arrive on the horns.

OBOMSAWIN: There’s this idea that indigenous peoples will never leave the 16th, 17th or 18th century, right? They see us in ceremonial dress. They see us living in wigwams or tepees, which is incorrect, you know, isn’t it? And there’s this idea that, well, we can’t adapt or, you know, it’s like a denial of modernity to Indigenous people. And that’s what I really wanted to show with this album. You know, we say things now. We have – we are telling powerful stories now, and you would benefit from engaging with them now.

CRANE: And then there’s the third and final movement on “Sweet Tooth”. If the first movement speaks of the past and the second movement of spirituality…

CRANE: The titles of the last two tracks are “Fractions” and “Blood Quantum,” both of which speak to the legacy of efforts to divide and even obliterate Indigenous nations. Quantum blood laws were created by the US government to measure the amount of “quote”, “Indian blood” someone has. For a long time in Canada, aboriginal women lost their aboriginal status if they married white men. It’s a story that feels uncomfortably close and personal for Mali as a young Indigenous man navigating dating and relationships.

OBOMSAWIN: So I’ve been thinking a lot about that, you know, and the kind of stress that comes with native love and how angry that makes me, you know. And at the time, you know, it really weighed on me. So I wanted to release an album that is not necessarily in words but in spirit and that approaches these concepts in an instrumental way.

OBOMSAWIN: “Neweweceskawikapawihtawa” (ph) which means – I wasn’t going to make you say that – which means…

OBOMSAWIN: …I stand facing him or stand ready to fight him.

CRANE: Who are you ready to fight?

OBOMSAWIN: Yes, we have.

UNIDENTIFIED SINGERS: (Singing in a language other than English).

FLORIDO: This story comes to us from Brave Little State, a podcast from Vermont Public. Transcript provided by NPR, Copyright NPR.

See this story on npr.org


CapRadio provides a reliable source of news thanks to you. As a nonprofit, donations from people like you support journalism that helps us uncover stories that matter to our audiences. If you believe in what we do and support our mission, please donate today.