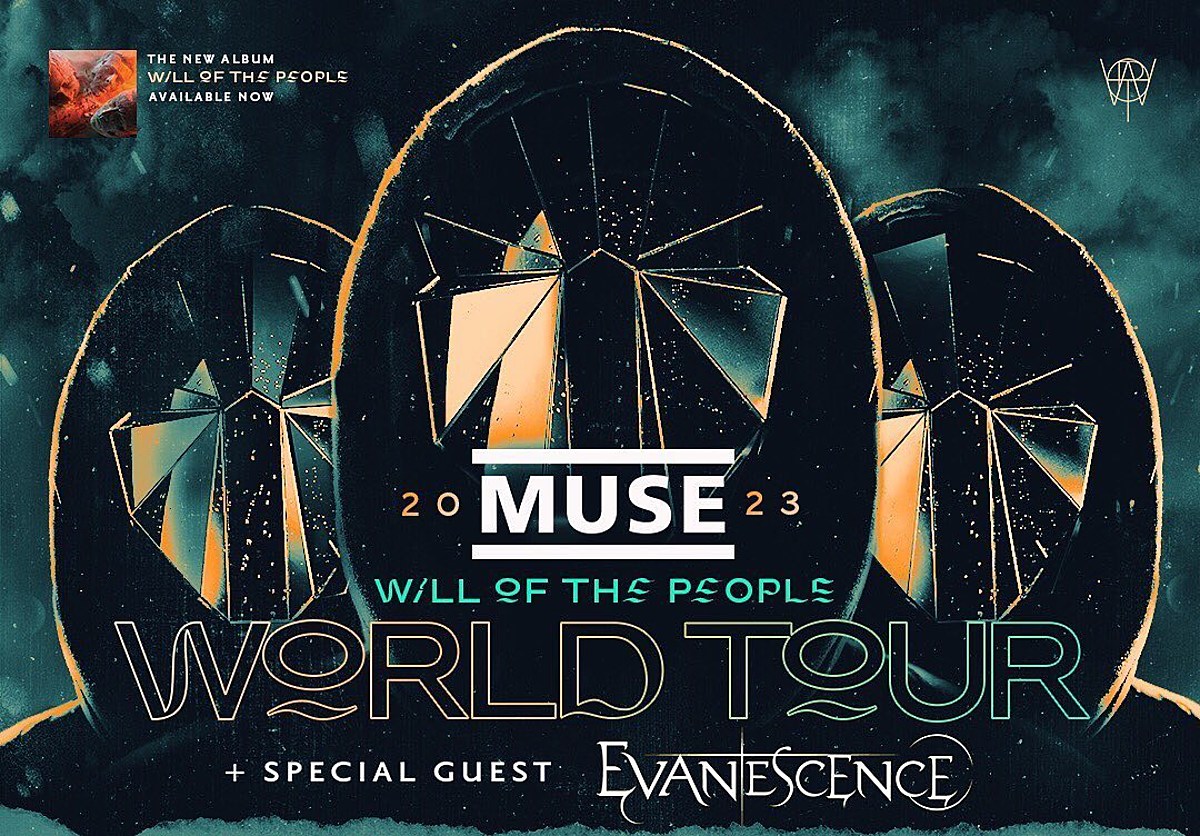 Muse announced the 2023 North American dates for their will of the people tour, hitting Chicago, Minneapolis, Austin, Columbus, Toronto, Montreal, NYC, Philly, Denver, LA, Vegas, Portland, Seattle and more in winter and spring 2023. Evanescence are in the game and the dates are listed below.

Muse released their ninth album, will of the people, in August, and play a few select North American plays in October, including New York’s Beacon Theater on 10/16. Stream the album below.