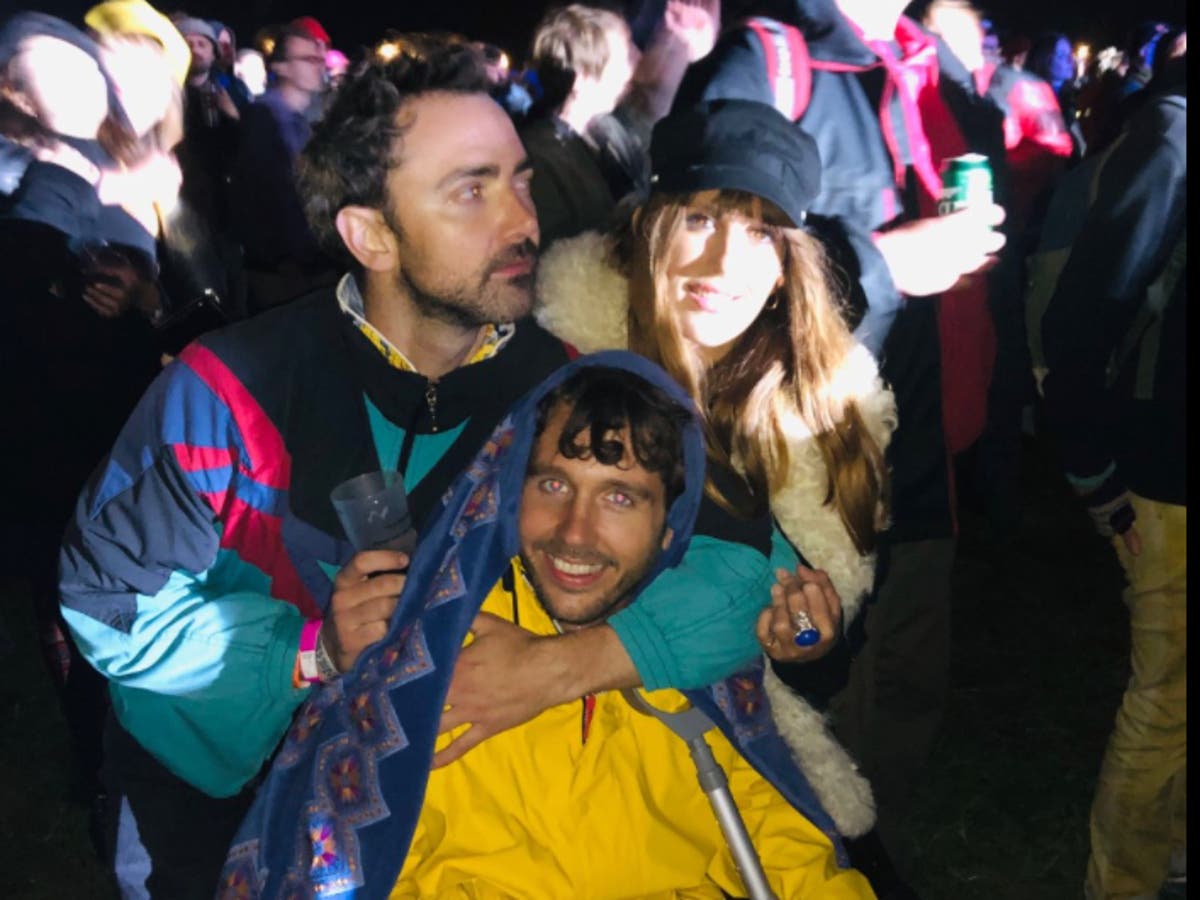 For years, I believed there was no down so low that a festival couldn’t help me fix. Since my first one – Roskilde in 2007 – they have always been a kind of analgesic balm, three or four days of joy and catharsis. The time I was dumped? My friends dragged me to Glastonbury, and the defibrillator shock of the Yeah Yeah Yeahs restarted my heart. This spring soaked in sorrow? Bon Iver’s falsetto soothed my soul in a sun-drenched Primavera. When I was filled with self-loathing? Fleetwood Mac convinced me to “Go Your Own Way” on the Isle of Wight.

September 2019 was different. Four months ago, I had been involved in a moped accident in Thailand (I know). It was carnage: broken leg, torn ligaments, damaged peroneal nerve so categorically, I lost all feeling and movement under my right knee. Then came depression, a miasma seeping into every nook and cranny of my mind. There were tears. Explosions. Feelings of devastation. I would never run again, I was told. The worst was PTSD. The flashbacks. The nights spent agonizing over what had happened; which I could have done differently. Mom and my girlfriend took turns washing me with a sponge. We laughed; inside I was a wreck, helpless.

All this to say that End of the Road 2019 really had its work cut out for it. Falling on the first weekend of September, this Wiltshire camp traditionally marks the end of festival season – summer swansong, teeming with eccentrics and built on a mix of intimacy and verdant bacchanalia. I had been there a few times before, as a music critic, but this time it was a little harder to get around: with crutches on the first day; in a wheelchair on the second floor. At one point, my girlfriend, mesmerized by the vegan burger she was holding, let go of me, and I walked down the hill, chasing her (but still hugging that vegan burger). At another, planted in front of Michael Kiwanuka’s headplate, I could barely see the scene as figures swayed languidly in front of me. But all around me were my pals, their eyes gleaming against the night sky, enthusiastically cradling me (and tearing my ear off) to the psychedelic sounds of “Cold Little Heart”. At times like these, I remember the sheer restorative power of festivals. Music! Friends! Love!

If I went to sorry End of the Road that year, I came out clinging to little tendrils of hope. And hope had been the lesson I learned from my very first festival. In fact, it’s a miracle that I returned there after Roskilde in 2007. I arrived for a sunny weekend in Denmark to watch BjÃ¶rk, The Who and Arcade Fire. Alas, it was the rainiest year in the history of the festival: I had brought Converse when I should have brought rubber boots; a leather jacket when I should have brought a sou’wester; and a flimsy pop-up tent when what conditions really demanded was an archway.

The scenes were apocalyptic. The teenagers were crying. Tents have been lost in mudslides. Lakes have formed in the camping areas. To watch an act, you had to skillfully play hopscotch in the chocolate mud. Imagine the SAS selection, except more blonde college students jumped on gallons of bad red wine. Five thousand people left on the first day. I checked into a hostel on the third day. If it all sounds slightly traumatic, it really wasn’t at the end of the day, as we invoked the kind of hardy bonhomie usually favored in the harshest of conditions. By the time the sun broke on Sunday and we went to Basement Jaxx, I understood what festivals were. I went to four the following year.

Since then, music journalism has taken me everywhere – from Portmeirion to Bilbao, from Oslo to Helsinki. Friendships were formed in front of Radiohead, Pixies and Lana Del Rey. Of course, the past 16 months have robbed us of these magical weekends. During this time, I continued to struggle with depression. Sometimes it’s bad, other times more manageable. But he’s still there, crouching. I still wear a splint but there is now movement in my foot, albeit minimal. Add to that the prospect of another End of the Road this year and I (almost) feel a spring in my approach. What I wouldn’t give right now for being in a muddy field, holding a hot beer and surrounded by the people I love, singing along to â€œShake it Offâ€ by Taylor Swift. Nature heals, just like live music.