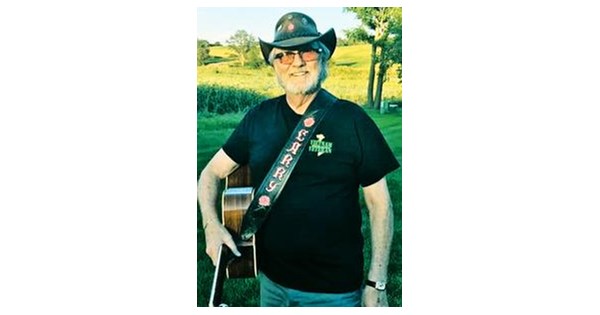 Larry George Downey passed away suddenly on December 20, 2021 in Omaha at the age of 76. He was born in Raisin City, California on December 26, 1944. Larry grew up in California and graduated from Ukiah High School in 1963. He joined the United States Marine. Corps and served in Vietnam 1964-1968. Larry toured through Vietnam singing with his band, The Deacons, while entertaining the troops. In 1971 Larry was hired in Omaha to perform in an Italian venue, worshiped and made Omaha his home. He enjoyed his career as an artist and musician, solo or with a group. Throughout his career he has performed throughout Omaha, wrote songs, inspired others with song, and encouraged the next generation of musicians. Larry also worked in sales and was a school bus driver. In his spare time, Larry enjoyed reading, playing with his dogs, and watching Nebraska football. Larry will be remembered for his love for family, loyalty to friends, creativity and passion for music.

A VISITOR SERVICE to CELEBRATE Larry’s life will be held on his birthday, Sunday, December 26, 2 pm to 4 pm, with PRAYER SERVICE at 4 pm at Roeder Mortuary, 2727 N. 108th St. Omaha; with the FUNERAL PROCESSION on Monday, December 27. The queue for the procession at Roeder Mortuary begins at 11:45 a.m., departing promptly at 12:00 p.m. and will proceed to Omaha National Cemetery, where MILITARY SERVICE begins at 1:00 p.m.