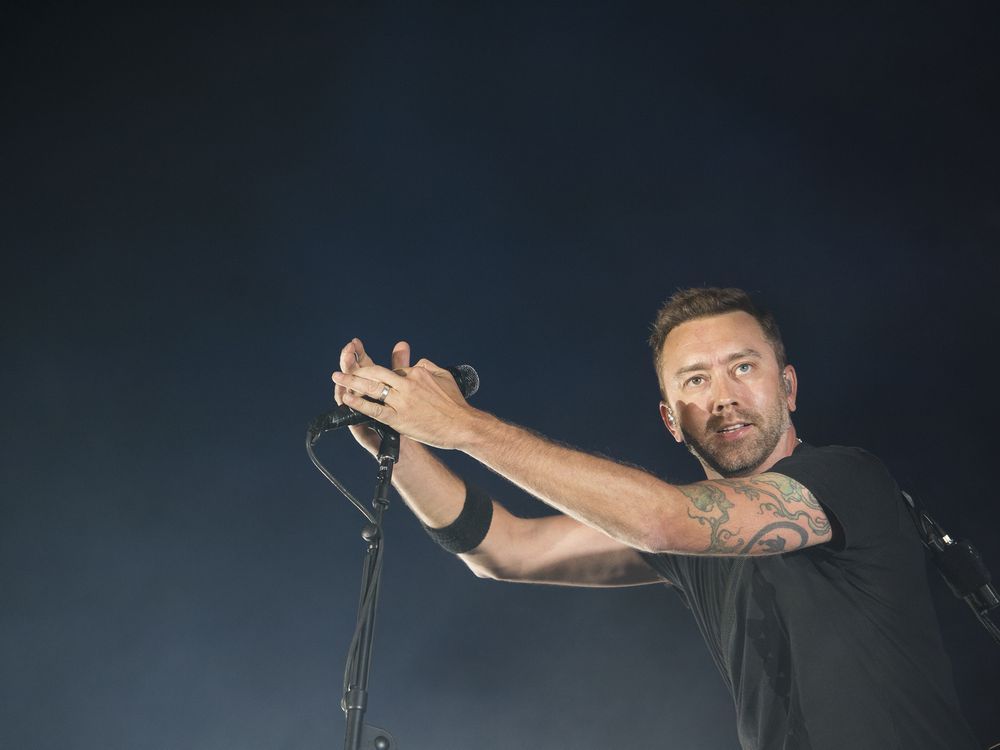 Reviews and recommendations are unbiased and products are independently selected. Postmedia may earn an affiliate commission on purchases made through links on this page.

It would be wrong to say that rise up against Bassist Joe Principe prepared for an interview with the Edmonton Journal wearing his SNFU t-shirt, but it’s still a coincidence.

“They’re one of my favorite bands,” he says of the legendary Edmonton-born punk unit. “My old band, 88 Fingers Louie, did a Snow Jam with them and we became really good friends. They are such nice guys and an amazing group. To this day, I still talk to their guitarist Marc Belke via Instagram. I was actually just in a supergroup with Marc and Brent Belke, covering a song from The Damned.

Mikey and his Uke present: The damned – Love song

We apologize, but this video failed to load.

Principe, who will be in town Sunday with bandmates Tim McIlrath (vocals, guitar), Zach Blair (lead guitar) and Brandon Barnes (drums), has had time to participate in extracurricular activities outside of the band, but that doesn’t mean not say that he has been completely inactive. The band not only released their ninth album, Nowhere Generation, amid the pandemic, they successfully toured it last fall without anyone in the band or crew catching the dreaded bug. They also managed to capture some of the post-millennium dread that permeated the past two years in songs like Talking to Ourselves and the album’s title track.

We apologize, but this video failed to load.

“Tim, our lead singer, writes all the lyrics, and it’s almost like he’s prophetic because they were all written way before the pandemic hit,” Tenet says. “Probably about eight months before it hit. The Generation Nowhere song in particular recognizes the struggles the younger generation face growing up, getting through college, finding jobs and affordable housing to live in during these darker times. “It’s to help. It’s kind of one of the goals of the band, to make people’s lives better, isn’t it?”

Generation Nowhere was again helmed by the production team of Jason Livermore and Bill Stevenson. This is the sixth time that Descendents, Black Flag and All drummer Stevenson has teamed up with Rise Against. He is so much a part of the band’s sound at this point that Tenet considers him a member of the family.

Speaking of family, Principe, 47, has seen more of his own in the past two years than he expected.

“I’ve been playing fast punk rock all my life and didn’t realize how weird a job it is until the pandemic hit.”

“I’ve been playing fast punk rock all my life and didn’t realize how weird a job it was until the pandemic hit,” he says with a wry chuckle. “I was at home hanging out with the parents in my neighborhood because my kids and their kids were playing together. That’s when I saw how different my life was from someone else’s. ‘one who did the normal 9 to 5 white collar or blue collar job. Even my wife said, ‘Now that you’re off the road, you see, don’t you get me wrong no, I love you, but you kind of live in the multiverse. She’s right. I have to be on my best behavior for school functions.

Rise Against heads into the mysterious and unknown world of aging as they continue to rock. Tenet is well aware of the strange contradictions that come with this, but he’s also okay with the trip. Highlighting touring support and California skate-punk legends Pennywise, he notes that both bands still have the spark that made them play as love children of their bands Minor Threat and Dead Kennedys.

“It’s sustainable because we’re always sincere about what we do,” he says. “I admit it’s something I hadn’t given too much thought to until the pandemic, but then I started checking everything out and really, it’s just a part of me. It’s a part of the band. I think as we evolve as musicians and as songwriters, the fire will always be there. I mean, you have a midlife crisis and you wonder what the ninth or tenth Rise Against album, but you can’t think of it that way. Just write from the heart, and that’s what we always try to do.

Rise Against with Pennywise and Rotting Out

Sign up to receive daily news from the Edmonton Journal, a division of Postmedia Network Inc.

Thank you for your registration!

A welcome email is on the way. If you don’t see it, please check your spam folder.

The next issue of Edmonton Journal Headline News will soon be in your inbox.

We encountered a problem during your registration. Try Again