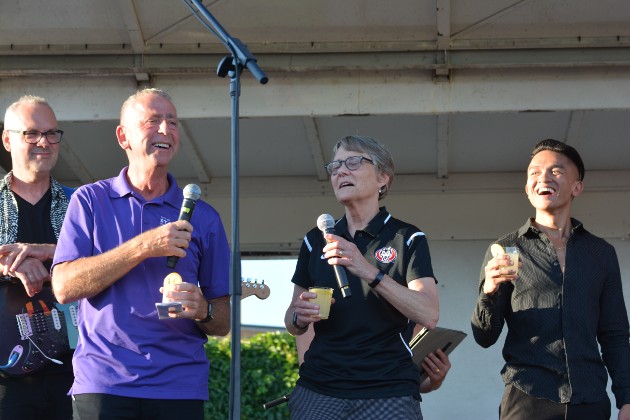 (KNSI) – Healthcare workers in the St. Cloud area were honored and a new award was presented at the opening ceremony of the Granite City Days.

This year, the summer festival has chosen to make music its theme. The ceremony began with a performance by the St. Cloud Symphony and a special performance by James Calacsan, President of Granite City Days.

Mayor Dave Kleis then presented the 2021 Rock-On Award to a band he says is in debt to all of us.

“We normally give out two or three of these awards each year. But this year I can’t think of any other greater recipient than a large group of people, but one award. And that’s at CentraCare St. Cloud Hospital and all the healthcare workers, they’ve stepped up, the people that’s been there. It’s hard work, to begin with, but they escalated during a pandemic. And we owe them such a debt of gratitude as a community. “

Normally the Rock-On Award is a small piece of granite given in the name of St. Cloud.

But Mayor Kleis has announced other plans in honor of the thousands of healthcare workers who have been on the front lines during the pandemic.

“This is such an important prize for such a large group of people. We are actually going to put that award in a granite monument in one of our 96 parks probably in Lake George, where we will recognize this year, we will not only put the monument in the Rock-On award, but we are going to we are going to bury a time capsule that depicts everything that has happened over the past year and a half.

His grandson Bennet agreed on his behalf.

Mayor Kleis also presented a $ 500 prize to the winner of the St. Cloud Songwriting Contest. The money went to former City Clerk of St. Cloud and now songwriter Greg Engel. 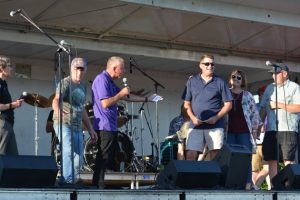 The evening ended with a concert by St. Cloud area band The Fabulous Armadillos.

The festival continues Friday night with the Liberty Block Party and the headliner “The Guess Who”. Saturday is the Granite City Days parade.

Events are scheduled until Sunday. Discover all the events by clicking here.

Copyright 2021 Leighton Enterprises, Inc. All rights reserved. This material may not be broadcast, published, redistributed or rewritten in any way without consent.