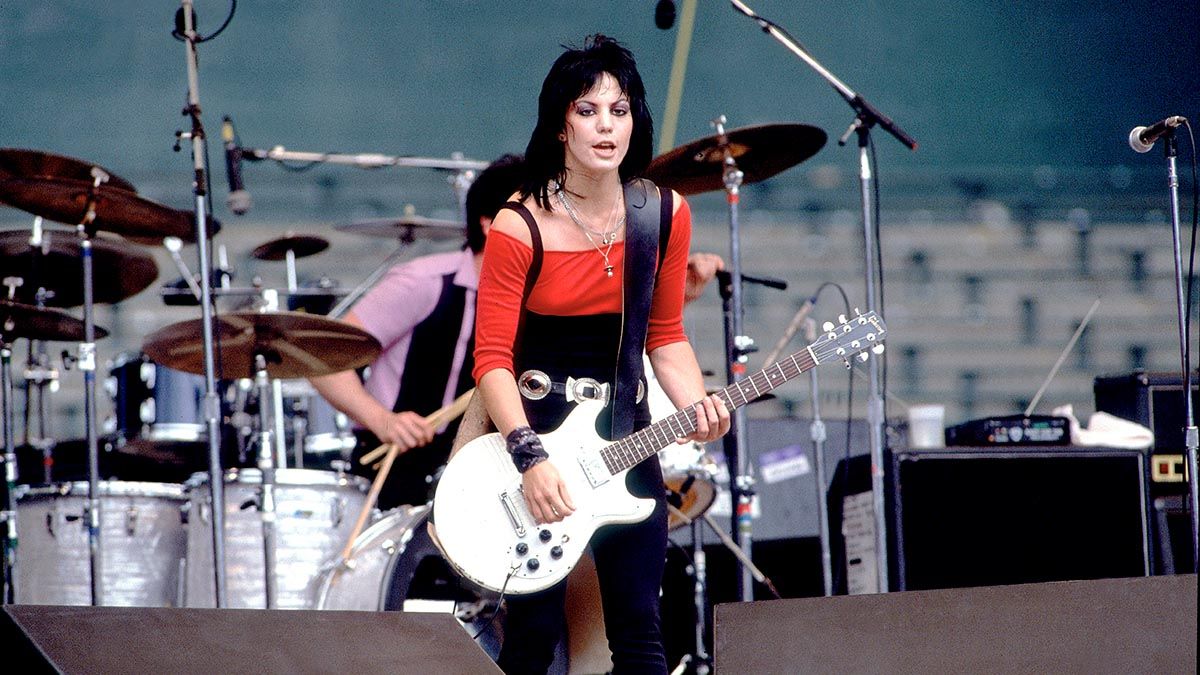 When Joan Jett released I love rock n roll In the early 1980s, she instantly transformed from an underground punk / hard rock misfit best known for her role as a former Runaways rhythm guitarist into an international superstar and female rock legend.

The single was a huge hit, reaching No. 1 on the Billboard Hot 100 chart in March 1982 and staying at No. 1 for seven weeks. Surprisingly, it wasn’t the first time the song had been released. The original version of The Arrows was released as a single in the UK in 1975, and Jett recorded a different previous version in 1979, which appeared as the B-side of his first solo single, You don’t belong to me.

With the Runaways, Jett played Gibson Les Paul and Melody Maker guitars plugged into a Marshall stack, but after that she traded in the Marshall for a Music Man 212-HD 130 combo (Leo Fender’s post-Fender response to his legendary Twin Reverb). Jett loved the sound of Jones’ Les Paul / Fender Twin rig, and the Music Man delivered Twin-like products and more.

Featuring a quartet of 6CA7 power amp tubes (the American equivalent of the EL34s), a solid-state preamp and a pair of high-output Electro-Voice EVM 12L loudspeakers, the amp Jett’s Music Man provided a wonderfully resounding crunch, with the power tubes being pushed all the way through while the crisp headroom from the EV speakers kept the overall tone tight, punchy, and dynamic.

Engineer Glen Kolotkin captured the mighty roar of the Music Man using an Electro-Voice RE20 microphone pointed at the edge of the speaker and placed a few inches from the grille.

Another secret weapon that added to the punch was the Red Rhodes Velvet Hammer 54 humbucker bridge pickup installed in Jett’s Gibson Melody Maker circa 1965-66.

Wired in series, a Velvet Hammer humbucker typically delivers 21-22k ohms of DC resistance that can hit the front end of an amp like a Ronda Rousey uppercut. With just a guitar, an amp, and a few well-timed power chords, Jett created a vicious sound that redefined rock and roll and is still loved today.

Get the sound, cheap!

Tip your tone: Crunch is key, so crank up the main volume but add only a moderate amount of gain. The DiMarzio X2N isn’t quite as hot as Jett’s Velvet Hammer pickups, but its ceramic magnet provides a high cut and punch in the proper mids.