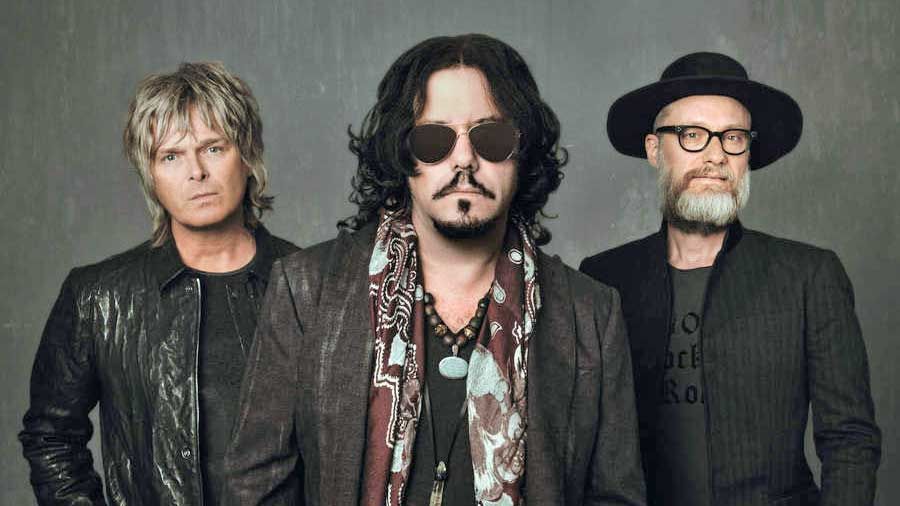 Having wandered off a bit in the late 90s experimenting with their sound and style, new album rising blood moon sees a return to the flavorful mix of their first two albums. We chatted with guitarist/vocalist Jeff Martin over a cup of tea.

Thirty years have passed since your first album. What are the main differences in approach between yesterday and today?

I think over time we have refined ourselves. Edges of Twilight, our second record, was when we put out all the bells and whistles – that’s going to be our statement: a Moroccan music band. As we progressed, it became that you don’t have to make things so obvious; there may be nuances.

Would you agree that the new album mostly sounds like a throwback to The Tea Party from the first two albums?

I want. A few recordings after On the Edge of Twilight – Transmission, Triptych – with me as a producer, I kind of got away from me as a guitarist. I f [Burrows, drums/percussion] and Stuart [Chatwood, bass/keyboards] encouraged me to play electric guitar again and write riffs.

What song are you particularly happy with?

Black River is a. I believe the guitar riff is one of the best guitar riffs in rock ‘n’ roll. I’m really proud of the guitar work on that.

The cover of Led Zep On the tiles was always going to be a good fit, but those of Joy Division Isolation and Morrisey Every day is like Sunday might surprise many Tea Party fans.

When I was a teenager, when it came to lyrics, for me it was [Joy Division’s] Ian Curtis. There is such a beautiful darkness in what he would do. The Morrissey thing, Burrows and I went through this whole new wave in high school, so it was just something from our distant past. And it worked.

What’s the key to mixing “exotic” musical elements with rock and making it work?

I studied the theory, and when I hear music from, say, the Middle East, I understand what I’m listening to. It’s a different language, and you have to understand the language to be able to do that.

You broke up in 2005. Did the music you got involved in after the split fuel the band with new ideas when you finally got together in 2011?

I think so. Until the split, everything was on my shoulders – producer, engineer, lead songwriter. When we took that time off, Stuart started composing for video games, things like that. Jeff had his own bands, and he was the leader. When we got back together, I had a better support team than I had.

You now have a large catalog of songs. What are the essentials when playing live?

songs like Sister Awake, The Bazaar, Temptation. If we didn’t do those three songs, there would be a riot. But it’s carte blanche for the rest. For Tea Party fans, we could do anything as long as it came with integrity.