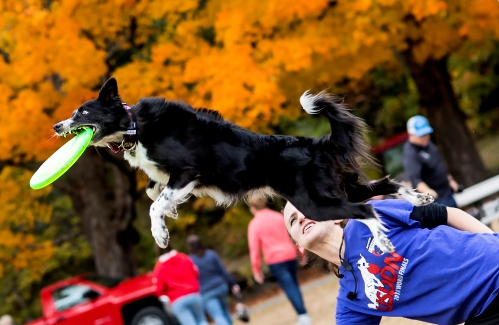 After a two-year hiatus, the Warner Fall Foliage Festival is set to return this weekend.

The 75th annual event will have all the usual details of festivals past – a parade with floats themed around “Fantastic Tales of All Time”, rides, an ice cream eating contest, a 5K, a craft and farmer’s market, and a range of New Hampshire-based bands atop the Jim Mitchell Community Park scene.

“It’s kind of like a sigh of relief. The last two years seem like a strange dream. We tried to do a virtual festival in 2020, but it’s not the same,” said Ben Dobrowski, a WFFF board member who is handling the musical numbers this weekend. “It’s really the town, Main Street, the various vendors, the shops and the atmosphere of the festival that makes it so great. It’s really nice to be able to see them back together.

Ray Martin, chairman of the Warner Fall Foliage Festival, said the goal this year was simply to get it going again. Despite the two-year gap, he thinks it’s recovering well. “Everyone from artisans to musicians, they’ve also been out of work for a year and a half, and they’ve come back strong,” Martin said.

A silver lining at the break: The weather has helped improve things like the Jim Mitchell Community Park scene.

“We were able to take this time and implement some of these new strategies on how we run the scene. We’ve added some new gear and some things that will make it a lot smoother and sound better,” said Dobrowski, who is also a MainStreet Warner, Inc. board member and manages its summer concert series.

His band, the DoBros, opens the event with original country, bluegrass and rock and roll songs and covers. “We had time to work on new songs. We’ve been writing through COVID times, and being able to perform them and have everyone listening to them is really awesome,” Dobrowski said.

Many musicians performing this week, like Dobrowski, have ties to Warner himself. Mike Stockbridge, who performs on Saturday afternoons, actually lives right next to the amphitheater and can often hear concerts from his house. He moved to Warner five years ago with his wife because they wanted to raise their son somewhere surrounded by nature, a rural town where everyone knows each other.

“When we were looking to move, we found an ad on Craigslist for a small house connected to a larger house. We said, let’s see if this is a good place for us. I had no idea it was was right next to the stage – plus I didn’t know the town had such a rich musical tradition,” Stockbridge said. “We didn’t know the community and the festival very well. something to look forward to.”

For people who grew up in the city, the Warner Fall Foliage Festival is like a reunion, and volunteering with the festival is exactly what you do. Martin said he’s been involved since he arrived here. “You get here, someone knocks on your door to volunteer for something, and you get hooked,” Martin said.

The pandemic has made recruiting volunteers a little more difficult, says Beth Lukaitis, the festival’s volunteer coordinator. People want to help but also don’t want to put themselves in the position of contracting COVID. Last year’s event was canceled a few weeks prior due to the rise of the Delta variant.

“This year will be interesting. We haven’t had a physical festival for two years. Will we have tons of people, or will they have other things to do this weekend? We have no idea,” Lukaitis said.

Each year, Lukaitis said there are between 150 and 190 volunteers to manage. Some are die-hard regulars, others are high school kids who put in their hours to volunteer. All proceeds from the event are distributed to the City of Warner and various organizations within it.

Lukaitis will be at the festival all weekend, from Friday morning to Monday afternoon, mainly at the volunteer stand. She says it’s worth seeing the community come together. “When we first put out the call for volunteers, there are a few people I know who will sign up within 24 hours,” she said.

This is also what Dobrowski likes about the festival; it has that classic New Hampshire Main Street feel and air of camaraderie.

“It’s based on volunteering and helping your community,” Dobrowski said. “Obviously I want people to come to our musical shows and buy stuff from the farm stalls, but overall that’s the essence of the festival, is to help these community projects. “