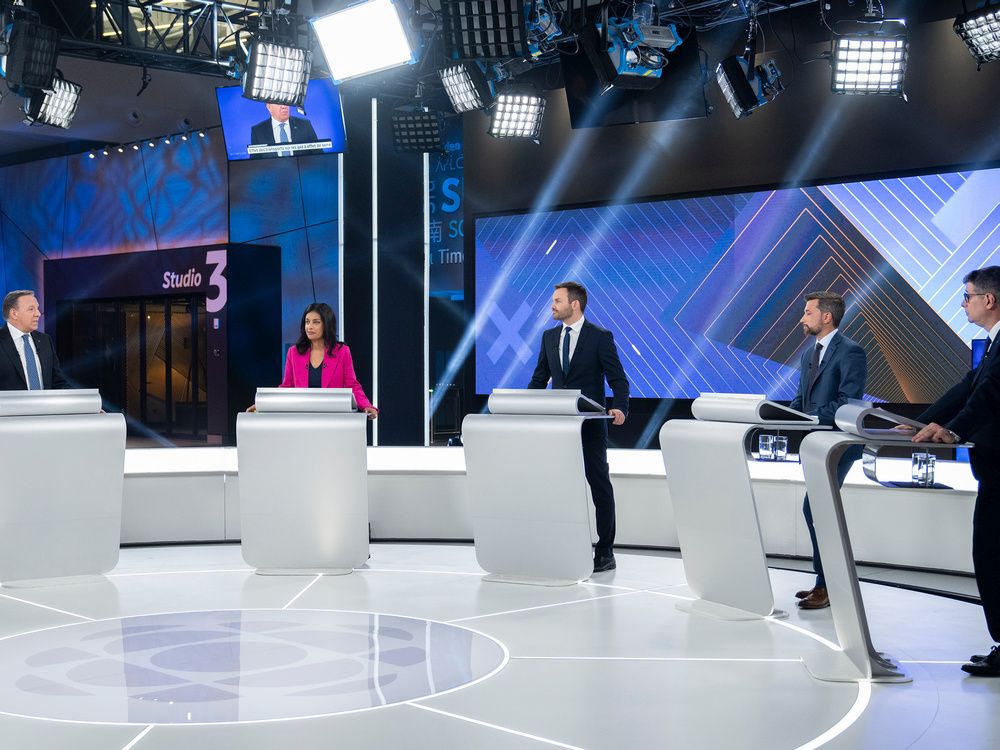 Well, it’s been a whirlwind campaign and despite the ups and downs, François Legault and his Coalition Avenir Québec look set to form a new majority government after next Monday’s election.

Legault got a majority last time out thanks to our unfair first-past-the-post system that he solemnly promised to change.

Sign up to receive daily news from the Montreal Gazette, a division of Postmedia Network Inc.

Thank you for your registration!

A welcome email is on its way. If you don’t see it, please check your spam folder.

The next issue of Montreal Gazette Headline News will soon be in your inbox.

We encountered a problem during your registration. Try Again

With only 37.4% of the vote last time, he obtained 100% power for four years. It will be the same this time again because just like Justin Trudeau, who also swore to change our electoral system, Legault quickly discovered its charms. Legault recently dismissed changes he had championed just four years earlier as something only of interest to “intellectuals”, clearly excluding himself.

Legault has been uninteresting, irritable and grumpy (with the odd exception of a plastered smile during his appearance on Tout le monde en parle). His biases were fully exposed with dirty tricks equating immigrants with violence and extremism. His default language stance remains firmly anti-English and he stirred the pot on the native file (he had to apologize for that one).

Dominique Anglade produced a superb second half of the campaign, perhaps a good enough performance to make up for the errors of his liberal party in the first half.

The second debate was his moment of glory. Quebecers have discovered it. On Everybody’s Talking About It, she showed strength and determination, digging in when pushed hard in her opposition to Bill 96.

There is something deeply unfair in the fact that Anglade continues to be lambasted by some members of the Anglophone community for not opposing Bill 96 enough and, at the same time, being attacked in the media. Francophones for opposing it! She rose above and was admirable and consistent.

The two young separatist leaders, Paul Saint-Pierre Plamondon and Gabriel Nadeau-Dubois, have both been solid throughout the campaign, the biggest surprise being the superb performance of the PSPP.

GND is a born artist. Intelligent, charismatic and good at communication, he did very well in front of the cameras and in debates. His Québec solidaire party is the only one whose spending forecasts hold up.

He had to give up on several key policy options he once championed, such as disarming the police. He tries to draw an obscure distinction between QS’s official policy of disarming the police and his campaign platform. Beep-beep-beep was his campaign music as he walked away from inheritance taxes on the “ultra rich” that would have made it nearly impossible for farmers to leave their operations to their children. The bureaucracy that would be required to implement many of his promises would negate any possible tax gain, but as one QS loyalist told me: “They know they’ll never form a government, so why worry? »

This same reasoning is supposed to apply to the outlandish QS regime which plans to spend more than $500 million to prepare for Quebec sovereignty. GND has never been able to explain how years of turmoil in society and the economy could benefit the average working-class family it claims to want to help.

Monday at the end of the day, QS presented an unexpected electoral gift to the Parti Québécois. The PSPP was in a very difficult struggle in the riding of Camille-Laurin. On Monday, the QS candidate was caught stealing a PQ leaflet and withdrew. This could give the PSPP just enough of a vote to secure a victory in its constituency.

Éric Duhaime pulled off an incredible political feat by resuscitating the defunct Conservative Party. He looks set to win at least his own riding in Quebec and maybe one or two others in the region. Politics will never be boring if and when he enters the National Assembly.

Tom Mulcair, former leader of the federal NDP, was Minister of the Environment in the Quebec Liberal government of Jean Charest.