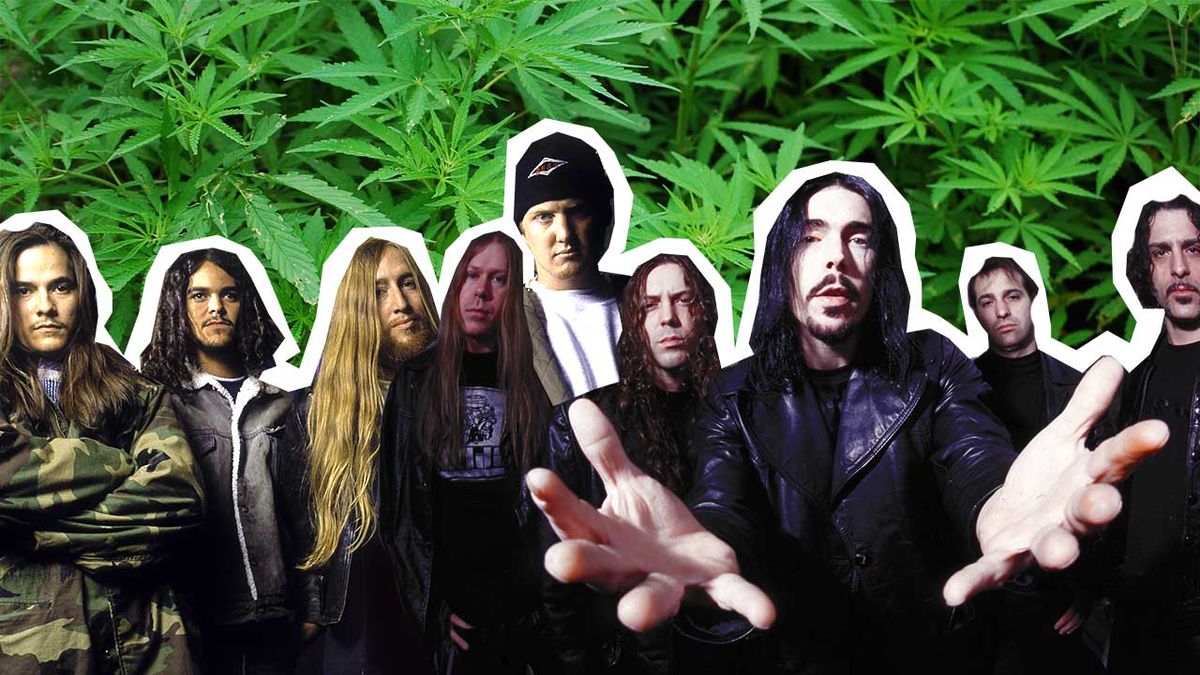 Ask any group that has been called a “stoner” over the past three decades exactly what that term means, and all you will get are empty phrases. Because if ever there was a meaningless gender term, then “stoner” must be this one. And even…

Well, we all understand what we mean by the term, right? Of course, as usual there can be a number of variations within the genre, but essentially ‘stoner’ defines bands that are heavily influenced by classic 1970s hard rock names – Black Sabbath, Blue Cheer. , Neil Young, Grand Funk – all conveyed through a love of the ‘smoky’ lifestyle of Cheech & Chong and an appreciation for space rock from Hawkwind. Do you have the idea?

“I guess it has something to do with everyone loving weed,” Monster Magnet principal Dave Wyndorf said when asked what “stoner” meant to him. “But musically there is so much variety. Are we the same as Kyuss? Are they like Fu Manchu? Probably not. I always thought someone in Holland coined the term anyway.

The deans of stoner rock are Masters Of Reality, Kyuss, Fu Manchu and Monster Magnet – the bands so many branches have developed over the past 15 years. These are the bands that rushed in with their deep grooves and riffs, swollen by a blood rush of progressive ideas.

However, it was Queens Of The Stone Age who pulled it all together into an ever more acceptable and commercially successful concoction, fine-tuning the songs to make them palatable to a larger audience than the stoner had previously appealed to.

What this movement – as it was – also encouraged musicians to test their limits and work with each other in a fluid situation. No matter what band you were supposed to be with, why not jam with others? This was the basis of Josh Homme’s QOTSA principle. Desert sessions series, which even convinced talents like PJ Harvey to get involved.

Today the stoner movement is more diverse than ever, but it has remained staunchly underground. The success of Monster Magnet and QOTSA on the charts has done little to persuade bands or majors to trust each other. And yet, its importance has never been greater. And let’s not forget: when most people decried the 1970s, stoner bands were actively defending its meaning. Reason enough to greet this vital genre.

So many of today’s stoner giants – Josh Homme, Nick Oliveri and Brant Bjork among them – started in Kyuss that it’s easy to see this Palm Desert band as, more than anything else, a vector of triumphs. subsequent. But Blues for the red sun is a work of genius, and on which much was to be based in the 1990s.

Distortion, nu metal, grunge… it’s all there, through songs like Green machine, molten universe and String Song. Without realizing it, Kyuss clearly defined a brave new world. And let’s not forget that Masters Of Reality lead actor Chris Goss played his part in Blues for the red sun, having produced this masterpiece.

For the most part, stoner rock is considered the most weed-friendly province on the West Coast of the United States. Monster Magnet from New Jersey had its own, more diesel-powered approach, and Powertrip was the first record to prove that stoner music could sell – by the millions.

Dave Wyndorf and co. didn’t tone down their overly jam-driven style so much as it allowed him to break free into definite songs. Crop Circle, Lord of Space and Goliath and the vampires are shining examples of how to create a sense of adventure. Some may prefer the band’s older and more experimental albums, but Powertrip is more comprehensive.

Who is the most important figure of the stoner genre? While some might claim it’s Josh Homme or Dave Wyndorf, most would agree that Chris Goss owns that title – lock, stock, and spliff.

The Masters Of Reality frontman has worked as a producer and songwriter with so many people in his music field, but arguably his biggest contribution has been this self-titled debut album from a band that has always been under- performing, but who established the entire ball in a timeless movement. John Brown, The Blue Garden and Domino are fundamental in what was to follow. The dark heart gave life.

So here’s the scene: Sleep is snapped up by London Records, and everyone holds their breath to see how this group of North Carolina ne’r-dowells adapt their Trouble and Sabbath influences to fit the demands of the majors. So what is the group doing? An ultra-monochrome 52-minute album that has just one track – arguably the biggest of all rock’n’roll scams.

The result was that the group, after exceeding its budget, was hastily abandoned; the album became a famous cause and was finally released over a year after its completion. The ultimate expression of artistic recklessness, and piss, Jerusalem this is where doom meets stoner.

After having had a lot of fun on the eponymous 1998 record, on Rated R Queens Of The Stone Age refined its most elusive and dense ideas and opted for an approach that, on the surface, seemed very graphics-friendly. However, anyone who thinks Queens has lost their advantage should go back and give it another chance.

Feel Good Hit of the summer is not only hilarious, but shows the hypocrisy of banning certain records because of “mean” words. The lyrics are just a list, mainly, of prohibited drugs. The whole tone of the record is absurdly irreverent, but QOTSA has been cunning enough to turn the system against itself.

Britain doesn’t have much of a stoner tradition. However, Orange Goblin are not only the best in the country, they are also truly world class. Although they are still a cult band, this album has proven that they can trade hits with any of their American or European cousins.

Joe Hoare’s blues-metal guitar explosions paved the way for a succession of outrageously inspired tracks, including a ZZ Top cover I just got paid. Their own songs – especially Black Egg and One piece, one ax, one result – were equally outrageous explosions across stained and harsh battlefields. Their time will surely come.

One of those groups who are still considered the main drivers of stoner music, Fu Manchu never really delivered a classical record. The latter, however, approached it. With guitarist Eddie Glass and drummer Ruben Romano bidding farewell, before leaving to start Nebula, the band actually had a decisive advantage over songs like Asphalt Risin and Seahag.

Fu Manchu regularly flattered only to deceive. Here they acquired a predilection for overindulgence and in doing so avoided the lack of focus that undermined what could be achieved. The group has never been so close to reaching its potential again.

The former Kyuss and Fu Manchu man has always been a compelling live artist, happy to use songs as the basis for outrageous jam sessions. But on record, he rarely reached the spitting distance to match the charisma he has on stage. Saved by magic, however, saw him adapt the purpose of his live; he didn’t try so much to imitate that in the studio as he did accept that different tools were needed.

The result was precision, with no loss of underlying spontaneity. Saved by magic still isn’t a patch seeing the band perform live, but at least it offered a hint of that power.

For a while, they were the California band everyone expected to follow Queens Of The Stone Age and Monster Magnet to the big leagues. This never happened for various reasons, not least because the trio seemed rather flawed. Apollo guitarist / singer Eddie Glass and drummer Ruben Romano are back on the plate.

Marking the debut of English bassist Tom Davies, it was by far the most cohesive recording of the group, and producer Daniel Rey managed to remedy the lackluster studio performances of previous albums. It may be too late for chart success – the band has been on hiatus since 2010 – but Apollo put Nebula back in the saddle.

With a line-up made up of members of Pantera, Corrosion of Conformity, Eyehategod, and Crowbar, Down didn’t even announce himself to the world but infiltrated existence, releasing a three-track demo without telling people who. were the musicians involved. .

An obvious labor of love, the first album that followed was swayed by his influences – Sabbath, St Vitus, Skynyrd, etc. – but somehow greater than the sum of its parts. An instant classic, highlights include tribute to sludgy weed Hi leaf, the swagger Wings of temptation, and the closest climax Bury me in the smoke.