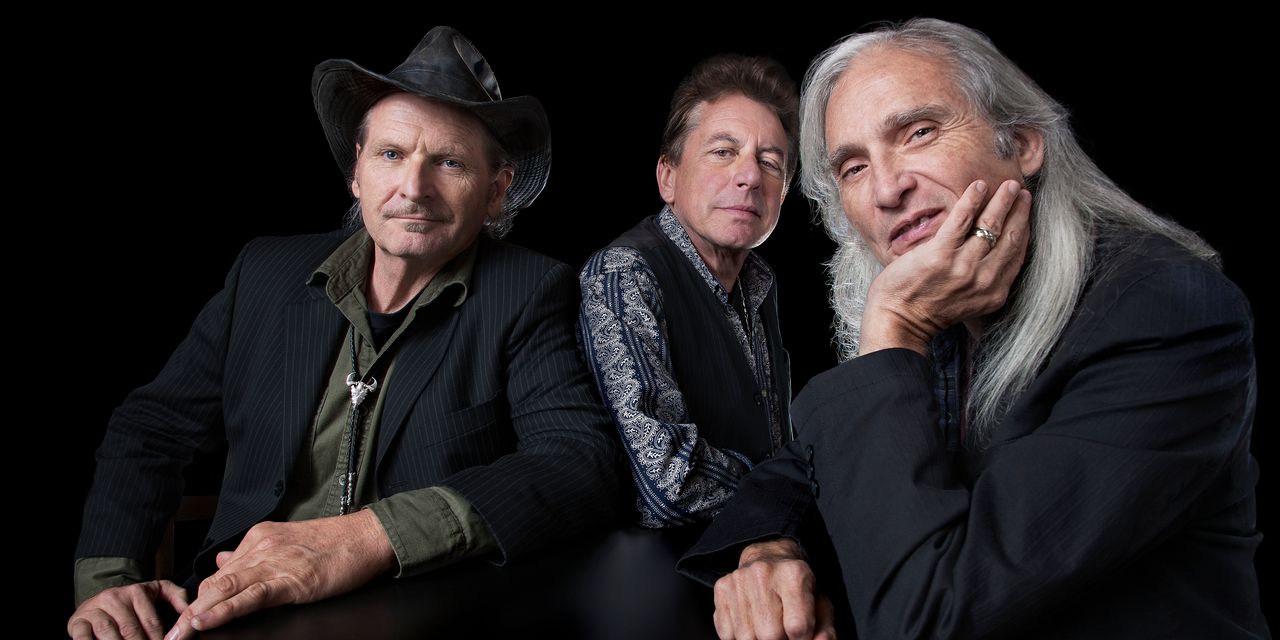 A long-standing source of amusement among Texas music lovers is the title chosen for a posthumous collection of country-tinged Buddy Holly recordings – “Holly in the Hills”. Anyone who knows even a little about the territory around their native Lubbock, where these recordings were made, a decade earlier, knows that there are no lush Appalachian-style hills in sight, with the area famously arid and flat. .

This expansive, invariable West Texas landscape is routinely assumed to produce distant and laconic musical solitaries, but in practice the territory has been home to a series of gregarious and verbally effusive outfits, from Holly’s time to our own. Two new albums from Lubbock-born groups – the truly iconic American veterans, the Flatlanders, and the relatively young but practiced Flatland Cavalry – exemplify this point while heralding geography.

The Flatlanders, singer-songwriters Joe Ely, Jimmie Dale Gilmore, and Butch Hancock, have all had remarkable and distinct individual careers since they first joined forces in 1972, and afterward they belatedly gained recognition. as a band in the 1990s. Mr. Ely is a rocker and honky-tonker as tough as Johnny Cash; Mr. Gilmore, a soft-spoken and spiritually inclined folk and country artist; Mr. Hancock, a more literary ironist, with a hoarse voice. Yet their strong camaraderie and shared sensibility is undeniable and has lasted for nearly five decades.

Released now is their first new Flatlanders album in a dozen years, “Treasure of Love” (Rack’em Records / Thirty Tigers), built on the Simpatico kinds of classic country, blues, roots rock, folk and songwriter songs. -literary composer-performer genres — categories that they merged and that defined the group from the start. Eleven are the favorite numbers they recorded but never prepared for a release before the Covid-19 hiatus, and there are four new originals.

From the deep country catalog comes the title track honky-tonk, one of George Jones’ first songs performed with prominent pedal steel by their pal and album co-producer Lloyd Maines; Mr. Ely’s acoustic interpretation of Ernest Tubb’s 1940s confessional “I Don’t Blame You”; and a casual version of “Long Time Gone” by Tex Ritter, the trio working on close harmonies similar to those used in the Everly Brothers version. There are charming versions sung by Gilmore of “She Smiles Like a River” by Leon Russell and “She Belongs to Me” by Bob Dylan. And the other Texan songwriters are represented by Hancock who tackles Townes Van Zandt’s “Snowin ‘on Raton” and Mickey Newberry’s more comical “Mobile Blues”. Hancock’s distinctive and dashing style is also central to his three originals, including “Mama Does the Kangaroo”. (It’s a dance.)

They conclude with a rock version of the Mississippi Sheiks / Bob Wills standard “Sittin ‘on Top of the World”, linking blues, western swing and rock; these border breakers are the trademark of these gentlemen and their lasting contribution. It’s the music they love, lovingly presented, and fans will be rewarded hearing it.

Plains Cavalry isn’t an established name for half a century, but these twenties have had a strong regional following for half a dozen years, have toured extensively and released several apprentice recordings. , rather folk at first. This new album, “Welcome to Countryland” (an independent release produced in Nashville and available on the main platforms), is for them a marked step forward, with a clear musical point of view, original melodies, a mature confidence in the music. representation of romantic subjects, and increasingly fresh and distinctive lyrics.

They are a straightforward and upbeat electrified country-rock band, but as the title of the 14-track album suggests, they are aware of hard country, so heartbreak can be mentioned, and often centered on the violin, as often happens in Texas aggregations. Their reflections on the rules of the genre are acknowledged in the opening track, “” Country Is. . . ” : “Don’t be fooled by first impressions; The country is what the country means to you.

At the heart of the group is Cleto Cordero, lead singer and lead author of almost all of their songs, but he’s a cohesive unit, not just a backup for him. The range of instruments includes this prominent violin (Wesley Hall); keyboards, including organ B3; banjo, drums and acoustic and electric guitars. Thematically – which works, given the sound and their own experiences – several songs take place in local bars or star-studded backyards, usually before, during, or after dates or encounters with old flames. . The consequences vary. “Well Spent Time,” “Some Things Never Change,” and “Dancin ‘Around a Fire” all take place in these region-specific but generally understood locations.

The airy “Getting By” may sound more familiar, but it goes where few rock or country songs do, honestly – to a straightforward description of the expectations of middle-class life, neither rich nor poor, “somewhere in the middle, just to get by. ”“ Life without you ”begins with the kind of phrase that shows the local language is becoming mastered:“ Life without you would be a Tuesday at the motel near Denny’s on the dark side of town ”. It’s a mouthful, but well worded as sung and, to those ears, memorable. In the ballad “Daydreamer”, Mr. Cordero sings “rainbows roto-plowing in my mind”, and you will not hear about it elsewhere.

A new track that inevitably grabs attention is “A Cowboy Knows How” by traditional country star Luke Combs and writing partners Dan Isbell and Jonathan Singleton. It’s an “after she left me” song so western in terms of references that Mr. Combs found it more appropriate for these guys than for himself. And it’s.

-Mr. Mazor reviews country and roots music for the Journal.