Musique En Vue DISCOVER THE ART OF PUBLISHING
Home Quebec music Valérie Lemercier, director of the biopic of Celine Dion, has the blessing of the singer 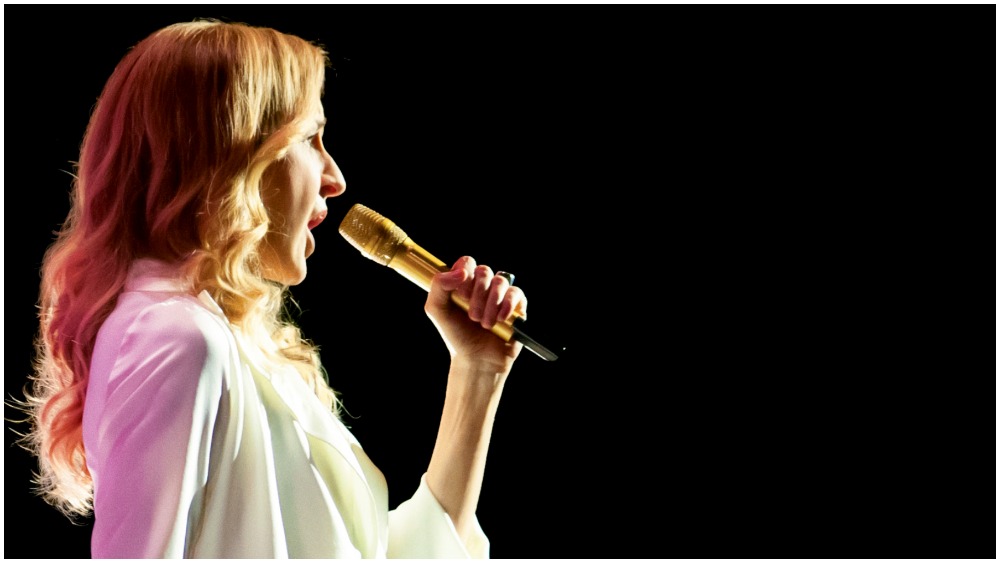 As any Celine Dion fan will tell you, the Quebec singer – also known as Canada’s National Treasure – is something of an actress. Whether remix “My Heart Will Go On” with DJ Steve Aoki, using only his voice, or put your own version on “Baby Shark” in a “Carpool Karaoke” segment, Dion is hilarious. And it is therefore normal that for his first major biopic, the legend was played by a comedian.

French comic actress, stand-up and director, Valérie Lemercier was more than up to the task with “Aline”, produced and distributed by Gaumont, which she directs and plays in the role of Aline Dieu, a character fictional who is supposed to be Dion.

The film – which received Dion’s blessing via the artist’s French manager – is loosely based on the life of the “My Heart Will Go On” singer, although Lemercier changed his name and some events in order to give the film a certain freedom of creation. (One departure that will raise eyebrows in Canada is the accent of Dion and his family in the film, which leans more towards the French accents of France rather than the specific Quebecois accent – a painful subject between France and French Canada. .)

Previewed out of competition in Cannes on Tuesday, “Aline” is a love story above all, which focuses on Dion’s education in Quebec and his scandalous first relationship with manager René Angélil – 26 years his senior – who would later become her husband. . Lemercier takes us through the singer’s journey, from local talent to international superstar, with many of her hit songs along the way.

In an interview with Variety, Lemercier discussed his admiration for Dion, why the film didn’t use his real name or original songs, and the policy of French accents versus Quebec accents.

Did you get Celine’s signature for the film?

The first thing I did was give the script to his French manager. She read it and said it was good for Celine; she said that doesn’t make fun of her. She could see how much I loved her. It was the first thing I did but Celine didn’t want to read anything. She hasn’t seen the movie.

But does she agree with the film being out in the world?

The marriage proposal, for example, there was no diamond ring in a mirror but [René Angélil] was like that. He liked to feed people. I know that. And that’s the kind of thing he would do, invite the whole crew over for ice cream in Naples.

Tell me a bit about your own relationship with Celine. Are you a fan?

Yes, but late. Not in the early years. Not when she was 14. After his first [major] album in 1995, I started to know [her work]. I didn’t know her before. When I saw his first steps alone [at her husband’s funeral], I was very touched by that. I said I wanted to make a movie about her. I spent about a year watching everything on Celine, day and night. Of course, [I read] lots of books and watched videos on René. I have listened to a lot of songs about Quebec and read about the history of Quebec. I wanted to make a film about Quebec, not just Céline… In Quebec, culture is song. It’s really important not only in Céline’s life but in Quebec life and mine. I grew up on the Quebec songs of Félix Leclerc and Robert Charlebois.

Have you ever met or seen her live?

Only once, on stage. I have never met her.

Yes. Sometimes in my dreams I would see her arrive after the movie premiered. But I know it’s probably not easy to see yourself on the screen. Throughout her life, she lost her father, mother and husband. If I were Celine, I’m not sure I would have run to see him. I hope she recognizes something [of herself in the film], but she has to do what she wants.

In your previous films like “Royal Palace! with Catherine Deneuve, a royal family show in which you play a character in Princess Diana, you have leaned towards satire. But this is not satire.

Not at all. I wanted to be first degree – all the time. There is a small segment on the Quebec accent, which we could take away from the film and that wouldn’t change, but it was, for us, something funny. The Quebecois vocabulary is not in the film, and I asked the actors to use very [light] accents. In France, when we have [Quebecois director] Xavier Dolan’s films, they are subtitled. I didn’t want that. I wanted the film to be understood by French speakers in Europe. And I know that Quebeckers think I don’t have a good accent, and it’s true. They’re right. But I preferred [strive] for less than for more.

Celine Dion’s songs are featured in the movie, but you lip-sync them right?

No, it’s not Celine Dion who sings her songs. We have the right to sing the songs again, but by French singer Victoria Sio. We heard from 50 singers and we finally chose her. We worked a lot last summer in the studio for [perfect the delivery].

Wow. She is very convincing.

I know people think it’s Celine, but it’s not Celine. We could not [do] the film without having the right to sing all these songs. I wanted to have “The Power of Love” but it was not possible. So I didn’t put it in the movie. The only song that had a problem was “Ziggy” [from the Quebec musical “Starmania”]. Michel Berger, the composer, said I wanted to listen [Sio] sing before allowing the song.

Did her team specifically say that the movie couldn’t be called “Aline”?

No, it was my decision. We wrote the screenplay with Brigitte Buc, who wrote “Royal Palace! also and she said, ‘Change the name, everything will be easier’ and that’s right. It’s the scent of his life, but it’s not exactly the same.

Where did you shoot?

We toured in four countries. This is why the credits are so long. There were 7,400 people working on the film.

This is the first major biopic on Celine Dion. Can we officially call it a biopic?

You can. I chose “Aline” because it’s funnier and I prefer a well-written lie than the truth. They offered to shoot in a house that belonged to Céline and René and I didn’t want that; I wanted to create their own house. I wanted a little distance. I have tried to give the audience an idea of ​​what I think life is like.

What did you find most difficult about becoming “Aline”? Because she’s so funny, isn’t she?

She is funny. She’s never, never boring. From 12 to… she’s always funny. She twists everything, even sad things. And she is lucky. I did not imitate his voice, but his body, yes. I tried to move like her… I wasn’t the prettiest little girl in school either, so that’s something that touched me a lot. I was also not very good at school and spent a lot of my life on stage because I did a lot of one-woman shows as a stand-up. Since I was 26, I’ve spent 30 years on stage so I know – on a small scale – what it is. I spent a lot of time in the lodge, eating my chicken in front of the mirror and spending a lot of time on the road away from my family. And the loneliness that you can feel when it’s over and people are gone: that’s something I can understand a lot.

Do you see the international potential of the film?

It is already sold in 42 or 43 countries, but not yet in the United States. Canada co-produced the film. They will be released two weeks after France. I’ll go. They are waiting for me with a [pretends to wield a knife]. They are afraid of my accent. They don’t like it. But they only saw the trailer; they haven’t seen the movie.

Right. Because you used a French accent rather than a Quebecois accent in the film.

Yes. And I want people to laugh. And if you have a very emotional scene, and if you speak with too heavy an accent, it can be ridiculous. So I didn’t want that.

What awaits you after “Aline”?

I would like to do a musical, but with original songs. I am very interested in music. I love making movies, especially getting the best of the actors. But I spend a lot of time looking for songs and music. The greatest joy was seeing that every song in the movie was perfect, because it’s a love story. It’s something warm, not sad.