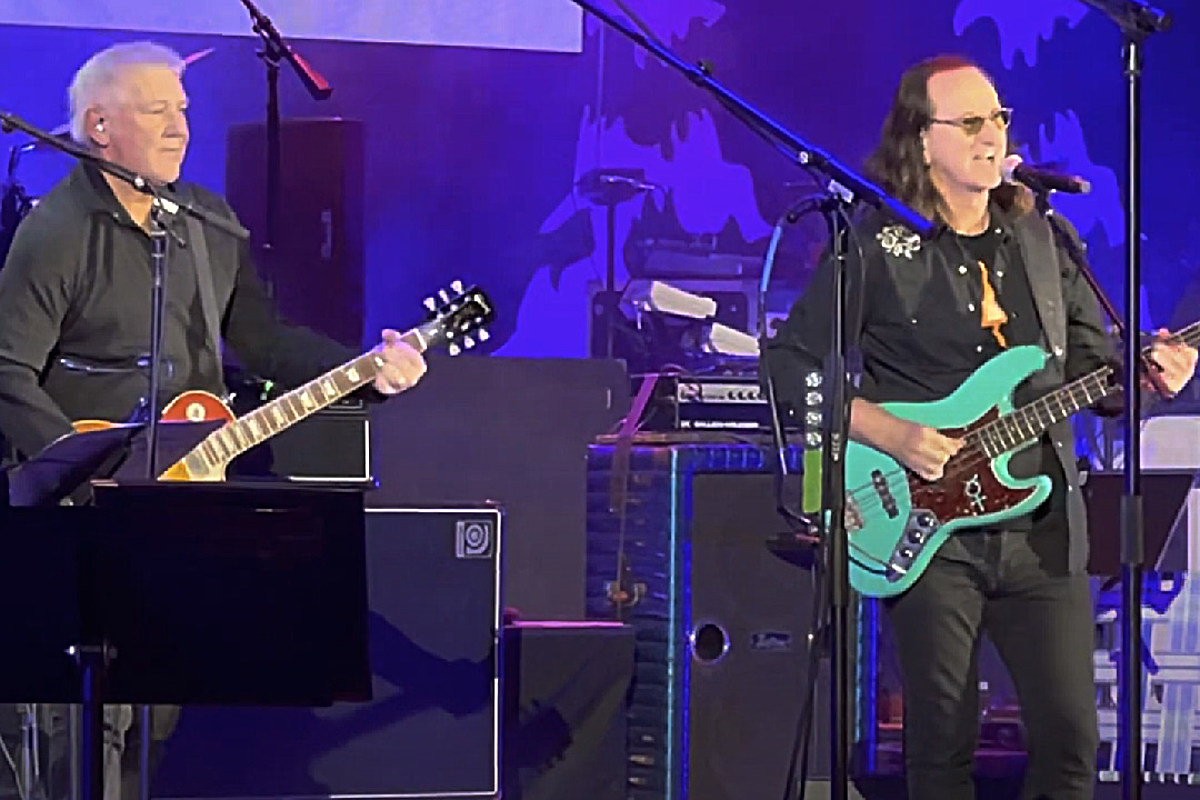 Geddy Lee and Alex Lifeson came together on stage last night to deliver a performance of Rush’s classic ‘Closer to the Heart’.

It took place at the Red Rocks Amphitheater in Denver, as part of a celebration marking the animated comedy’s 25th anniversary. South Park. Lee and Lifeson took the stage alongside Primus, while show creators Trey Parker and Matt Stone also joined in – and it turned out to be a big moment for drummer Stone.

The performance can be seen below. South Park: The 25th Anniversary Concert will air on saturday (August 13) on Comedy Central, then on Paramount+ a day later.

Prior to the reunion, the crowd watched an animated scene in which Lee and Lifeson discussed being invited to perform in the anniversary performance, with Lifeson exaggerating his Canadian accent. The cheers from the audience rose when they saw the duo appear on stage and realized what was about to happen.

Watch the All-Star performance “Closer to the Heart”

Primus frontman Les Claypool says his band and co-stars Ween decided to include “Closer to the Heart” on the previous night’s show some time ago, knowing in advance that Lee and Lifeson would be there for the second. He said he told Stone, “‘Matt, you gotta play drums.’ He was like, ‘Um, I don’t know, this is hard…’ And I pushed, pushed, pushed him to play this thing, because he had no idea we were dropping this on him. Eh well, there you go, my brother!”

Near the end of the song, Claypool paused and told Stone to “play the biggest drum hit you’ve ever played in your entire life right now!” Stone’s musical response was understandably muted, especially as Claypool reminded Stone of who else was on stage.

Rush appeared in the 15th season of 2011 South Park episode “Royal Pudding”, in which the the princess of canada is abducted. They performed a parody version of Elton John’s “Candle in the Wind,” retitled “Like a Fart in the Wind,” heightening the emotional pain Canadians felt over the incident. Lifeson becomes so upset that he shoots himself during the performance. Rush has also been referenced several other times.

Watch the alternate angles of “Closer to the Heart”

Legends Who Never Had a No. 1 Single

This is all the more surprising considering the success so many of them have had by any other measure.

The Rush/Metallica team that got away