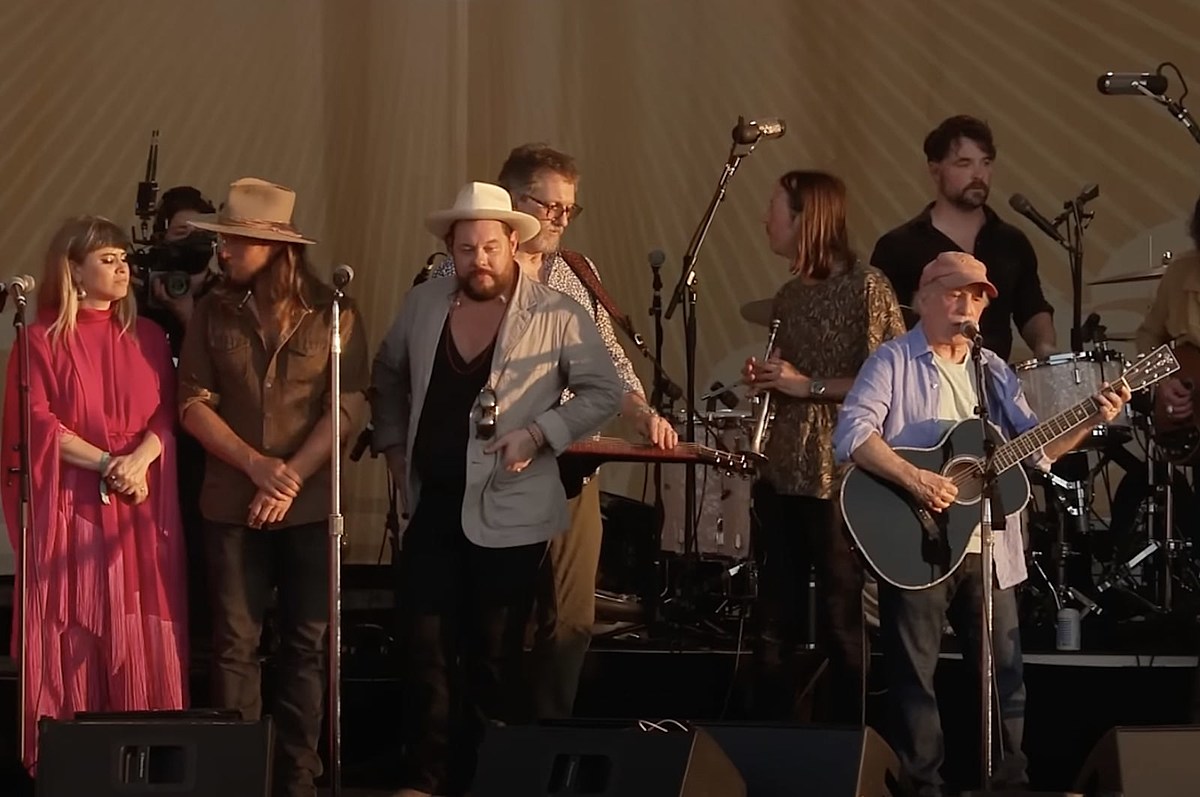 Rateliff and his band, the Night Sweats, first performed a full set of Simon covers with several guest appearances: “Mother and Child Reunion” with Lucius, “50 Ways to Leave Your Lover” with Lee Fields (plus Phil Cook on keyboards), “Slip Sliding Away” with Courtney Marie Andrews, “St. Judy’s Comet” with Midlake, “El Condor Pasa” with Natalie Merchant, Adia Victoria and the Silk Road Ensemble, “Homeward Bound” with Lukas Nelson and “Cecilia” with Marcus Momford.

Simon then joined Rateliff for a rendition of “Graceland” before performing “American Tune” with Rhiannon Giddens and joining Rateliff and the rest of the performers again for “The Boxer”. Simon closed the set with a solo performance of “The Sound of Silence”.

You can watch footage of the performance below.

“What a joy to work with Nathaniel and his amazing band,” Simon said of the experience. “The festival atmosphere was just wonderful.”

It was Simon’s first-ever appearance at the Newport Folk Festival, which has been running since 1959 and has hosted iconic sets from Bob Dylan, Joan Baez, Joni Mitchell and Leonard Cohen. At the 2022 festival, performers included the Taj Mahal, Brandi Carlilethe Roots, Courtney Barnett, the National, Japanese Breakfast, Maren Morris and more, including a surprise appearance from Mitchell.

“It’s hard to put into words the joy we felt in bringing great American songwriter Paul Simon to the Newport Folk stage,” Rateliff said. “Thank you, Paul, for your songs, your voice and your presence.”

Paul Simon has always been an uneasy folksinger, a role his record company tried to get him to start with on Simon & Garfunkel’s debut album.